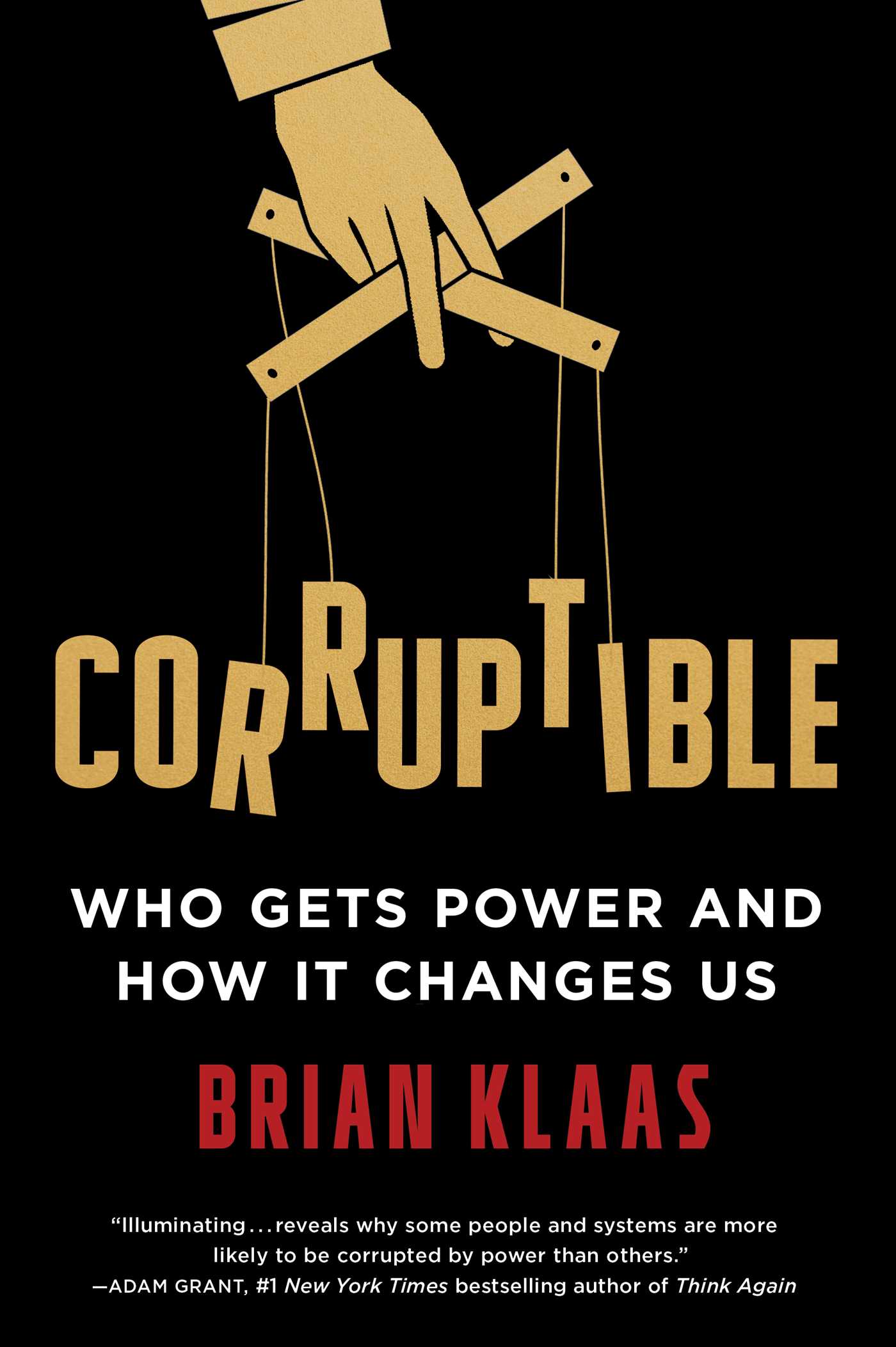 I finished this Jan 25th and it was an informative read. It has some good and surprising information on one of the biggest plagues humanity has which is leadership by narcissistic Machiavellian sociopaths. It offers some methods that might help control them but there is still a long way to go. 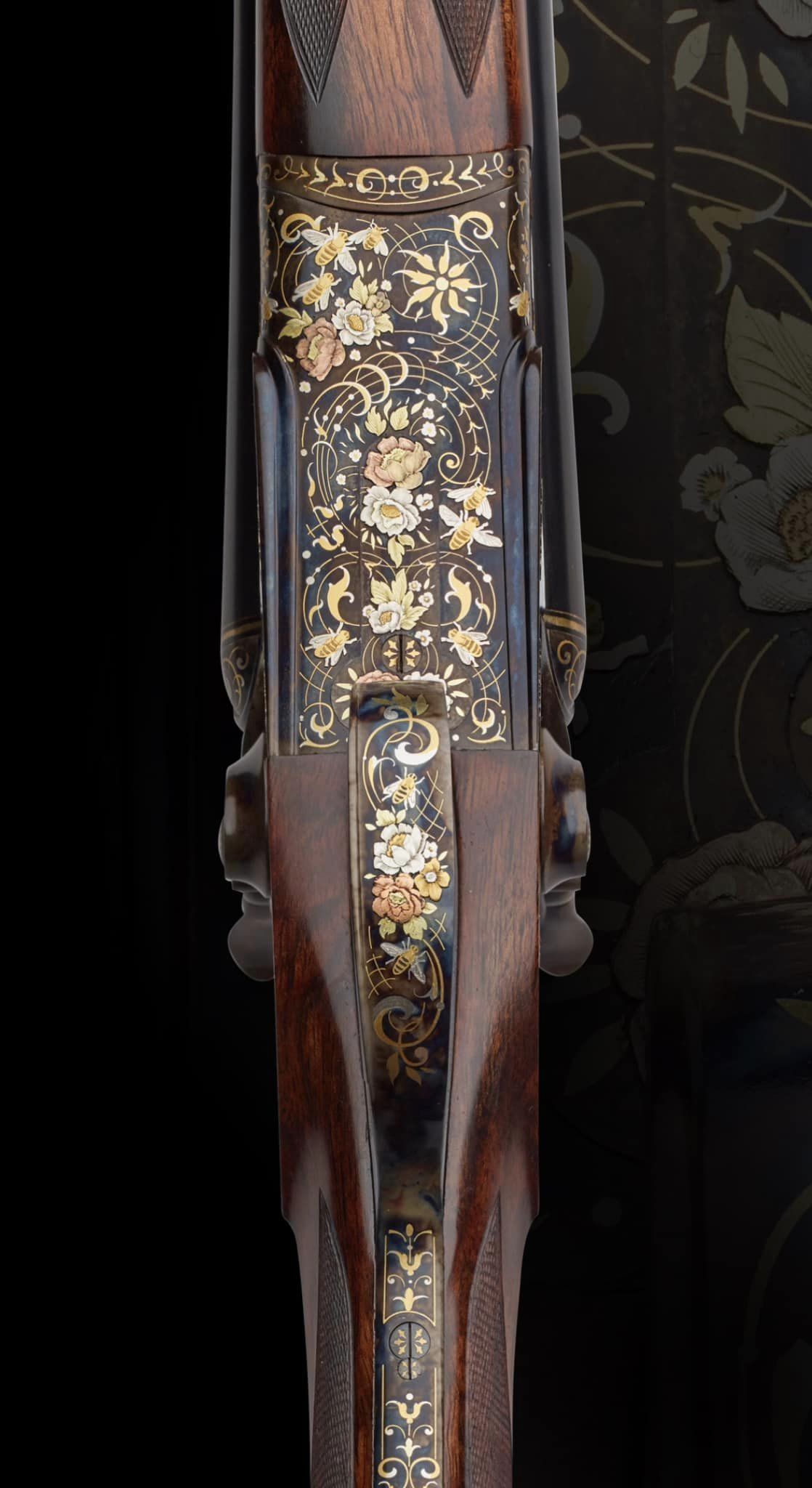 He became a decorated Soviet commando, a dissident, and western Mongolia’s first eco-entrepreneur. I was his first client and he became extremely successful.

Eagle Dreams will give you an idea of his character:

“That night, refreshed by hot water and clean clothes, we went to dinner at the Disco Bar, where we promptly had our first and last Kazakh urban experience. Three huge young men in buzz cuts were at the bar, being young and loud. Siassi, dressed like something out of Saturday Night Fever in bellbottoms, thick-soled shoes, and a shirt opened halfway to his waist, caught their attention, and one began to jeer at him. He yelled back, and suddenly he biggest of all was leaning over the table, threatening him, and, apparently, us. He turned and poked a finger in my face, shouting.

I stood up, pushing my chair back for room, figuring that if we didn’t say something we were going to be squashed like bugs. Canat put his hand across my chest, saying “No, Stev, wait, let me talk to him.”He  put an arm around the youth’s shoulders and walked him toward the back of the room, smiling and speaking in a low voice. I looked over my shoulder to see Siassi all but running out the door, then back to Canat, who was returning with four beer mugs. Behind him came the former thug, who shook my hand western-style, and indicated that the beer was from him, for us.

“They were just kids, from wrestling team. They thought you were Russian. Many here do not like Russians.”

“I told them that I did not know them, but maybe they know my name. I said, ‘I am Canat, the soldier. If you are nice, I will buy you a beer. If you make fight, I will kill you.’ They decided to buy you a beer, to apologize.” They bought us two more rounds before we could leave, and toasted us as well, asa though we  were new-found friends.” 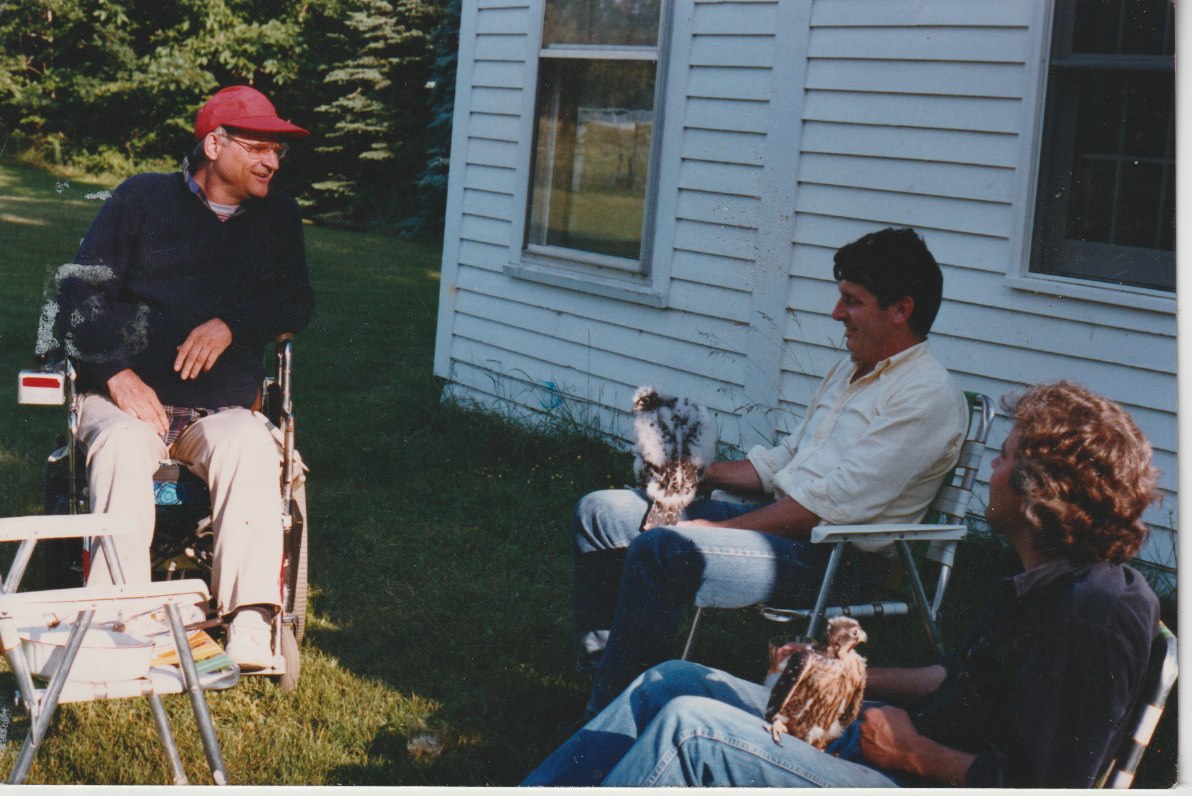 I just learned  that my wild old falconer friend Mark died in a car accident returning from hunting in Texas to Maine. He was 76. Hs wife survived  the crash.

Mark was virtually tl;he founder of falconry in Maine. He was a wild man, a teacher of science but also a happy barroom brawler who liked to challenge loggers in their bars up north. I first met him in 1990 when he drove to my house in southern Massachusetts with a newly caught passage Goshawk on his fist and a case of beer on the seat. He drove back the same night, which was typical.

He also married his wife and true love( (and lifelong hunting partner) when she was his high school student. (She was also of a different Class- Stock car racing trailer trash of French   descent, touchy and proud; Canuck “Wood ticks”..

Cyndi simply handled all situations with aplomb, whether they required diplomacy or a bigger wrench;  she became a high official in .the Falconers’ but would  always call a spade a fucking shovel. She was with him when he was killed, many years later, and  we send her condolences in her grief…

The photo was taken ca. 1990, on Mark’s farm on the Saco river when I had briefly taken refuge from the the chaos around Betsy’s death. The  household included me; Eric Wilcox, already selling  serious carpets while still lingering in law  school; and the wild  outlaw BANKER  Moose Miller, utterly one of s a kind.—l ong -bearded  and tall. He  collected and crashed vintage Cadillacs , and sang his own obscene versions of pop standards into his tie (which became his microphone) ,after he had consumed enough rye whiskey . he  trained   racers  at the track (the ones that  pull  those little carts) for money ,  after polishing off  his nightly fi\ffth.  Moose was  a true Yankee.. Also another distant cousin sas are  al l t+Black Celts (Mark ,:Eric? )

Mark is on .the right,with a bird;(T G- ‘Top Gun)’ in his youth I think). The  other character is the late quadriplegic  adventurer and writer Bill Wse. He deserves at least a page himself.

Japanese Cranes or as they are also called Red Crowned Cranes.

A very pretty image. No clue who the artist is but likely Japanese as they have a big cultural thing for these birds. The poster called them swans and took some heat for that.

Sometimes winter can seem tranquil versus the PITA it is here on the freeze thaw line. 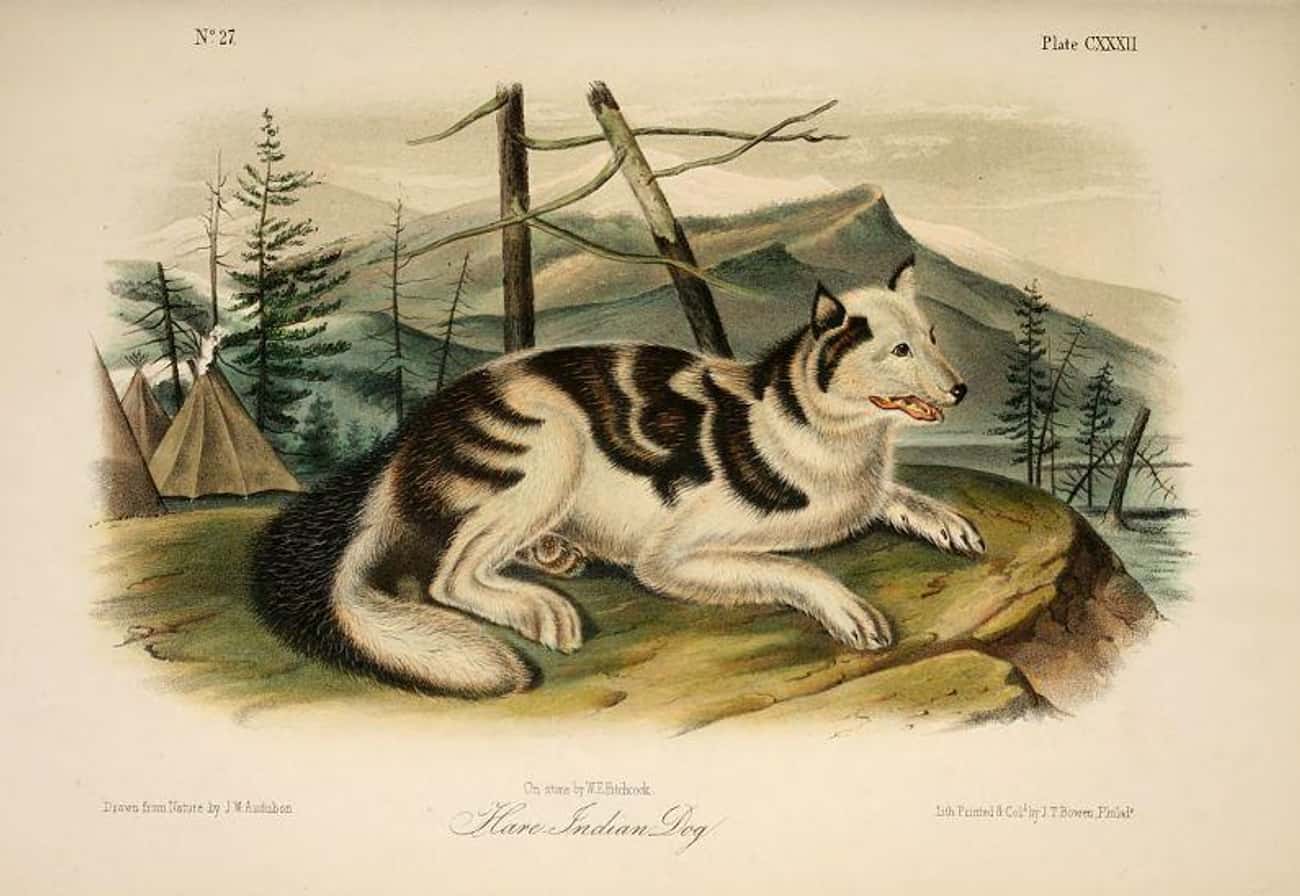 These dogs were a medium-sized, long-haired canine used by the Northern Canadian Hare tribe for hunting.

Traditional methods of hunting phased out with the breed soon mixing with other domestic dogs. The Hare Indian dog slowly disappeared in the 1800s, and are now extinct.

Never heard of it before.

The ​ domesticated breed of coyote ​ angle is interesting. A friend told me a second hand story of a guy with a hand raised coyote who  said it was way sharper than a dog when it came to hunting.

There is some question on what Hare refers to in the comments. The wiki link above says it is the Hare tribe. So Hare not hair, however there was a Salish Wool Dog bred for its hair. 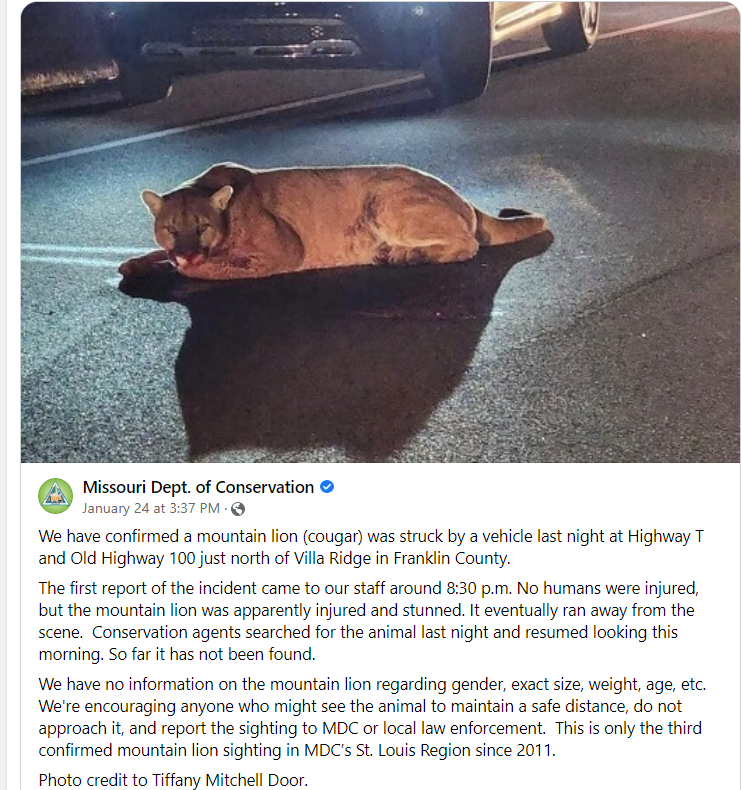