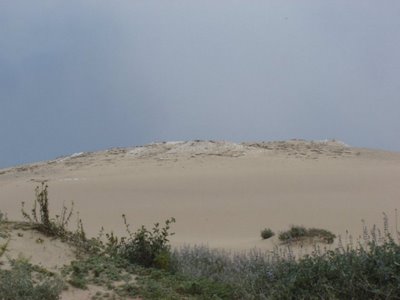 I was up in the area last week and took this picture of what the “Lost City” looks like today from the entry road. 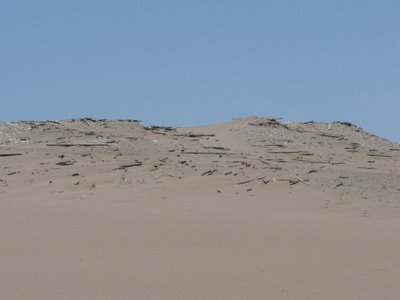 This shot shows a little better the scatter of boards, rusted nails and plaster of paris fragments that are the surface manifestation of the site. The area is closed both to keep vandals away and to protect nesting areas of an endangered species, the Western Snowy Plover. 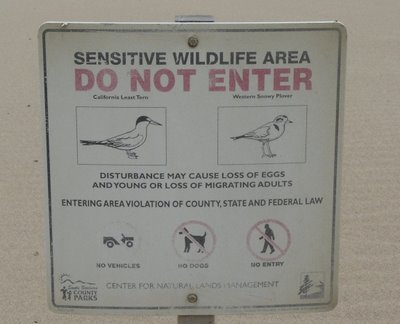 The plovers cause lots of seasonal beach closures in this area. Every year, the city of Santa Barbara has a large Fourth of July fireworks show at West Beach. This time last year, the city was panicked because a pair of plovers nested right in the middle of the fireworks area. They had plans to cancel the show. They were saved when a raven came and ate the two eggs.

4 thoughts on “The Lost City of DeMille – Continued”