What happens to water after we’re done with it? Is it wasted?

My kids want to know because I keep yelling at them to turn off that tap while they brush.

But actually, I came to terms with this question a while back, finally deciding that if a hydrological cycle was good for anything, it must somehow be replacing the water we lose in the sink and flush down the john.

I’m aware we burn fossil fuel to make electricity to clean our water and pump it all back uphill to the big tank; but basically, it’s the same water living beings have been filtering and pumping for a couple billion years. Right?

Earth’s ecology is a closed system. We get a few occasional elements from space and lose a bit from time to time (we recently shipped some metal to Mars, for example), but isn’t the whole concept of ecology based on the notion that all life’s essential components are recycled?

“…The vast amounts of food lost to spoilage and insects in poor countries, and simply tossed in rich ones, also represent an enormous stream of wasted water, according to a new report that calls for big improvements in a world heading toward 9 billion hungry, thirsty mouths.
“The report, ‘Saving Water: From Field to Fork — Curbing Losses and Wastage in the Food Chain,’ was issued on Thursday by the Stockholm International Water Institute, Food and Agriculture Organization of the United Nations, and the International Water Management Institute (report pdf here). It outlines ways that governments could halve the amount of food lost between field and plate by 2025.
“The amounts of waste are staggering. In the United States, nearly one-third of the food that is produced each year, worth about $48 billion, is discarded. The water it took to grow and process that wasted food amounts to about 10 trillion gallons, according to the analysis. Many European countries have similar losses, proportional to their size.”

Despite the fact that all this water is not vanishing straight into space, the energy we use to move it around surely could be better spent.
Speaking of waste, the Mullenix Household started composting a few weeks ago. It has been a fun and interesting experiment, one which I hope will bear fruit (literally) in next spring’s garden.
We might even have some compost in time to feed a winter crop? The tomato plants are out now and the bed waiting for something else. 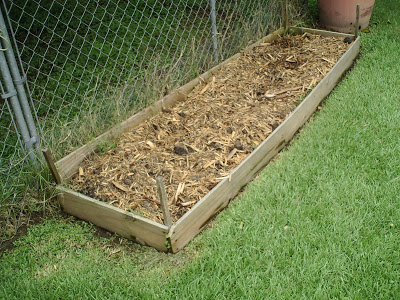 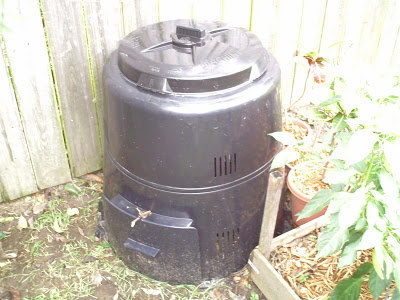 Here’s the little pail we’ve been dropping our kitchen waste into. 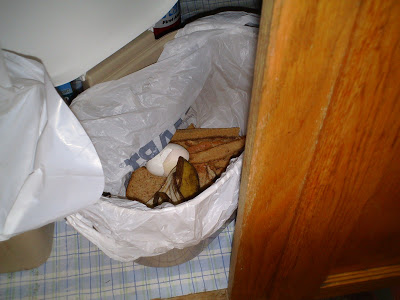 Here’s where the garbage goes. 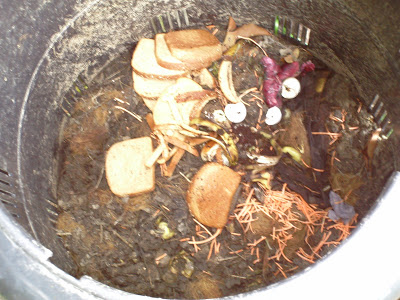 A few turns of the spade (can you see them?) reveal a little shop of horrors: Many hundreds of plump, fleshy maggots, writhing in the darkening mess. Mother Nature is hard at work in our bin of Canadian plastic. 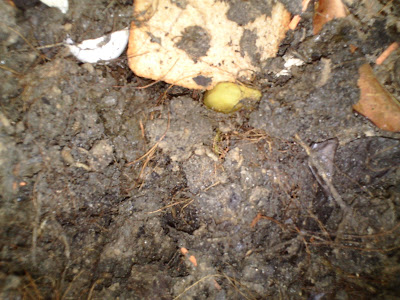