Skip to content
Look at this healthy old- type chow, still used to hunt in China. 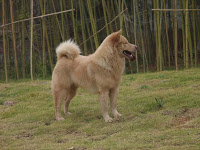 According to Vladimir Beregovoy the Chinese call them “bony dogs”.

Here is what they call “fat dogs”, the “improved” Euro-American chow. 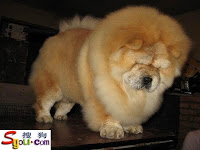 How can this dog see, breathe, or walk?

DR John Burchard used the word “qualzucht” in reference to this. I asked the group and Daniela replied first:

“Qualzucht = “torture breeding” in direct translation. It seems to fit just right here. I wonder what other problems, including respiratory and skin disease these poor creatures are prone to, in addition to having to support those huge heads on their miserably deformed bodies…”

In Germany they legislate against it. It is hard to know why such laws are even needed– can’t people SEE?

More good Chinese dogs in a while.