Skip to content
Which means “Urfa Pigeon”. The ancient city of Urfa in Turkey may be the oldest- looking town I saw in that country, and the most pigeon- obsessed town in the most pigeon obsessed nation in the world– see the “links” post below. What other country has town councils soliciting funds to preserve rare breeds? And what other town but Urfa would feature a larger than life photo of one of its “feathered warriors” in the lobby of its fanciest hotel? 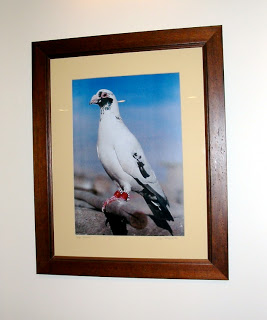 This black dewlap– photo taken across the border in Syria by Sir Terence Clark– is one of the breeds used in “pigeon wars”. (Turks and Kurds– Urfa is primarily Kurdish with a large Arab minority– use jewelry too). 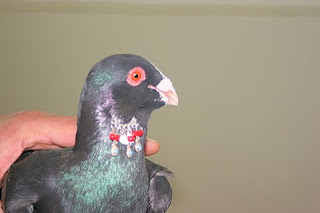 The old court in Urfa, near the pool of the “sacred” carp. Urfa is a palimpsest of buildings and architecture from as long ago as Biblical times. 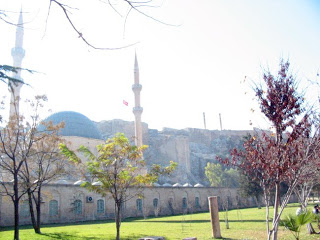 A cupboard loft in my favorite restaurant, with Ankut trumpeters (top and right) and Shirazi tumblers. 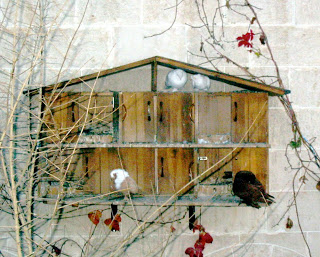 Evening from my hotel window, with the “war” flight still in progress over those hills, unfortunately not visible to my point and shoot’s resolution. 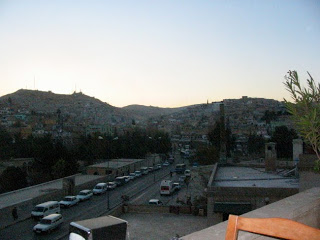 I’d go back in a second if I could do it on my own terms.