I’m getting feedback in email as well as comments on shelves- I suspect full bookshelves are common in the houses of Q readers, So, a few more, with and without tales. Remember to click for big images…

Mostly old or “special” books on the redwood desk: 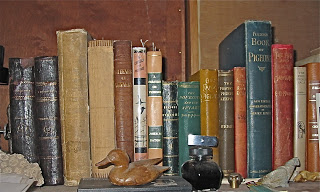 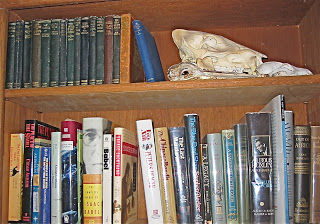 Some sporting titles and things… 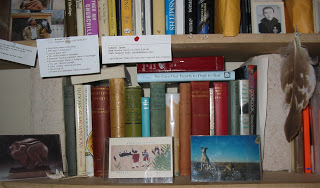 Parts of some of my few actual collections- THW firsts, Beebe, Seton, Kingdon, Victorians, pigeons– and some random bug stuff. 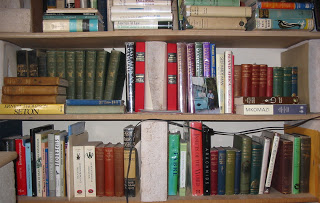 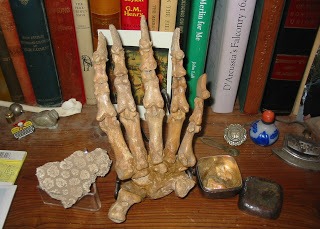 Another “object”, so called by Dr Hypercube at Diary of a Mad Natural Historian. What is it? (Not exactly what it seems). 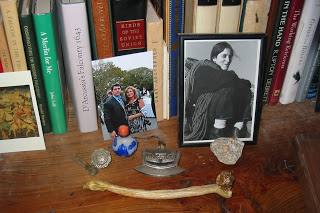 One more. Go back to the first photo and look at the book that rises behind the little cypress Louisiana decoy, just to the left of Al Hochbaum’s wonderful Canvasback on a Prairie Marsh (future post?) It is an “uncommon first edition”, to quote an old dealer’s scrawl inside the cover, of Greener on Gunnery– pretty damn cool.

But it is cooler than that, because the book, a gift from my very old friend (in time not age) Jeff Nicoll, was in its own time a gift from Greener to, well, the CZAR. 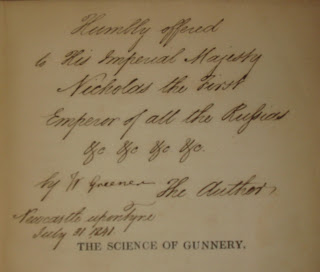 4 thoughts on “More shelves plus…”