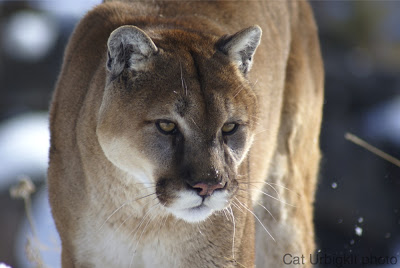 I hate to see the pressure that California Game & Fish Commission President Daniel W. Richards is under for participating in a hunt he had every right to undertake. Although hunting mountain lions is illegal in California, Richards traveled to Idaho for a successful lion hunt. Richards is not only a hunter, but reportedly is a life member of the National Rifle Association – two things that gall animal rights activists (led by the Humane Society of the United States) who are now seeking his removal. A report in California media quoted a California assemblyman who may seek a legislative resolution that would remove Richards from the commission. It’s my hope that Richards will prevail, because state wildlife commissions need to be filled with people like Richards, and by that I mean hunters and those who view hunting as a wildlife management tool.

Disregarding how it enrages me that agenda-driven activists are seeking to penalize an American for something he has every right to do – in Richards’ s case, traveling to the Northern Rockies to participate in a legal activity, and supporting local economies in doing so – my main concern is the need to retain hunting options for managing wildlife. Mountain lions are not endangered – they are a common, widespread large predator. They must be managed, and Richards gets that.

Why should I, a Wyoming rancher, be concerned about the California game commission? I don’t know Daniel Richards, but I am firmly in his corner. I am terrified about the spread of anti-hunting agenda and how that endangers human life when predators are involved, and keeping people like Richards in positions with decision-making authority for wildlife management is critical to stopping this nonsense.

Changing social attitudes towards predators appear to be one of the factors leading to the increase in predator attacks on humans. Wildlife conservation and preservation campaigns emphasize the need to conserve or save species, but provide little support for actual management and control of predator populations. Increased tolerance for wild animals near humans can cause a chain reaction of a wild animal losing its fear of humans, eventually leading to attacks on their human neighbors.

Animal advocates often promote legislation or ballot initiatives that result in bans or severe restrictions on predator hunting – that’s what’s happened with California’s Proposition 117, which banned lion hunts in California. Regardless of where ballot-box wildlife management is initiated, the result is often the same: a predator population that has lost its fear of humans, and eventually becomes a threat to humans. The areas where most of the fatal predator attacks on humans occur are within or near areas where hunting of predators is not allowed.

Voters in some states have banned the sport of hunting mountain lions with hounds in attempt to protect the big predators. But such efforts can come with unintended consequences, such as that experienced in Washington after the hound-hunting ban was passed in 1996. State officials found that instead of the selected lion harvest practiced by hunters who used hounds to tree their lions, hunter harvest was much more indiscriminate. Hound-hunters tended to take trophy-sized adult male lions, but hunters harvesting lions on their big-game package tags tended to take any lion they were lucky enough to encounter, so the number of female, reproductive-aged cats increased in the harvest.

Walter Howard of the University of California, Davis, has advocated that mountain lions must be hunted to be managed properly: “Mountain lions are normally quite shy, wary, solitary animals not commonly seen by hikers, hunters, or other people in the mountains. The absolute number of lions present is not very important, for when lions suddenly become very visible … and livestock, dogs, and other domesticated animals are attacked, the lion population has become too abundant.” Howard suggests that in order to show true compassion for lions, wildlife agencies should use licensed hunters as predators to maintain healthy populations of lions in suitable habitat.

Delwin Benson of Colorado State University notes that the historic pursuit and persecution of mountain lions by humans and dogs has helped to reinforce the cat’s secretive and elusive behavior, thus encouraging their desire to keep their distance from humans. Mountain lions that encounter humans with no negative consequences learn to tolerate people, and the lion’s desire to retreat is dulled. Benson suggests mountain lions should be subject to “aversive behavioral conditioning” such as being pursued with hounds to the extent the lion flees, in order to reinforce the lesson that humans are threats and should be avoided. Lions would thereby learn that humans are not intruders, and neither are they prey species.

That’s the kind of lion management I support. And I encourage hunters to come to Wyoming and other states that allow for such lion harvest (and bear harvest, and wolf harvest, etc).

And to Daniel Richards: Hang in there, sir. Some of us really appreciate your efforts.

Added note: The photo I used with this post is of a captive lion. He’s appeared in numerous nature shows. The snowy tundra he’s often filmed in is an Idaho potato field.

10 thoughts on “In support of Daniel Richards”