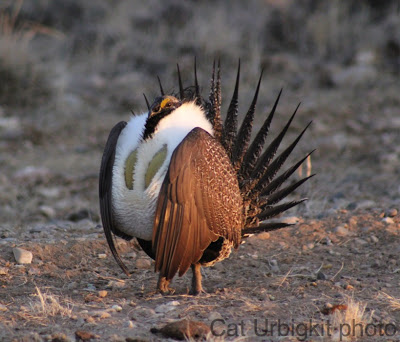 I’ve spent several sunrises this week on local sage grouse leks. It would be a shame to live in such great grouse habitat without going out to witness the activities taking place on these traditional grouse leks (breeding grounds) at this time of year. It’s early in the breeding season, and the cocks are doing some intense fighting.

In corner one above, we have Handsome, an obviously superior stud grouse, looking to collect a harem of hens. 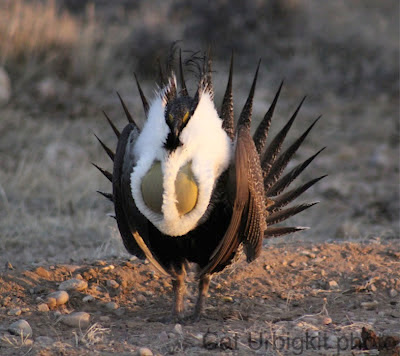 In corner two, we have Punk, a grouse that provides style inspiration to angry young people everywhere.

Handsome and Punk leave their corners and take to whaling on each other. The Greater Sage Grouse is the largest North American grouse. These are big birds, weighing in at around seven pounds.

The two birds in the photo above didn’t fight for long, but we watched two evenly matched cocks repeatedly go up against each other in intense attacks.

They threw legs at each other (grouse don’t have spurs but they have thick, stout legs). They slap the hell out of each other with their wings. 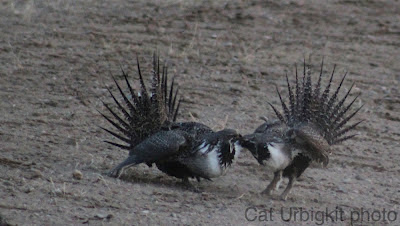 But what looked to be the most painful was when one of these two grabbed the other with its beak, and held on to a chunk of his chest while the fight continued. Ouch! 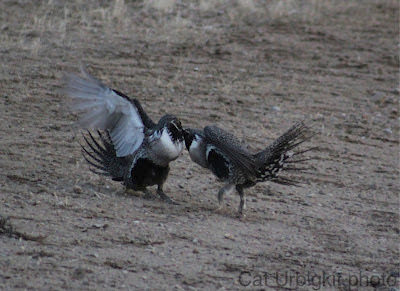 Jim and I kept our distance from these two fighters because they were so intense. They were still going at it when we left the lek after sunrise.