Reader and commenter Gil Tracy introduced me to the work of his friend, the wood carver Floyd Robbins of South Carolina. I didn’t think carving was art until I saw these. You have seen the “dead dove” below; take a look at these extraordinary objects. 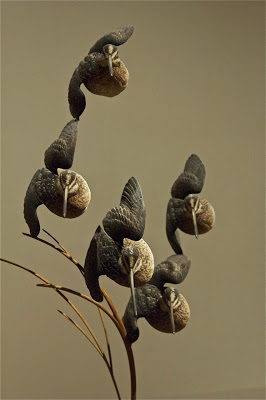 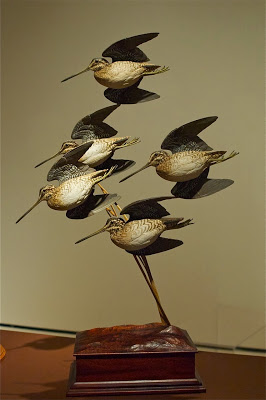 Gil says: “The wisp of snipe has to be seen to be believed.  He engineered it to where the birds are balanced and connected via wingtips.” 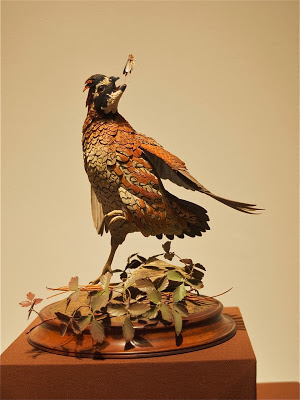 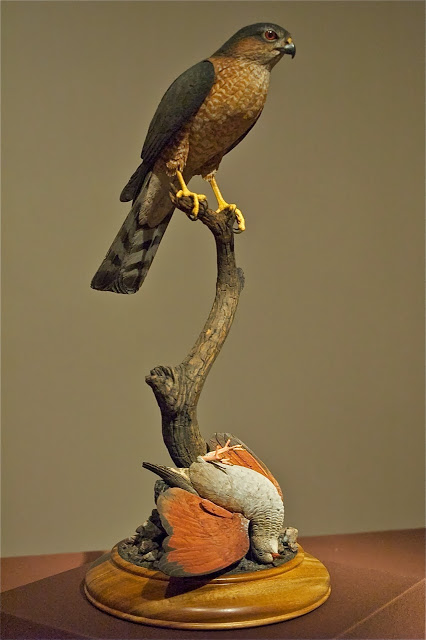 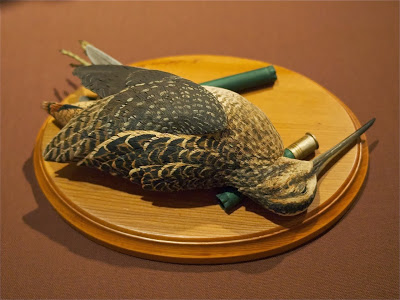 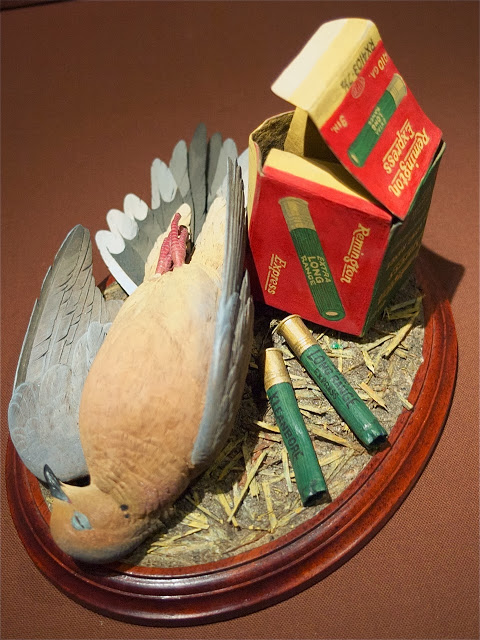 The .410 shells and box are also wood.  Gil : “A few years ago I visited him at his shop.  On an overturned boat that he was repairing, was a dead snipe.  Nothing unusual in his shop as he studies them for color, etc.  Two weeks later the bird was still there.  I poked it.  It was one of his carvings.”