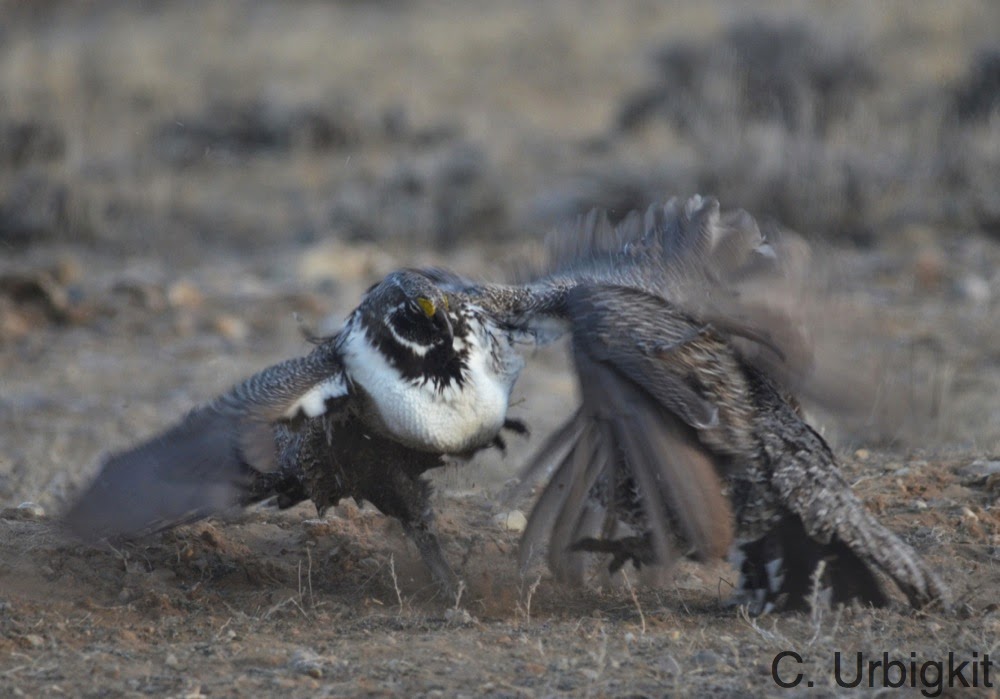 It’s that time of year again: Greater Sage Grouse are gathering on their leks (breeding grounds), with plenty of strutting and displaying by the males in attempt to impress the females. I’ve spent the last three mornings on a lek near our home in western Wyoming, and today was the only day I’ve managed to get any photos. The other two mornings, I was “eagled” which is my version of skunked while fishing. A golden eagle came over the lek just as daylight was breaking, blowing all the grouse off the lek before I could get a decent shot.

The sage grouse cocks did plenty of slapping at each other this morning, but it all begins with trash talk. “What? You talkin’ to me?” 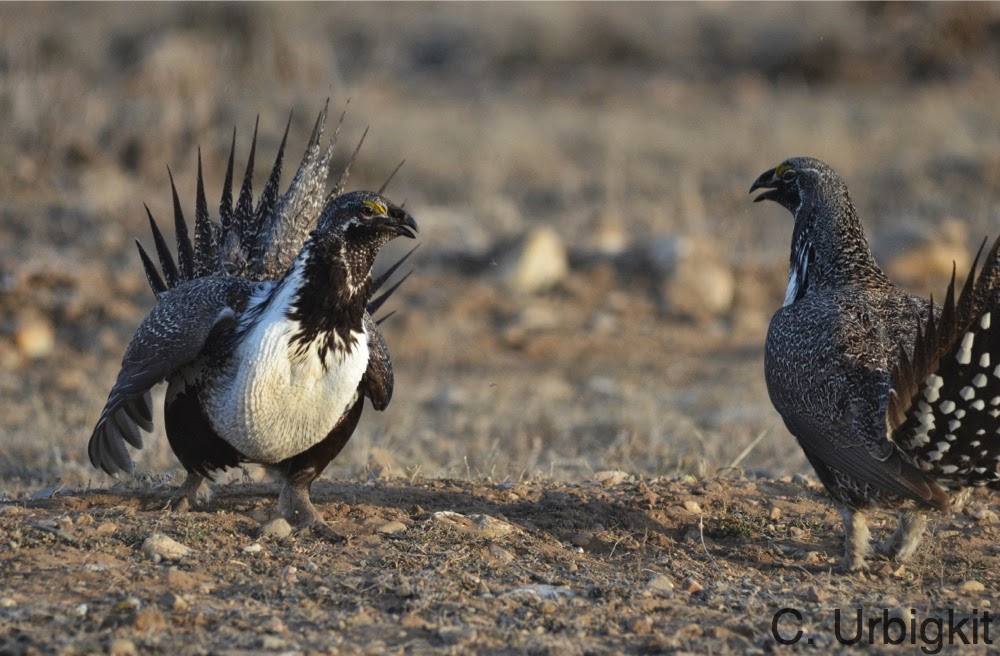 The two then strut around each other, taking measure of the opponent, before squaring off to fight. 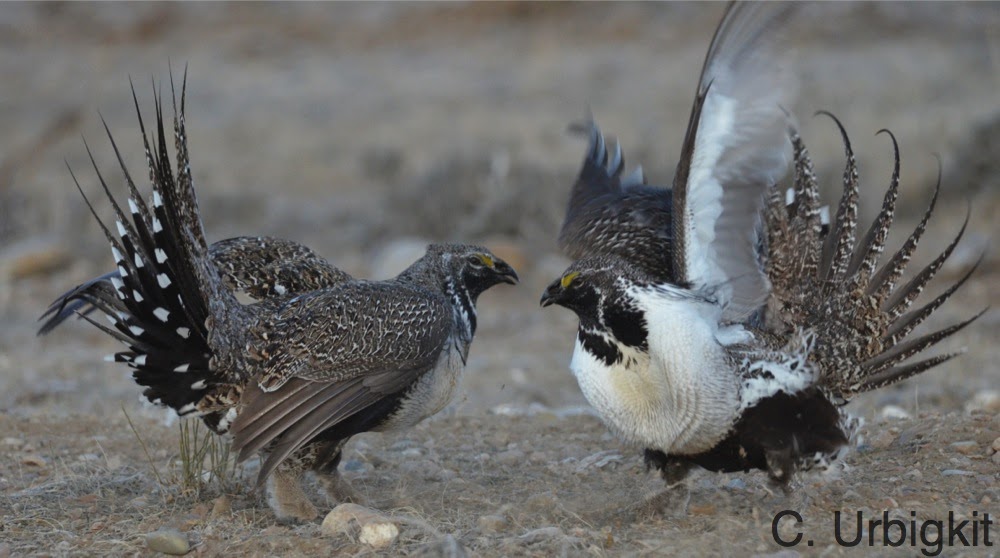 The fight is furious for several seconds. 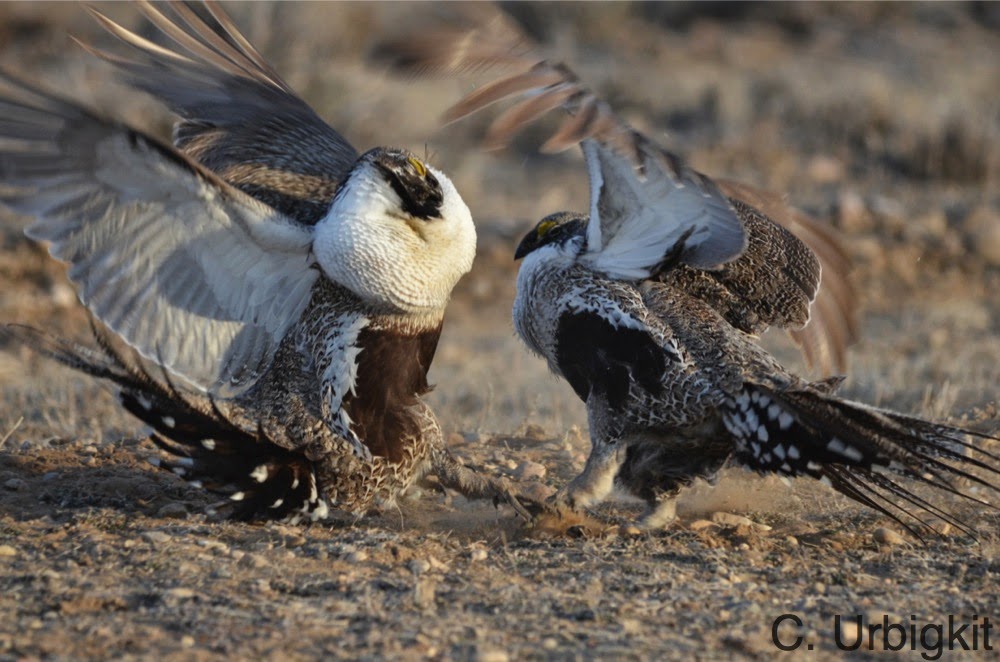 There were about a dozens males remaining on the lek, continuing their disputes, a full two hours after my arrival. Meanwhile, the hens had quietly picked their males and had melted back into the nearby sagebrush.