I think there is an unstated human obsession with wolves, perhaps because they contain in essence both the genes of our species’ best animal friend, and the age -old simultaneous rep as humankind’s most visible enemy. Here are a few recent instances.

I have always heard the some of the big Central Asian flock protection dogs are interbred with wolves. As wolves are among their chief adversaries, and the phenotype is so different, I never took the myth too seriously. I was wrong– apparently there is a surprising amount of fraternizing. One of the scientists involved puts it just that way: “”The shepherd dogs are free-ranging, largely outside the tight control
of their human masters. They guard the herds from wolves, which are
common in the areas where they are used, but it appears that they are
also consorting with the enemy.”

The implications of this, in such areas as nature vs nurture, are enormous. Obviously genes aren’t all, or the offspring would not be useful. Training and loyalty must come in somewhere.

John Wilson participated in a “round- up” of some of the breeding Mexican wolves held at the Sevilleta, where they needed to capture a pair to send to Mexico. I was happy to see they are really being kept in isolation these days, having seen evidence of the contrary a few years back– letting in television news helicopter crews for a shoot is not isolation! Also interesting was how passive and shy the wolves are, offering no resistance. The workers formed a line and swept down the hill to where the den boxes are; the wolves retreated to the boxes; the volunteers then opened the den, pinned the wolves, trussed them, drugged them and carried them out. No one, human or wolf, was injured. 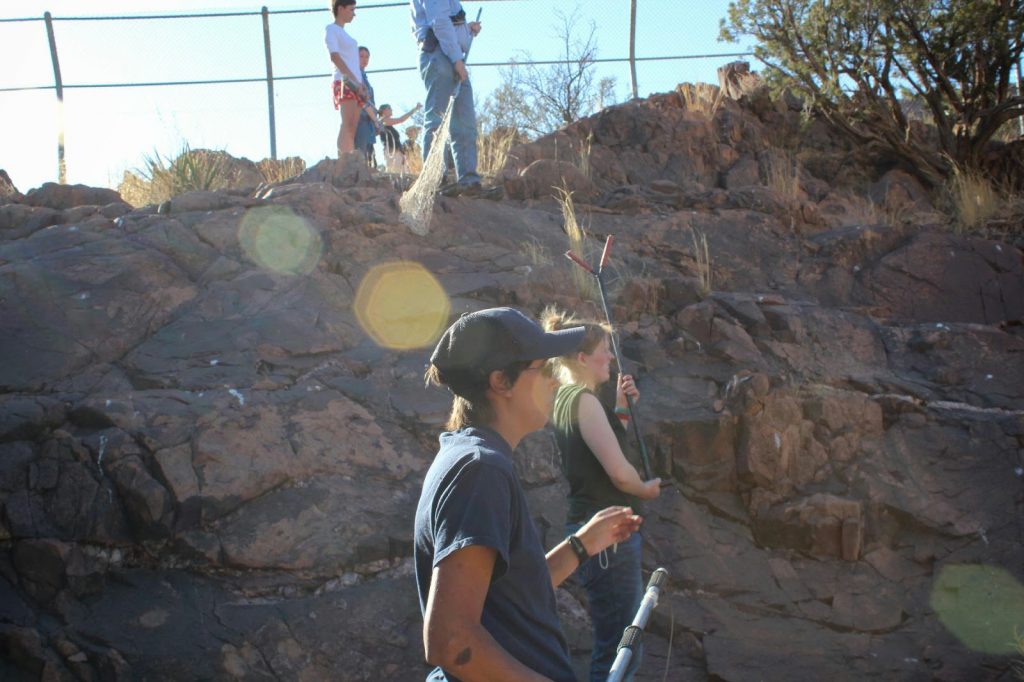 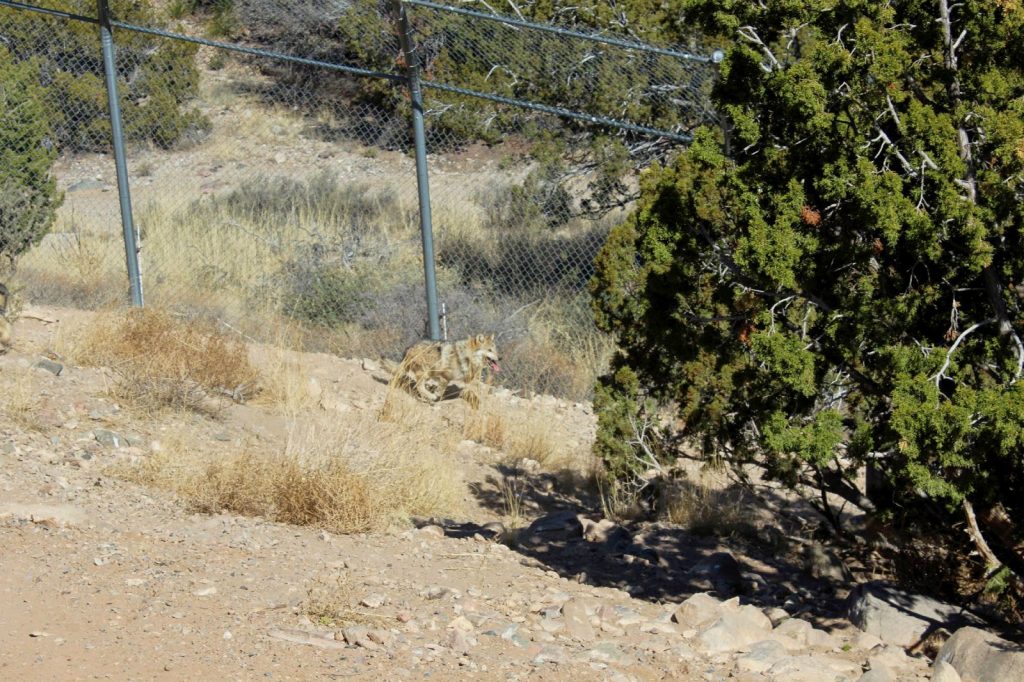 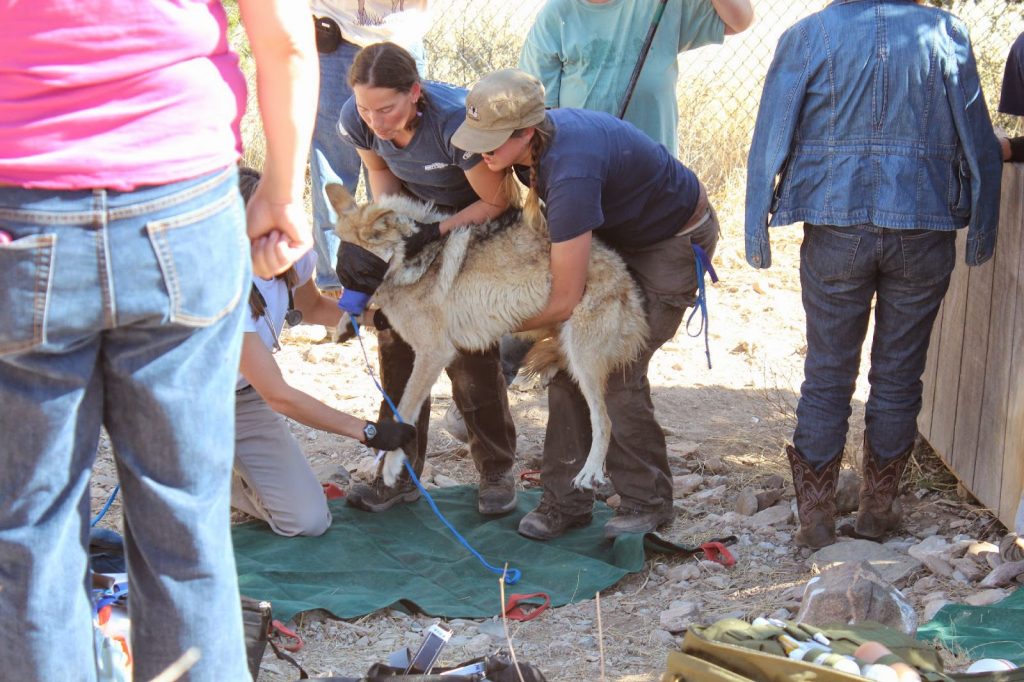 Some notes from John (odd format is from his notes):