Helen is published in Vogue. It must be the first time the act of befriending a Goshawk has been featured there. (tip from Randy D).

She has also gotten a second prestigious literary prize, this time the Costa, I think what used to be called the Whitbread. 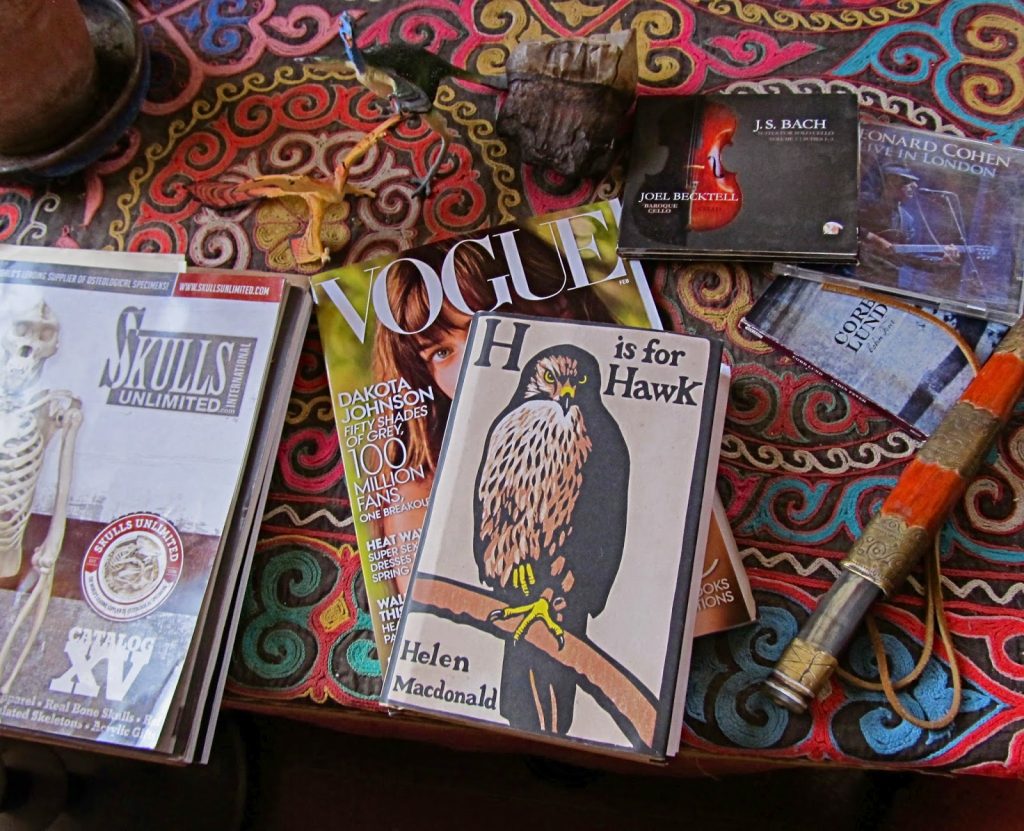 I just ran across this, and am very sorry I didn’t find it closer to Christmas. I will have to leave myself a note to post it in December to add to the spirit of the Christmas season.

“The compact between writing and walking is almost as old as literature–a walk is only a step away from a story, and every path tells.”

Rob Macfarlane, in The Old Ways ; sent by Guy Boyd.

As Bruce Chatwin quoted, from St Jerome I think, Solvitur ambulando. Would that I could still walk the way I used to; I expect much that seems hard would be solved.

Yes, I know; first Patrick, then others, sent me the news that ISIS is now executing pigeon fanciers, some teenagers. I did predict it a few pages ago.

Long ago, I concluded that tyrants tend to get rid of pigeons. Not only are they a primitive form of clandestine, encrypted conversation; watching at them fly above the town is exhilarating, even subversive. If birds fly free, why not me? This proscription reached its zenith, or nadir, in Kabul under the reign of the Taliban, who made it one of their 16 precepts— y’know, no sorcery, abuse your wife, no shaving, no music, NO UN- ISLAMIC PLAYING WITH BIRDS. They killed every highflyer in Kabul in two weeks.

But ISIS or ISIL or whatever the desert plague is currently calling itself, just has to be more badass, as usual. Not content to kill the birds, they are rounding up pigeon fanciers, some under 20, burning their birds alive in sacks in front of them, and executing them.

“…  Have no truck with the senseless thing/ Order the guns and kill.” (Kipling) Which we may have no need to do. Right north of them is the most pigeon- mad country in the world, and nobody ever called the Turks or Kurds wimps. They may have had pigeons for 6000 years, and (Turks) claim to have brought them down the Silk Road’s precursor in carts behind their horses…. 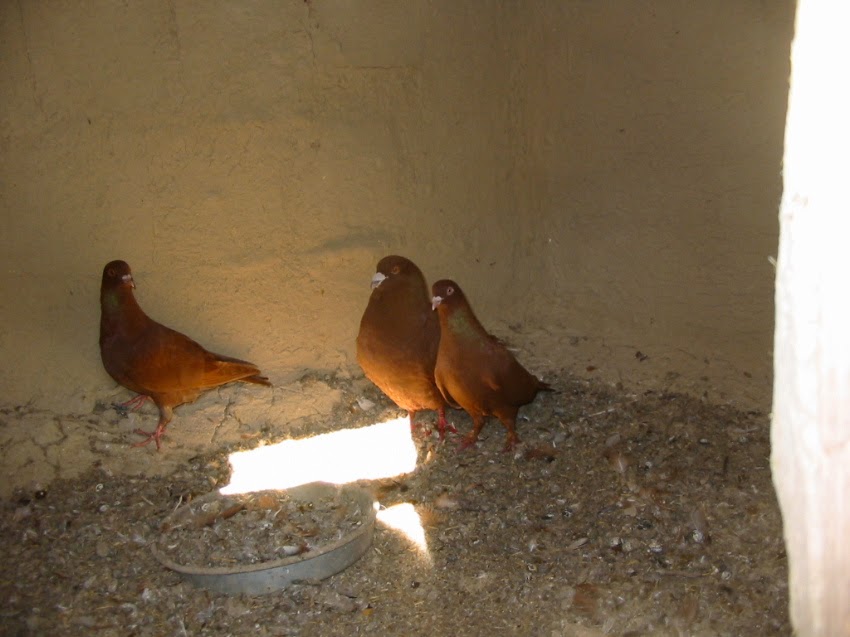 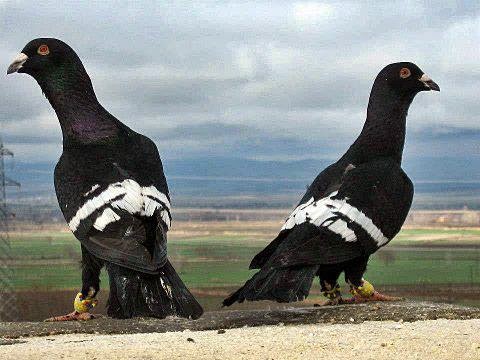 The late Rio chases a pigeon… (click to enlarge) 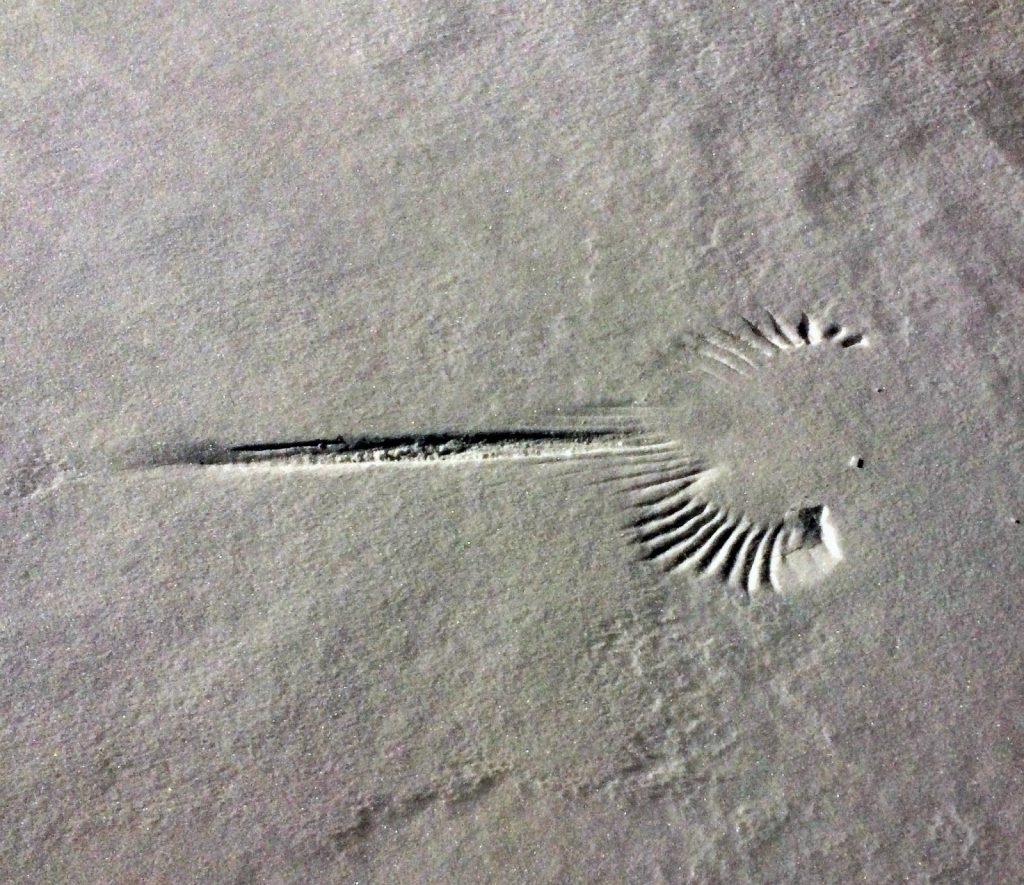 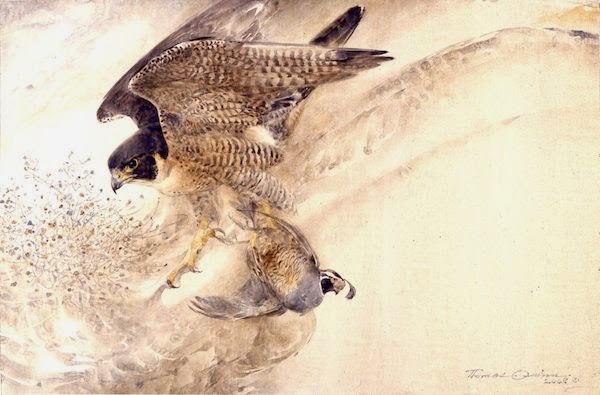 And an old favorite Russell  Chatham oil (favorite of both Reid Farmer’s and mine), in the Denver Museum, an almost abstract painting of a favorite place on his grandfather Gottardo Piazzoni’s ranch in Big Sur, titled “No Place for Disdain”: 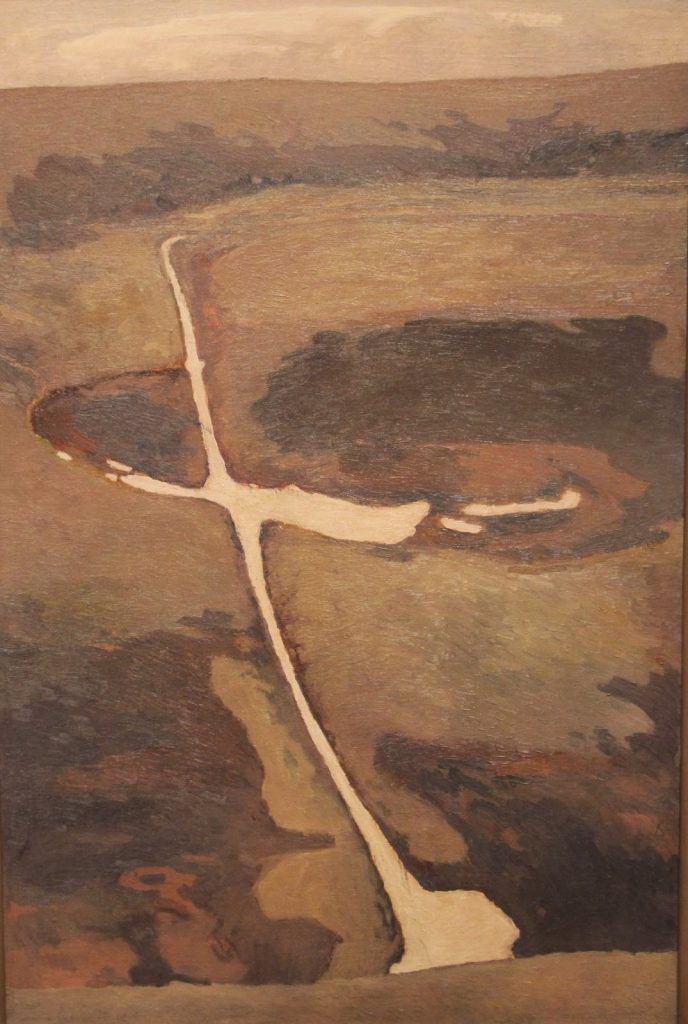 Jonathan Katz at Bedlam Farm Journal has been carrying a pretty heavy load by being the point man on the controversy, almost entirely fabricated by those who know nothing about animals, over banning the Central Park carriage horses. (If animals needed psychologists, those horses would be happy; as Freud knew, love and work are the necessities for a sane life). In the last month, he lost two of his animals to old age and decrepitude. Only others who love animals (most Animal “Rights” people don’t know or love them, as has been obvious in this debate) will understand his grief. But, I am happy to report, he continues to think.

First, from one of his recent essays, “A Simonless World” (links aren’t working but you can find it on his blog) , a passage  where he paused in his sorrow to contemplate the peculiar attitude that the culture seems to be making about animals these days:

“Last week, five or six people came up to me at different times and
told me about their dogs – this happens to me daily – and each one told
me their dogs were abused. I always ask why they say that, and they give
me reasons like this: the dog is afraid of moving lights, the dog is
afraid of men with big sticks, the dog is shy around loud noises, the
dog is afraid of trucks and buses.

“There are so many reasons why dogs might behave that way – breeding,
litter experience, issues with the mother, encounters with dogs and the
outside world. Abuse is actually the least likely for most dogs.

“Something in the life of contemporary Americans calls them to need to
see animals as abused and piteous and dependent creatures. I think it
makes us feel valued, worthy, even superior to other people.  We are a
fragmented, tense and disconnected people in many ways, animals give us
something to feel better about. Abuse is real, it is a crime, but I
sometimes think it seems that every dog in America was abused, and I am
always drawn to wonder why it is that people need to take ordinary
animal behavior and transform it into narratives of human cruelty and
mistreatment… We no longer see them as
partners, but as pathetic wards and helpless beings.  I don’t think it
is good for animals to view them through such a narrow prism.”

The late philosopher and dog trainer (and poet) Vicki Hearne used to say that Animal Rights activists could only envision two roles for animals: cute and abused. In the intervening years I can see a second: dead. GRATEFUL dead, and I don’t mean the band. There is a little philosophical movement lurking about that scares the crap out of me, that says with Jeremy Bentham and certain odd Buddhists that absence of suffering is paramount, that things like carnivory must be remedied, and if it isn’t then everything from re- engineering carnivores’ genomes to ending our species to ending life is justified. I do suspect they are a small group, but I hope they never get hold of a weaponized virus…

Again, my old post defending coursing dogs, or any dog with a job, might be worth a look. As is this surprisingly sympathetic portrait of coursing coyotes in Oklahoma from the NYT. Of course, people are trying to shut that down too, as they did the legal wolf hunt with hounds in Wisconsin. Look at the contrast the clever NYT writer made between the solicitous hunters, who like most of us sustain large vet bills every year, and the AR activist who claims we leave wounded dogs in the field to die (yeah, I know that is unbelievable…)

And a slight swerve: an essay by an anti –gunner who admits without condescension that there are enormous divisions between people of good will over guns, even in Sandy Hook families that lost members to that crazed shooter, and castigates the familiar anti- gun tropes that insist all Americans want gun control or, worse, that those of us who oppose it are ignorant, bigoted,  etc– name your cliche, and see that ass Liam Neeson, who has probably made more money off at least the image of guns than I have. I do not agree with her, but I get the sense we could have a conversation… 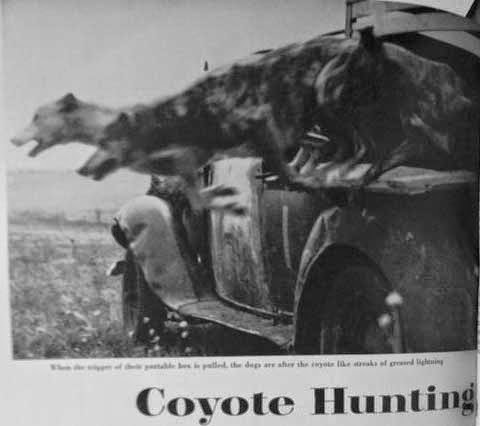 “Not even wrong” is a phrase you hear  a lot if you hang out with scientists; it came up constantly last week in conversations with Arthur Wilderson and gunblogger- writer  Nate Fitch (photo below). I think I first heard it when I hung out at MIT — no, I never studied there, just hung out, for years, another chapter in a very speculative autobiography. It means, to an extent, that the person uttering the statement or (more commonly) asking the  question is so unequipped to understand the implications of what he is asking that he should go back and get a master’s degree in  the subject before he asks it again, at which point he probably WON’T.

“The phrase “not even wrong” describes any argument that
purports to be scientific but fails at some fundamental level, usually
in that it contains a terminal logical fallacy or it cannot be falsified
by experiment (i.e. tested with the possibility of being rejected), or
cannot be used to make predictions about the natural world.

“The phrase is generally attributed to Wolfgang Pauli, who was known for his colorful objections to incorrect or sloppy thinking. Rudolf Peierls documents an instance in which “a friend showed Pauli the paper of a
young physicist which he suspected was not of great value but on which
he wanted Pauli’s views. Pauli remarked sadly, ‘It is not even wrong’.

“… Peierls … quotes another example when
Pauli replied to Lev Landau, “What you said was so confused that one could not tell whether it was nonsense or not.

Young writers, polymaths, taxonomists, dino
fanboys, gun scholars, on flying winter visit, after three days talking
about all that stuff, with tired but vastly entertained older hosts, as they get ready to return to Colorado: 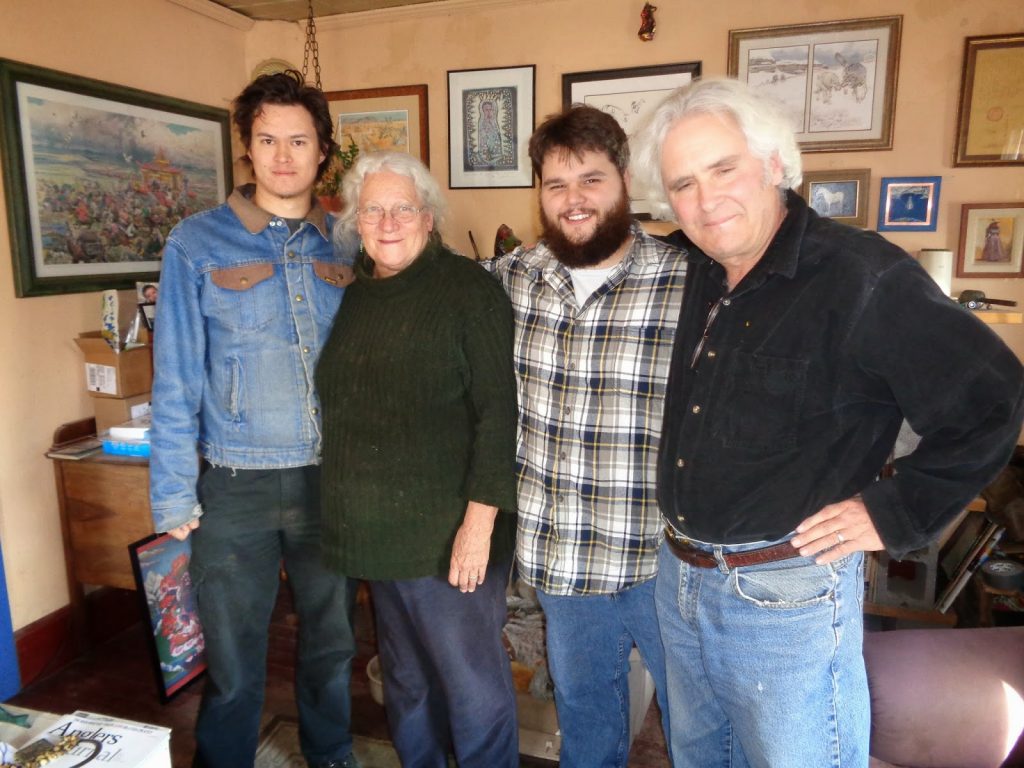 “Promoting novels in a soundbite culture is like selling elephants from a gumball machine.”
Barbara Kingsolver