… decisively: not the “Cover of the Rolling Stone” as I have been calling it but, of course, that of Scientific American. I thought at first they were a bit late to the party, as it was the late John Ostrom who started the ball rolling with his discovery of Deinonychus, which he reported in SA in an article which suggested warm bloodedness but did not QUITE say feathers. That must have been (a lot?) more than thirty years ago. Robert Bakker soon called T rex the “20,000 pound Roadrunner from Hell”, but as far as I can see it was my old friend John McLoughlin who first dressed raptors in feathers in the popular press– 1979? I’m sure he’ll tell me.

Now proud Tyrannosaurs have them, in mainstream publications. On second thought, SA deserves great credit. It may be slow compared to the avant garde, but it is the FIRST popular magazine to portray a feathered tyrant, as well as the first to broach the ideas that led to it.

Two more thoughts. I counted only four sentences in- text that said “feather”– after paradigms shift, they seem “normal”.

Second, what do readers think about those poor naked chickens coming in the new Jurassic Park thing? And what about the less sophisticated public? 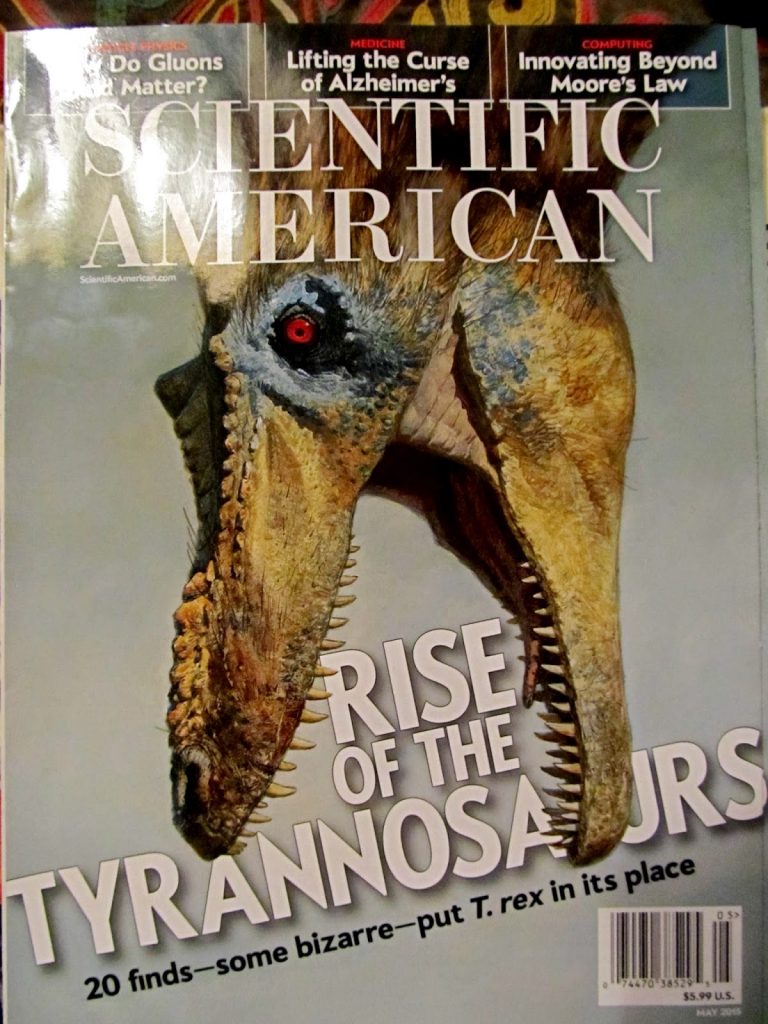 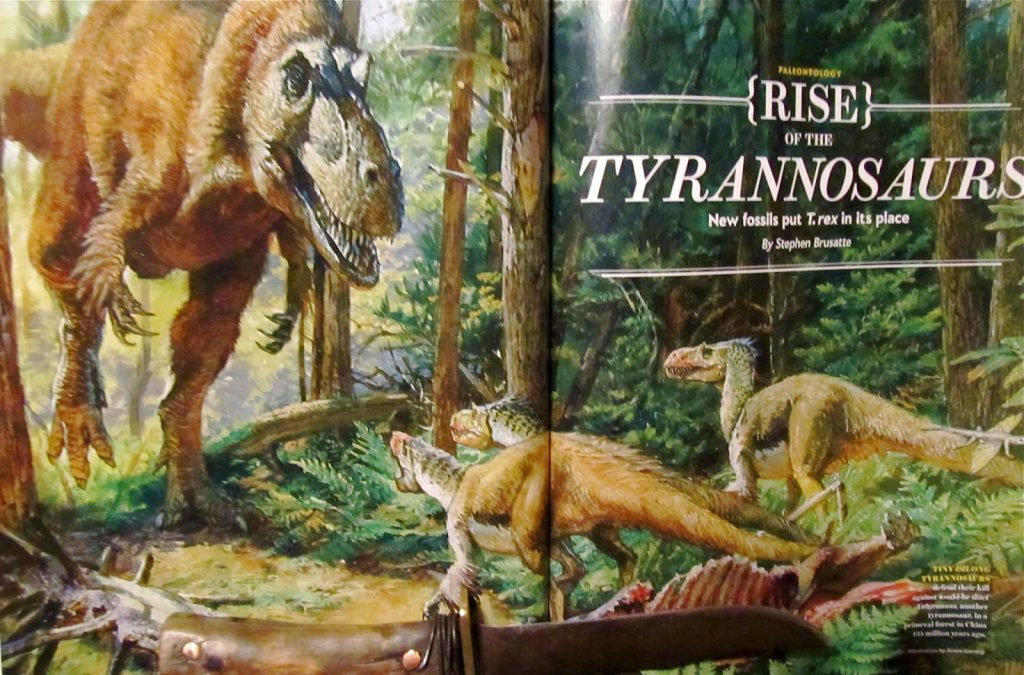