I went and traded for two American Classics the other day at Ron’s, two old favorites, LC Smiths. “Elsies” have certain inherent problems– their sidelocks, insufficiently supported by bearing surfaces, have a tendency to crack their wood under pressure- but I LIKE them for reasons not entirely rational (but what reasons for passions like guns are at base reasonable?) One is that they LOCK up so well, like vaults; the first I knew, which Cap’n Rick Rozen got for 75 dollars and a roll of carpet back in ’71- and as far as I know, he still has it- was such a joy to snap shut that I probably overdid it. Later, I got a 20 bore as my first “Yankee” gun, and I am not sure it is not still in Professor Arthur Kinney’s attic in Amherst–!

I got these as Project Guns, ones that I could work on with John Besse’s help, and deliberately turned down a “too good” specimen, a field grade 16 featherweight with perfect wood and case colors, for a featherweight 12 at 6 1/4 pounds and 28 inch barrels, with no color to speak of and cracked stocks, and a fancy Damascus 16, an early grade 1, with engraving and fancy wood.Though a 16, it was a heavy duck gun at 7 pounds 2 ounces, full and fuller- only thing that was not up to grade in it was badly fixed dent down the front of the right barrel. They made a nice “set”.

The 12 went first. John prepared two sticks to go through the action and bear on the rear of the lockplates– intricate work… 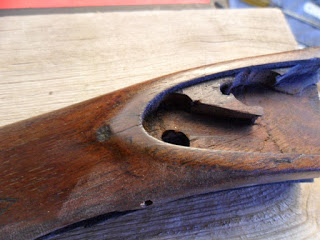 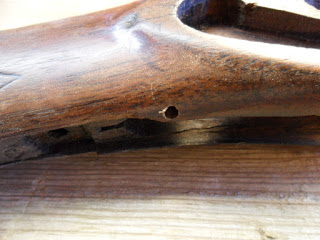 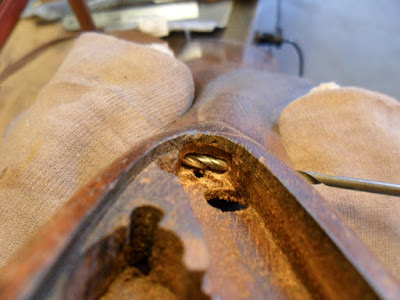 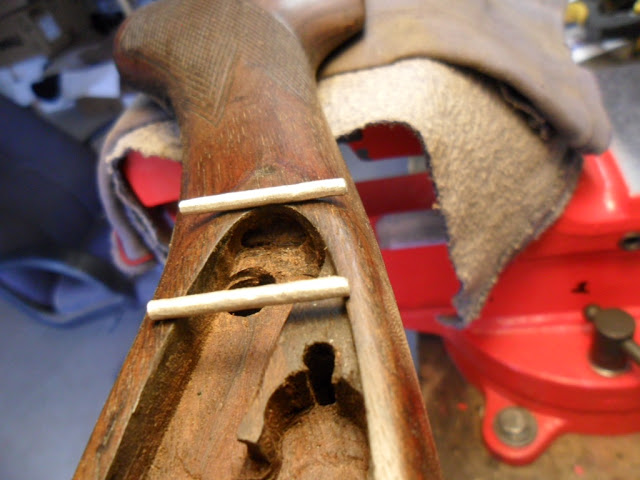 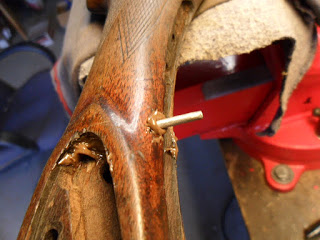 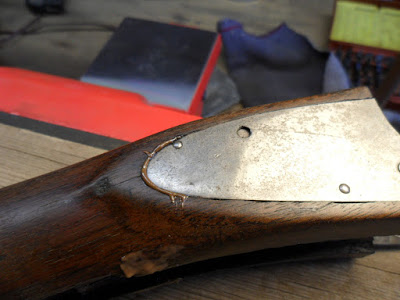 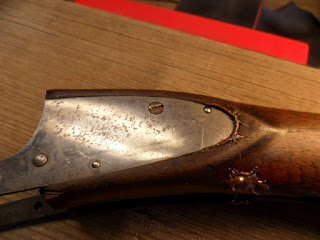 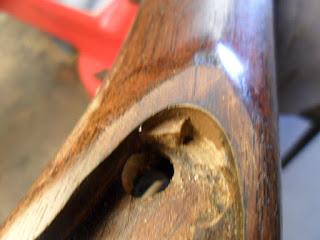 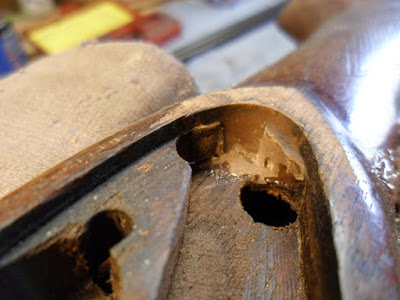 He also re- peened several screws in this jig, and made a new one. Ready for stock refinish! 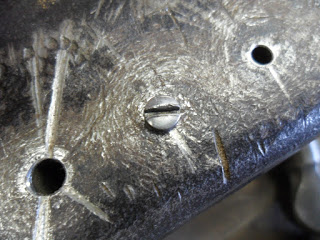 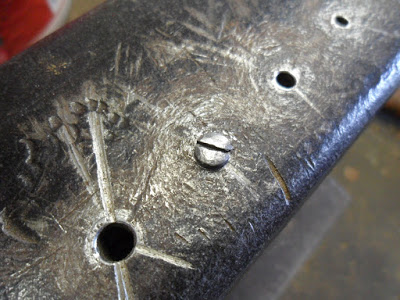 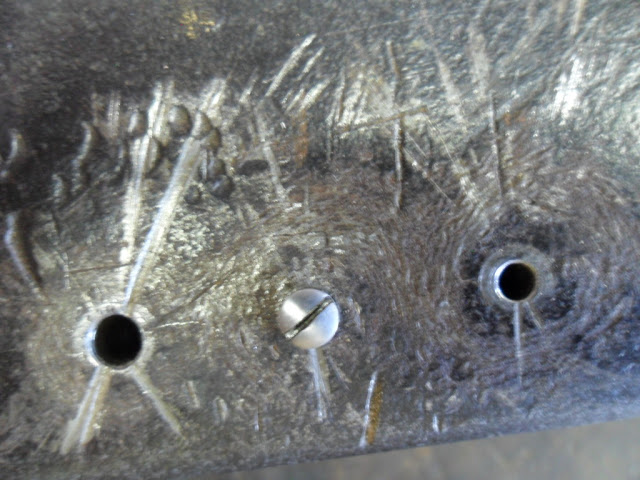