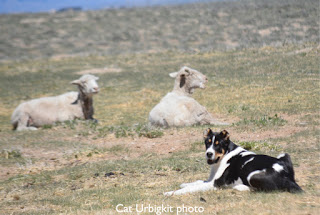 We recently imported several dogs from outside the United States, and those dogs had been microchipped by veterinarians before arriving in the U.S. For the microchips to be useful in the event a dog is lost, the numbers associated with the chip must be registered. Implanted microchips that aren’t registered by the animal owner are of no use whatsoever. It’s the same as having an unchipped dog.

When I asked my veterinarian, I was told to register the number with the maker of the microchip. But since the chip was manufactured in a foreign country, the company’s registration information was in a foreign language and script. I decided it wasn’t worth the effort.

I did a few online searches and found dozens of companies and websites that register microchip numbers, with some requiring annual renewal for a fee, and others offering lifetime registration (also for a fee). Some claimed to be international registrations, while others were U.S.-only. Which one should we use, since they all seemed to be competing against each other?

I wondered where do veterinarians and animal shelters go to look up microchip numbers? They go to the American Animal Health Hospital Association’s website to plug in the numbers. But AAHA isn’t a microchip registry – it’s an online search tool. According to the AAHA, “The tool works by searching the databases of participating companies. It will not return pet owner information contained in the registries’ databases, instead it will identify which registries should be contacted when a lost pet is scanned and a microchip number is identified.”

“The American Animal Hospital Association does not maintain a database of microchips of its own. To register a microchip or update contact information for a microchip, pet owners should contact their pet recovery service.”

So that’s what we needed: a pet recovery service. I looked at the list of microchipping and pet recovery services that participate in the AAHA program and did some more research, finding a similar can of worms of competing services, with various prices and terms. I finally settled on AKC Reunite, which enrolls any brand of microchip and charges no annual fee. Their online records account allows for easy access to update a pet’s record and to upload a photo. Your pet does not need to be an AKC-registered animal to enroll and use the microchip registration/pet recovery service.
Lifetime enrollment with AKC Reunite of your first pet costs $17.50 and can easily be completed online, but multiple pets are given a discount. It cost $50 for lifetime enrollment of our four new pups.

The bottom line is that if your dog’s microchip manufacturer isn’t listed as participating in the AAHA program, your microchip probably isn’t going to help you in reuniting with your lost but microchipped pet.

I selected AKC Reunite not just because it participates with the AAHA program, sets low fees, and allows easy updating of records, but because it also offers a variety of support services in the event a pet is lost. Find out more at AKC Reunite.

Until the microchip companies cooperate to create a universal registry (which I doubt will ever happen), the best solution for dog owners in the United States is to make sure that their chip is registered with one of the companies participating in the AAHA program. 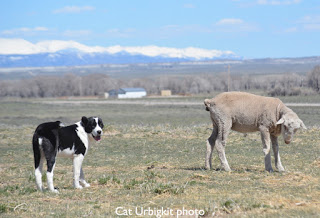 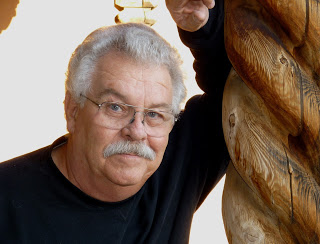 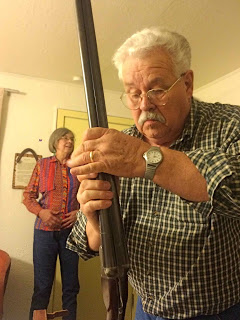 Paul Schmolke is one of my oldest friends in Albuquerque, where he worked st Ron Peterson’s when I first met him. He is a gunmaker, a poet, and a student of Zen Buddhism, which combination made him a natural for our “circle”. In the photo above he is examining a big- frame Parker in our
motel room in Santa Fe, while his wife and childhood sweetheart Lynne talks about something OTHER than guns behind.

I was up to Alb lasrt week for an oil change  and tuneup last week. and met the Schmolkes and Paul Domski for lunch at the usual Chinese hipster place for lunch.Paul handed me this stout cane he had just made, more weapon than walking stick, like something out of Game of Thrones. It is hickory and a little bit shorter than my current regular, though stouter. It it is suitable for taking down dark streets.
Here it stands in front of he upright computer desk I write this on, given to me by novelist tBrad Waatson– two of the many reasons I always say ….. (see “Labels” ) 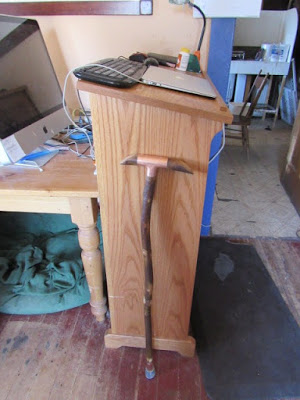 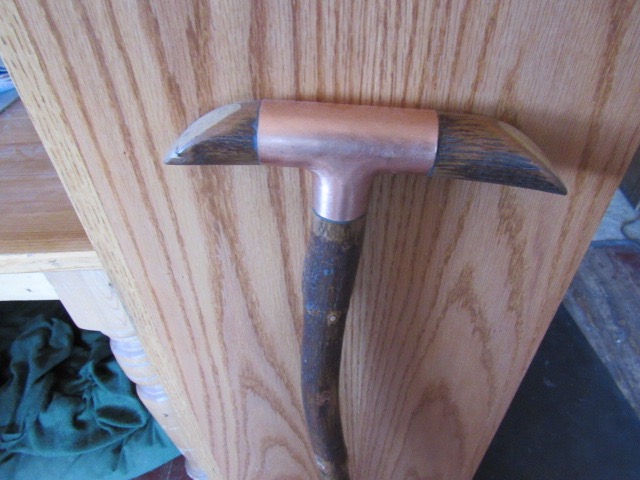 You could do worse than these three: 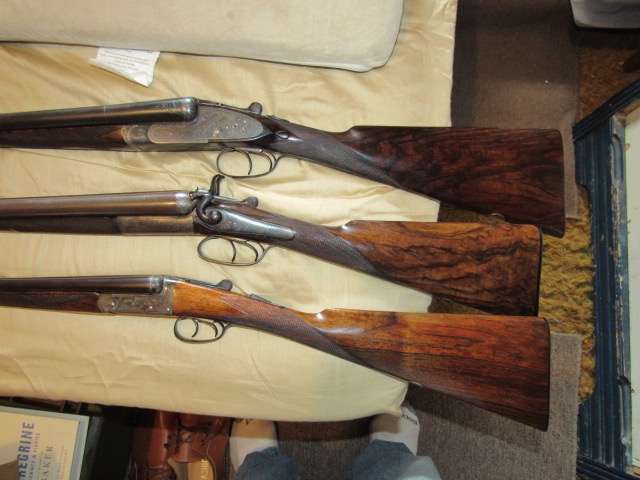 Or if it came to two: 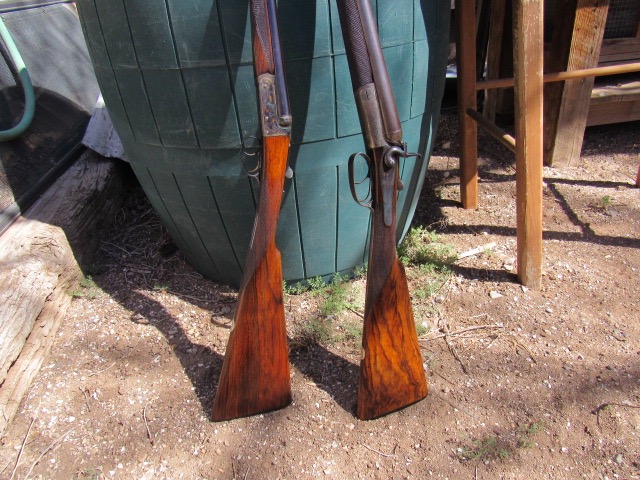 All have exactly the same proportioms of stock, though the Cog needs a leather- covered pad to bring it up to length.

Thanks to Ron Peterson, John Besse, Gerry Cox, and Tom Qunn, among others.