Libby has quit the PO.With some adjustments, the financial blow may not be that bad. And I can’t tell you how liberating it is. I believe she has lost 20 points of blood pressure.

The off- label “Gila monster drug” has not proved revolutionary. Though I will finish it and it improves things marginally, no “Lourdes moment”.

I wanted a small imprint falcon this year, and called Bill Meeker in El P, who breeds such. He had just sold a male Barbary who would have been perfect. He suggested instead that I take a 34 ounce — i.e. HUGE– female Gyr-Barbary which had just come out of the chamber and had not been handled at all before the last two days. I said he was crazy. He said she would make a great hare hawk. I said she would be wild. He said she already hooded well and would not jump off the fist. I said that I had no money; he said she was free and he would drive her up.

She has been here three days and so far she has not done anything wrong, which is remarkable. 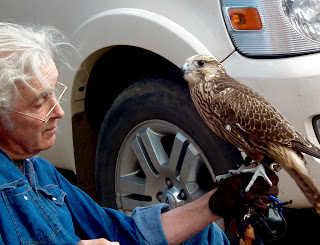 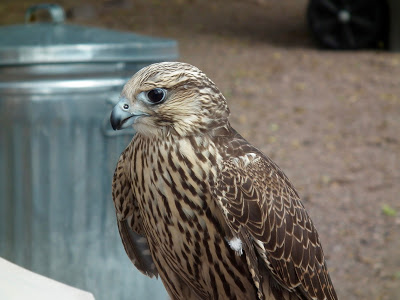 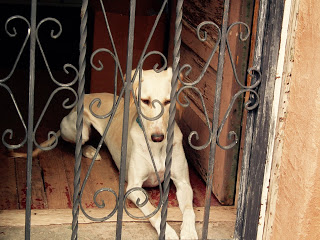 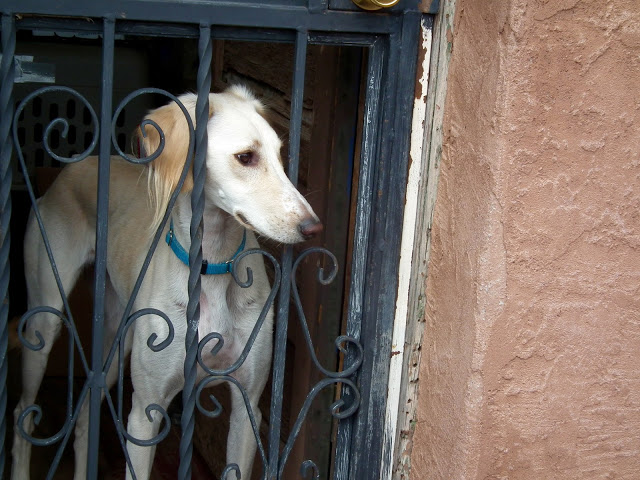 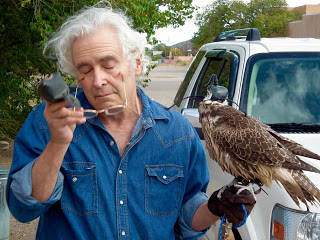 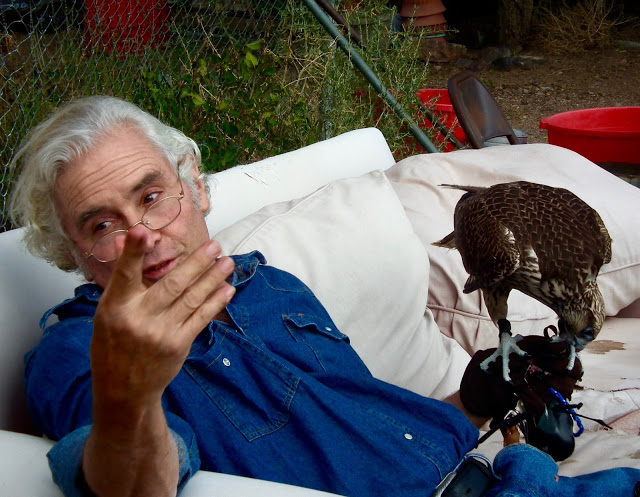 When she and BoBo contrive to vanish an antelope on Lee Henderson’s ranch we will all be sorry.