..it is the size of the fight in the dog.

This is played for laughs but it brings up a real problem. The closer the dog is to the bear, the more likely the bear will chase the dog back to the owner, when the dog chickens out. It reminds me of when my salmon fishing neighbor was getting water for his camp*. He stepped on the road with his dog, Teddy, and a large black bear was on the road about the distance in the video. The dog rushed it. In a long slow drawl, my friend said, “Well…ll, Teddy, you are on your own.” He hiked for the camp, post haste.

Also, You have to admire a guy with the chutzpah to name his Bichon, Ruger.

This gave me a huge case of the wants.

Hell no but it is the first 10 bore Darne I have seen. The metalwork looks wonderful. Check out those fences! It probably needs 10- 20k to recondition it. A new stock, bluing maybe, case hardening, and likely lots of surprise expense but it would be a sweet looking 10. It would be fun to try it on grouse or turkeys. I would even think about it on deer with custom loads just to experience it. Sights would be an issue for that but it you are real close, maybe.  I am too old to chase such fantasies but for someone it would be a nice project gun.

Socrates said the wanting is what drives us crazy and what do the Buddhists say about desire polluting the soul? I try to follow their advice but there is always something to break my resolute.

Open in a new tab to embiggen all pix. 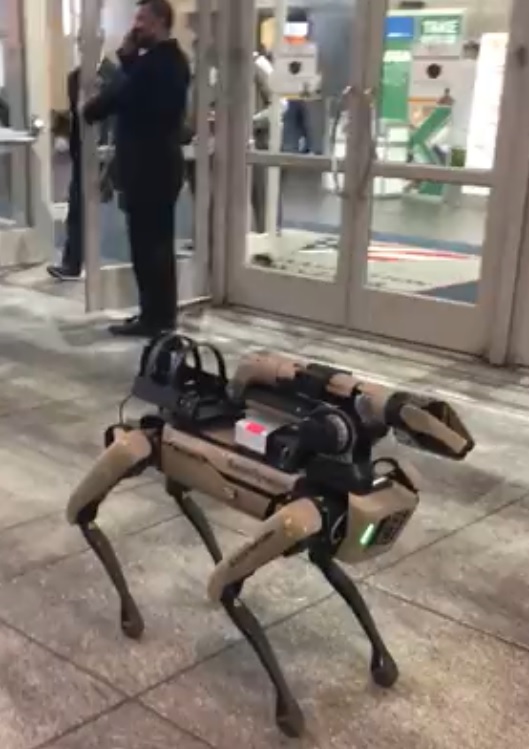 Check out the creepy video.

Does he fetch, too? 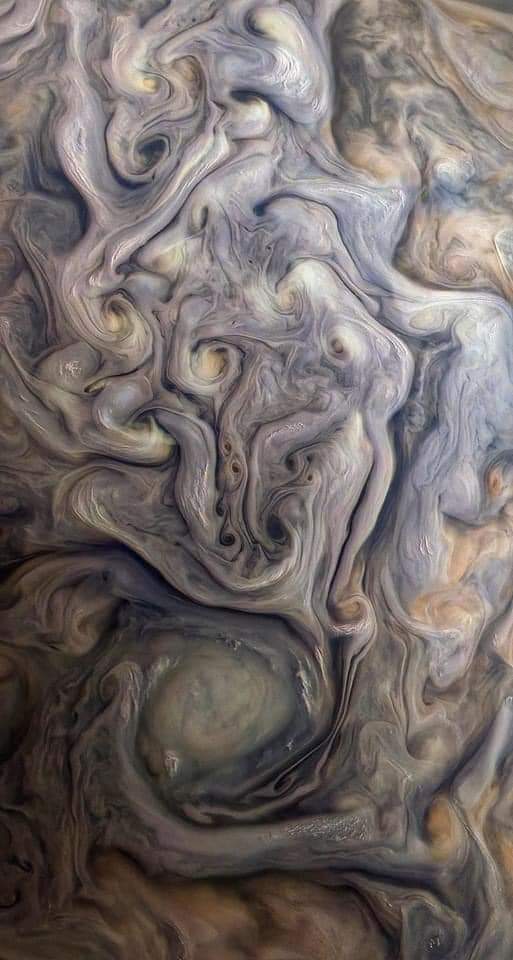 I read Steve’s sci-fi discussion above when it came in by email. It reminded me of Steve’s interest in H._P._Lovecraft and the recent Jupiter pic above. My first thought was it was the Lair of Cthulhu, as did someone else.

I saw these notes on Green Slugs and Green Slugs 2.0 earlier and it brought this to mind. 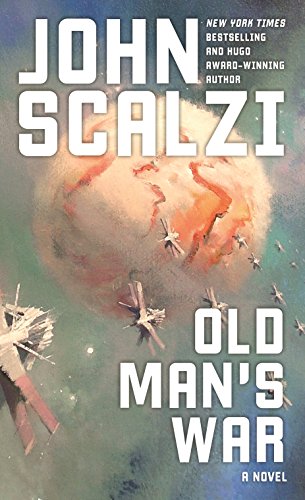 In the book, humans were engineered with choloroplasts to give them an extra energy source. I thought, right, it is just sci fi but as the articles suggest, if slugs are doing this, what else is possible.

Not much new here but it is a plausible reason why biologic extraterrestrials are not walking around. With a 500 million year old functioning ecosytem, if they wanted Earth, they had lots of time to drop in. The machines likely haven’t because we are just not interesting. 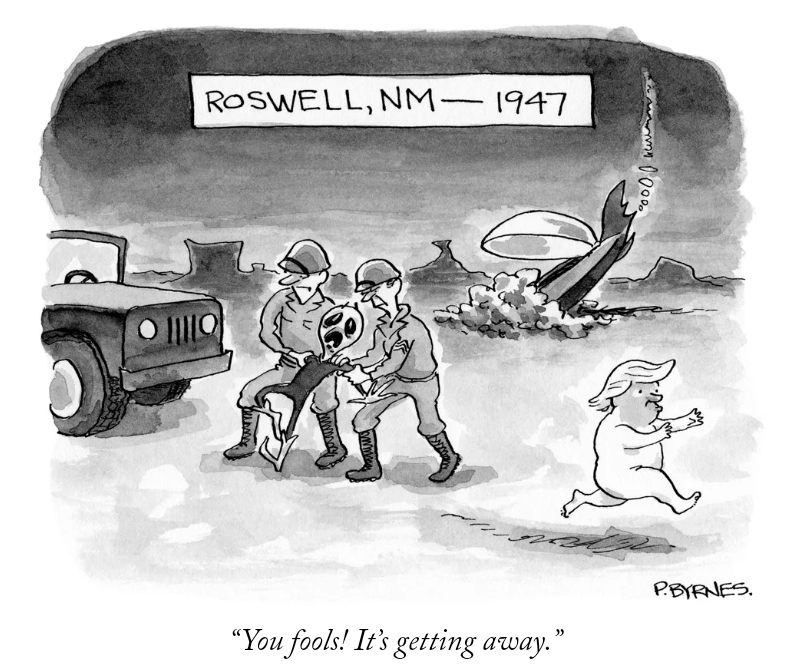 Then again, maybe, some did. LOL

A good update on homo erectus.

Erectus seems to be getting some love now. It is being talked about here like it is more human than the subhuman apeman, orc, or troll fantasies seen in popular culture.

I remember Valerius Geist saying its first impulse would be to eat you. What evidence he had for that comment, I forget.

That beastie would get Tom McIntrye revved up, if seen on the hoof. 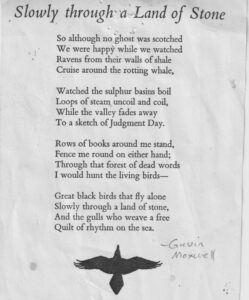 This is exactly right:

I was going to get the Ivorybill  note from  Tim Gallagher in  fast enough to post this cartoon, but Searun beat me to it!  I will try to catch up today..

This started in a conversation with Chilton Williamson, late of National Review and  Chronicles  and now independent and writing a monster novel  in Laramie. It  spread to Bronwen Fullington, who attended a world science fiction convention when we were young and briefly married. The it transferred to Chas Clifton, expert in snake bites and  cougar attacks in Colorado. At that point I saw I was going into lecture mode so I thought I’d blog it. In the real world, Tom McIntyre has just replied with a stirring defense of his reading fantasy . I’ll see if I can get him to comment here.

(Me) A lot of people— see Tommy Mac- read one great genre tale or writer but are discouraged from reading more, epsecially in SF or Fantasy, because of the seemingly inherent ”Geekiness” of the field.  I believe there are enough inherent virtues in the genre that it is worth keeping an eye on It has never kept me away from “Real” fiction

As such things as “dystopian” writing ,it sometimes sneaks in anyway. I am talking about YOU, Rebecca. it may keep such readers safe from drug fueled nights at the computer- hey, carbidopa- levodopa in the form of Big Striped Ritary is a drug, a strong one- but it doesn’t do anything else but keep our snobberies snug. Who would miss Declare (reviewed in NR),Waking the Moon, Folk of the Air,  The Sparrow , Children of God ,and yes, The Wanderer, maybe on a slightly less elevated level. How about Ray Lafferty’s Past Master,or Cordwainer Smiths Instrumentality tales? These might more be considered religious satire or fantasy-.  Ray, who also somehow got a Native American award for some other piece of Oklahoma stuff—  !het is as Irish as Paddy’s pig.,, and one of he most wickedly sly storytellers around, with a dark Irish humor- any Miles Nacgopaleen readers here, or pogues fans> And “Smith” ” s generally thought of as a lightly surreal ‘future historian” but the firs t in his celebrated Instrumentality series, “The Dead Lady of Clown Town ” , is about the martyrdom of a dog… How about  about Poul’s A Knight of Ghosts and Shadows ( From Tom O’Bedlam), superior tragic (unbearably so)  ‘SPACE OPERA” rather than mainstream SF,, a decidedly inferiorn sub genre. And nobody wrote it to be Conrad until Poul consciously did’.

And  the very good, rather noir realist writer Peter Heller, author of Celine (easily my favorite thriller of the last few years, starring an aging American aristo  private detective,  married to a 30 something Maine lobsterman, the only portrait of a social register woman I have believed since Edith Wharton, and I lived for years with Bece, who also assured me there were none in current lit who reminded her of HER people. Anyway, she (Celine) also shoots a Savage 99 rifle ,which pleases me no end, because Bets also shot one, in “250 — 3000″ at that! Heller’s first novel, Dog Star, was dystopian SF.

To anticipate Tom’s question: Dune was a remarkable phenom because it did EVERYTHING wrong. It was first published in not only a science fiction mag but the hard core GEEKIEST of all SF markets, John Campbell’s Analog, as a SERIAL — you can’t get geekier, or less modern, than that. Only things it had going for it (minor) it had an excellent illustrator, Jon Schoenherr, whose moody black and white illos (mostly black) graced a lot of natural history work too, back in the day; and second, it was an excellent property; a great tale by a graceful and seasoned but practically unknown to the world author, some “orientalist” horseshit to make it seem real to  a reader with a taste for the exotic; some super – Bedouins who wouldn’t be ungrateful like the house of Saud; and above all, a real ecological theme, which came at the perfect time. Stewart Brand was in the saddle, and he pushed Frank Herbert over the edge to popularity….

Au contraire. Despite the presumption, I have read my fair share of SF and fantasy–Dick, Asimov, Clarke, Wells, Burroughs, half a dozen or more Tim Powers books, etc., and so on, and so forth. Certainly have never shied away from geekiness. Currently, I am reading Ted Chiang and Stanislaw Lem….

Finally, I have not only read fantasy, I have–below–written fucking fantasy, for my sins and as some may recall!

In Kazakhstan, when nature photographer  Oleg Belyalov finally decided that we were serious naturalists, he wanted  to make sure we saw the best birds.

We had been out for a long day, so he took us to one of the clear little trout streams that flow through Almaty, where, in a bush on the bank, we spied one of these, 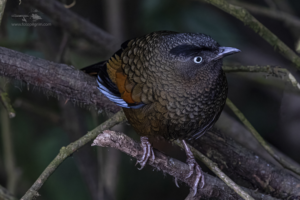 To be sure we got the point as well as a bird in our life list, he kept repeating “WORLD CLASS BIRD!”

It was. And as we had already that day seen an ibisbill,  a Eurasian black vulture, a snowcock,  and a LAMMER GEIER, it was especially noteworthy how  high Oleg  placed this bird…