It would be awful enough right there, but he is 88 and so it is  running fast.  And since both his mother and father worked THROUGH their centenary years-!!–he feels he still has a lot to do. 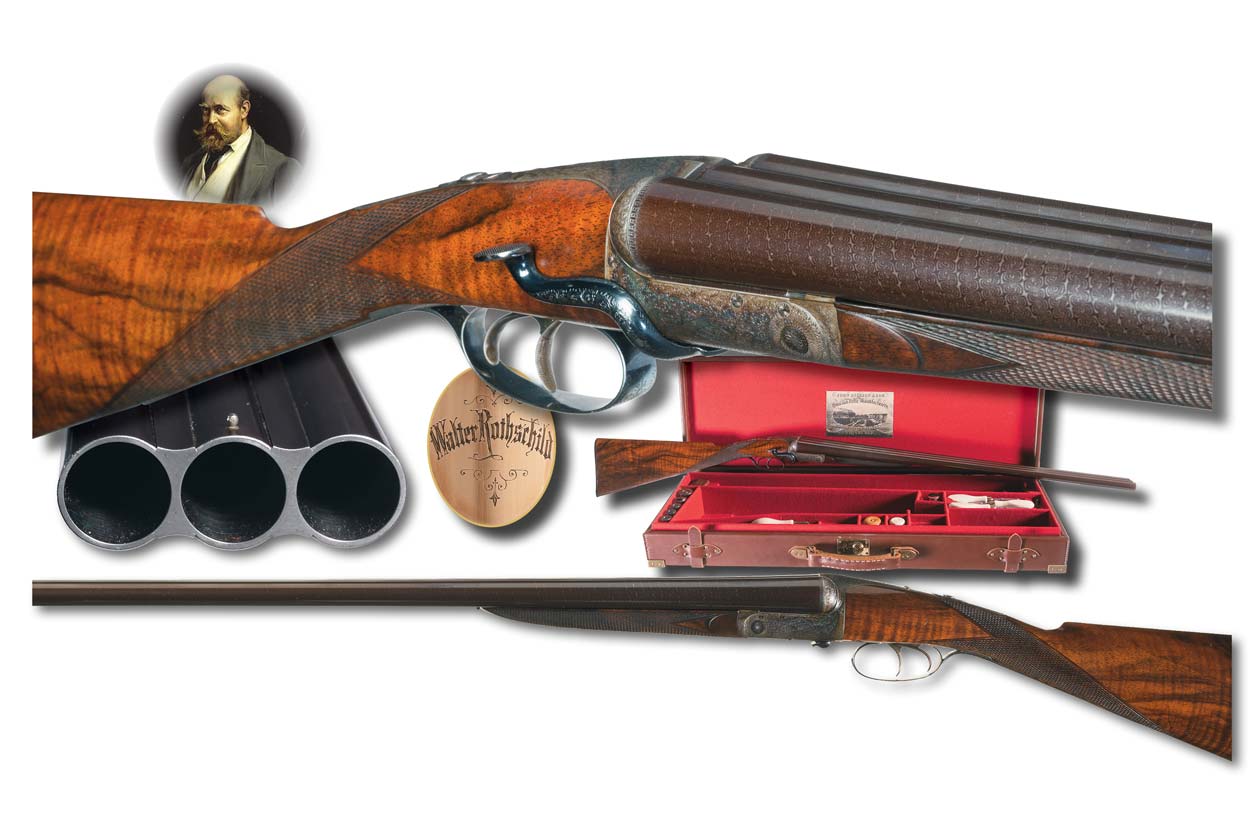 A little while ago in the post about MacNaughtons I suggested I include a photo. Here it is, below.

Lord Walter Rothschild was one of the richest men of his time, and the greatest bird collector, until he was forced to sell his collection (to the  AMNH) because he was being blackmailed by a mistress. He drove a carriage drawn by three zebras. His niece Miriam Rothschild wrote a good book about him: Dear Lord Rothschild  Birds, Butterflies and History She was also a distinguished naturalist, an expert in parasites. She also wrote a book called Fleas, Foukes, and Cuckoos. And she  wrote on art.

This is his gun: a sixteen bore, three barreled Dixon — I’ve always coveted it. 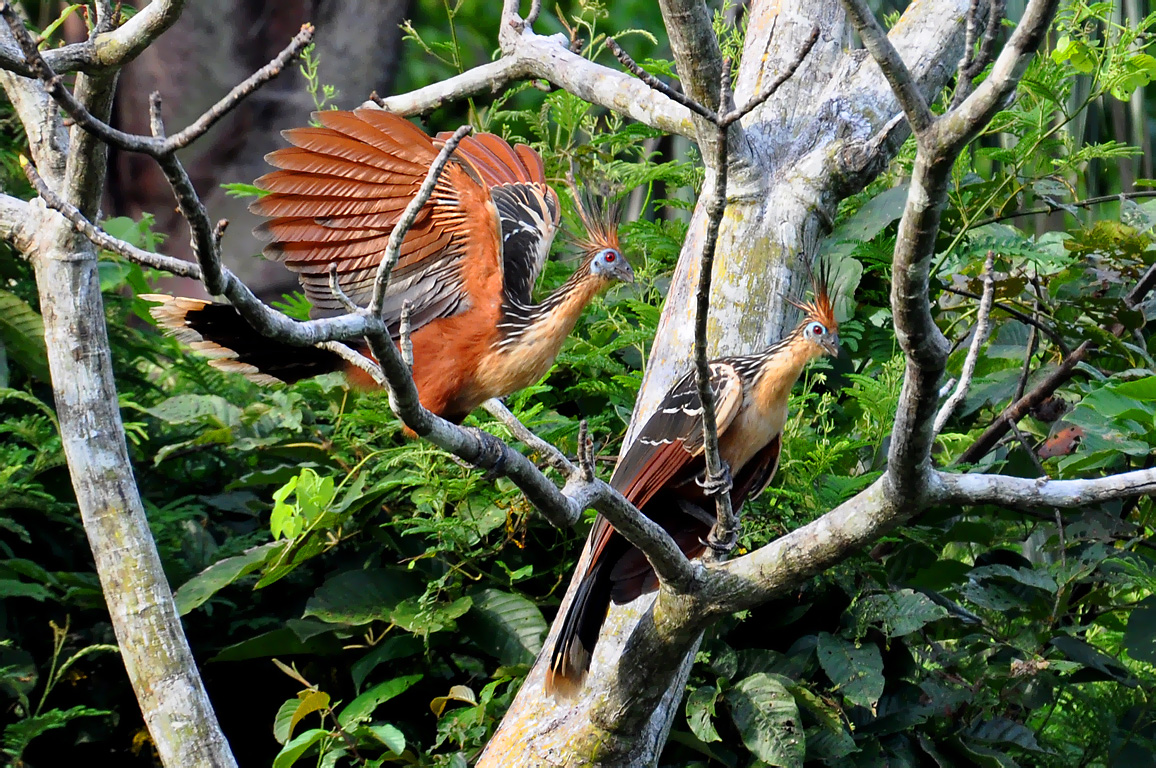 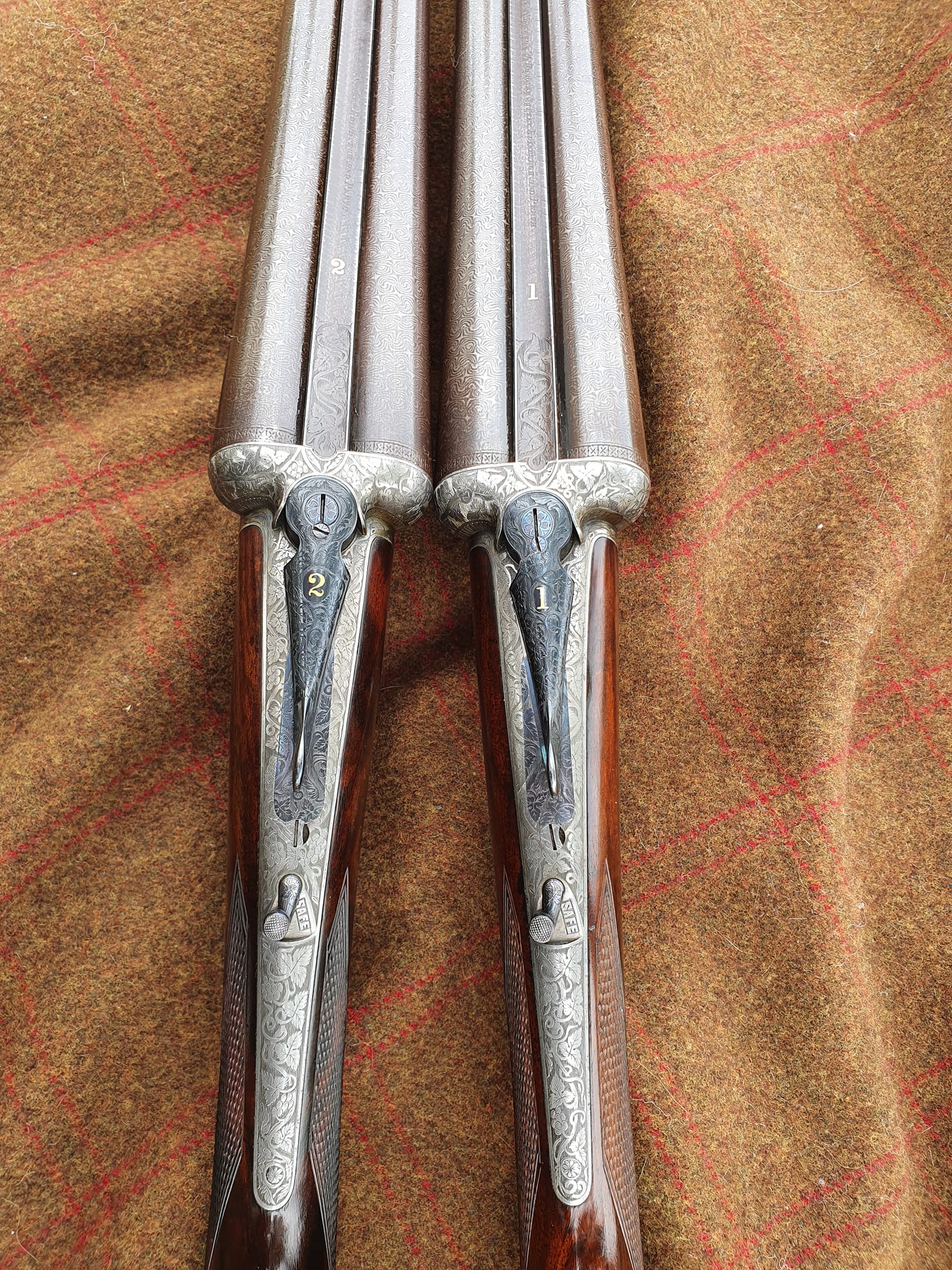 “Hunter of hares, may fortune smile on thee:
Such is the gift of Pan.
And thou, O fowler, who with lime and reeds
Seekest to capture winged and feathered breeds
That roost beneath this hill…praise Pan!
Pan from his eyrie guards yon sacred copse;
Bid him descend to join the chase, that he
With hounds and reeds may thy companion be.”
– Leonidas of Tarentum

Dogs can ponder their past.

Historically, there has been a notion that conscious awareness of past personal experiences is the exclusive domain of humans, but recent research isn’t supporting that conclusion, according to Scagel.

“Our study shows that dogs are capable of conceptualization, placing them in an expanding category of other animals that includes bottlenose dolphins and chimpanzees.”

“Dogs can do more than learn the relationship between a person’s cue and which specific trick they should perform,” she says. “They can understand the concept of repetition: Whatever you just did, do that again.