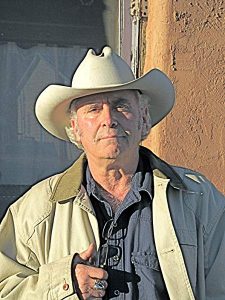 Stephen Bodio was born in Boston in 1950. He studied Biology and English literature for years at both Universities of Massachusetts without ever quite managing to get his degree. He has lived in a remote rural village in New Mexico for over thirty years, and has traveled extensively in Europe, Africa, and especially Asia.

He has published eleven books, and has been editor and anthologist of more, as well as a frequent contributor to magazines. He has been on the masthead of publications as various as the scholarly quarterly English Literary Renaissance and the upscale outdoor magazine Gray’s Sporting Journal, where he wrote a book column for eleven years. He has reviewed everything from novels to natural history for many papers, including the Minneapolis Star Tribune and the (London) Times. His articles, essays, and stories have appeared in the Atlantic Monthly, Smithsonian, Sports Illustrated, and the LA Times Magazine, and in literary quarterlies. Until recently, he was a contributor and the book columnist for the magazine Living Bird. His last article there was an attempt to change the “paradigm” of dinosaurs from reptiles to birdlike creatures, titled “They Had FEATHERS!”

He was recruited by Annie Proulx to be the first resident faculty member at Sterling College’s Wildbranch Writers Workshop in Vermont, where he taught for nine years. His 2003 book, Eagle Dreams, was a travel adventure book about his experiences with the Kazakh horsemen of Mongolia. An excerpt, published in the Atlantic, was included in Frances Mayes’ anthology Best American Travel Writing. 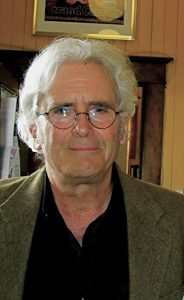 He has a lifelong interest in birds, their behavior, and their relations with humans, as reflected in his books on falcons and pigeons. He has hunted with falcons for almost fifty years, kept rare pigeon breeds, and has bred and trained saluki dogs and their Asian relatives for thirty. He assisted Russian scientist and dog expert Vladimir Beregovoy with his translation of a 19th century Russian hunter’s memoir, Notes of an East Siberian Hunter.

Since then he has written An Eternity of Eagles, a profusely illustrated volume he describes as “a natural and social history of all the many kinds of eagles, their evolution, diversity and habits; our relations with them, friendly and unfriendly, from falconry to shooting them from planes.” He has also contributed text and introductions to many works about and by artists, including Alan James Robinson, Thomas Quinn, Vadim Gorbatov, and Thomas Aquinas Daly.

Bodio’s most unusual work is what he calls “The Book of Books”, actually titled A Sportsman’s Library, and accurately subtitled “100 Essential, Engaging, Offbeat, and Occasionally Odd Fishing and Hunting Books for the Adventurous Reader”. It contains a falconry manual by a medieval emperor, a how-to fly-fish comic book, a seventeenth century poem on wingshooting, and the autobiography of a rat hunter. Well-known writers–Karen Blixen, Hemingway, Ted Hughes, T H White—share space with many lesser known, undeservedly forgotten, or just strange ones—Brian Plummer (Tales of a Rat Hunting Man); Theresa Maggio (Mattanza); Geoffrey Household (Dance of the Dwarfs); and both Setons. And of course, eighty-eight more. Bodio claims he can easily find another hundred, and will, for another collection tentatively titled “…With Trees” after the apocryphal story about the editor who rejected Norman MacLean’s A River Runs Through It with the remark “This book has TREES in it!”

Five of his backlist have been reprinted by Skyhorse Press, with wonderful new covers and intros by people he says are “younger, smarter, and better looking than I am, not to mention more successful!” Among them are: Querencia, Aloft, On the Edge of the Wild, Eagle Dreams, and A Rage for Falcons.

Another Asian book, The Hounds of Heaven, is about his travels in Kazakhstan where he found his dogs, the ancient saluki-like tazis of Central Asia. Of it, writer, blogger, and former actor Jameson Parker says: “Steve Bodio is one of America’s greatly underrated treasures. He writes like an angel about a wide range of fascinating topics; he is one of the most widely-read and well-educated men I have ever come across, a twenty-first century version of an eccentric Victorian polymath; when he writes about topics close to his heart, he has the rare ability to weave emotion and objective scientific observation together; and he knows (or has known—time has thinned the ranks) practically everyone worth knowing, famous and obscure, rich and poor, artist and scientist, from New Mexico (where he lives physically) to Kazakhstan (where he lives spiritually).”

He recently contributed the introduction to a traveling show of paintings about sport from the Revolution to World War II which was published as a book from the University of Oklahoma Press, called Wild Spaces, Open Seasons.

He was diagnosed with Parkinson’s disease almost ten years ago, but he hasn’t stopped moving. Tiger Country is his first novel, and he is working on a memoir, a book on the passenger pigeon, and the second book of books. He still lives in Magdalena, a former cattle drive town in the mountains of southern New Mexico, with his wife, Elizabeth (Libby) Adam Frishman, a second-generation mountaineer, paleoarchaeologist, and former Outward Bound trekking guide.