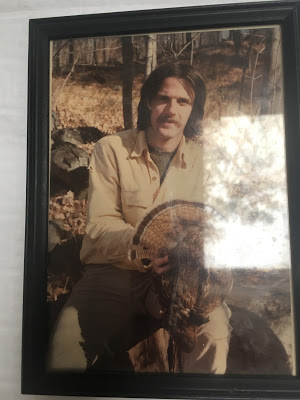 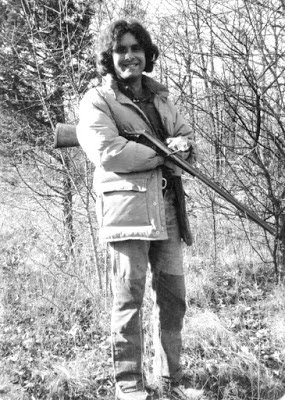 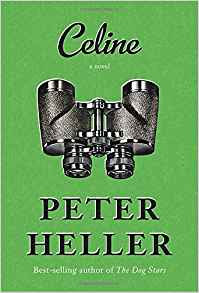 The a heroine is a 67 year- old New Yorker of upper- class background with emphysema and a drinking problem, controlled but not gone. She is a private detective. Her “Watson” is her husband, an ex-communist lobsterman named Pete.

She faces down a biker gang in a Red Lodge MT bar with the simple Samurai statement “I’m already dead.” Of course her hand is on a Glock 26 in her pocket and at least one of them is dead too but they don’t KNOW.

There is enough natural tragedy in the background, like there is in the lives of most seventyish people with heart and imagination I know, that there is nothing cheaply clever about it.

One reviewer compared her (the heroine, not the author) to a “wise Annie Proulx”. Not QUITE, but I know what she meant- and both are complimented…

Good New England, New York, and Yellowstone; good guns & their use; and the best writing about high- society Northeasterners, I swear, since James and Edith Wharton. I’m in love… 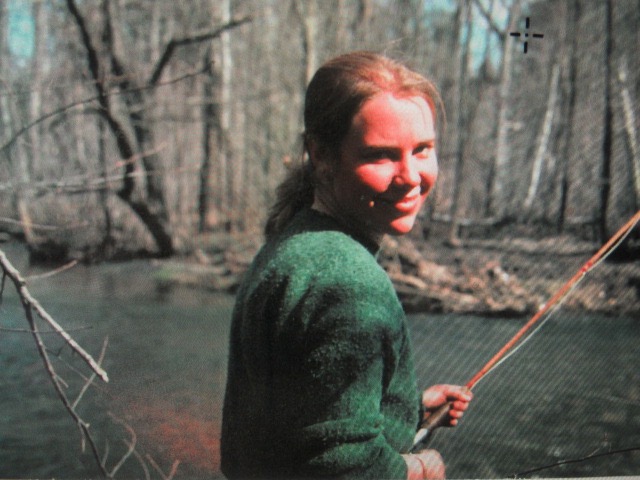 I have been saving this for Fall. Nobody in the west knows, or at least believes, how thick the Woodcock (and Ruffed grouse) cover is in the east. This is EXACTLY right; it breeds snap shooters like me, who fire too soon out here, “throwing away” our first shots…

And they are often small, and close in. “Don’t shoot the house…” I was ultimately warned off with a threat of the police the last time I tried to shoot in my old coverts in Easton, MA. 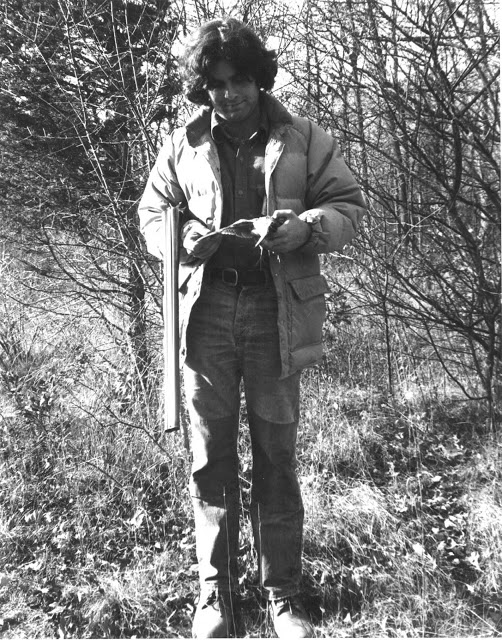 Far Away and Long Ago, in the coverts mentioned above; me with Parker 16 and woodcock, ca 1978.

Sister Karen and brother in law George Graham check in from the Massachusetts coast about their excellent interface with the wild; the sea’s edge borders wilderness even near the biggest cities. George says:

“We’ve been enjoying the wake up in our back yard, Great Esker and the Back River. We’ve identified at least three nesting pairs of osprey. One osprey seem to be sitting in the marsh, one perches in the nest while the other stands proud in the marsh grass,  part of the mating process?   While surveying the marsh, we did a spring cleanup before the grass stands back up. It took a pounding from the ice flows, lots of mud deposits. We pulled a child’s toy, a grill cover which we filled with plastic and glass, and this antique bottle from Freeport Street, Dorchester,  my old backyard. Also saw many black-crowned night herons waiting for the herring to arrive which is any day now. Going to set up a blind to photog them, or maybe use the ghillie suit. Heading off to the Herring Run Clean up in the AM. The interface of urbia meets the wild.” 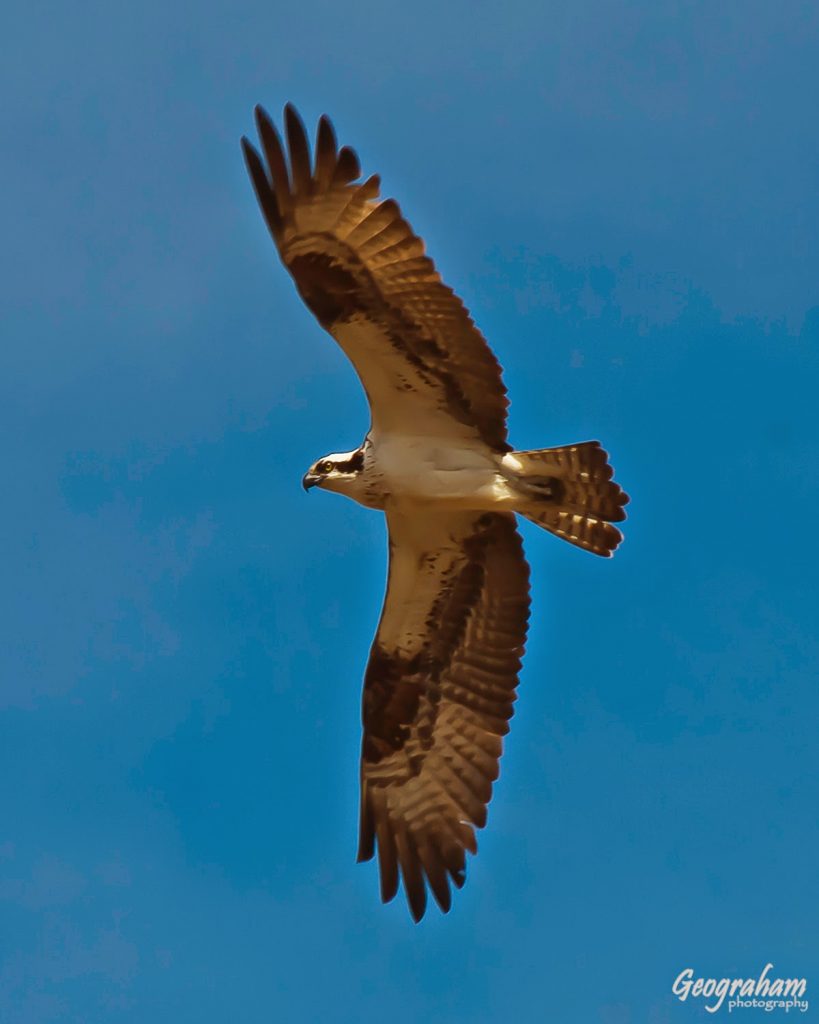 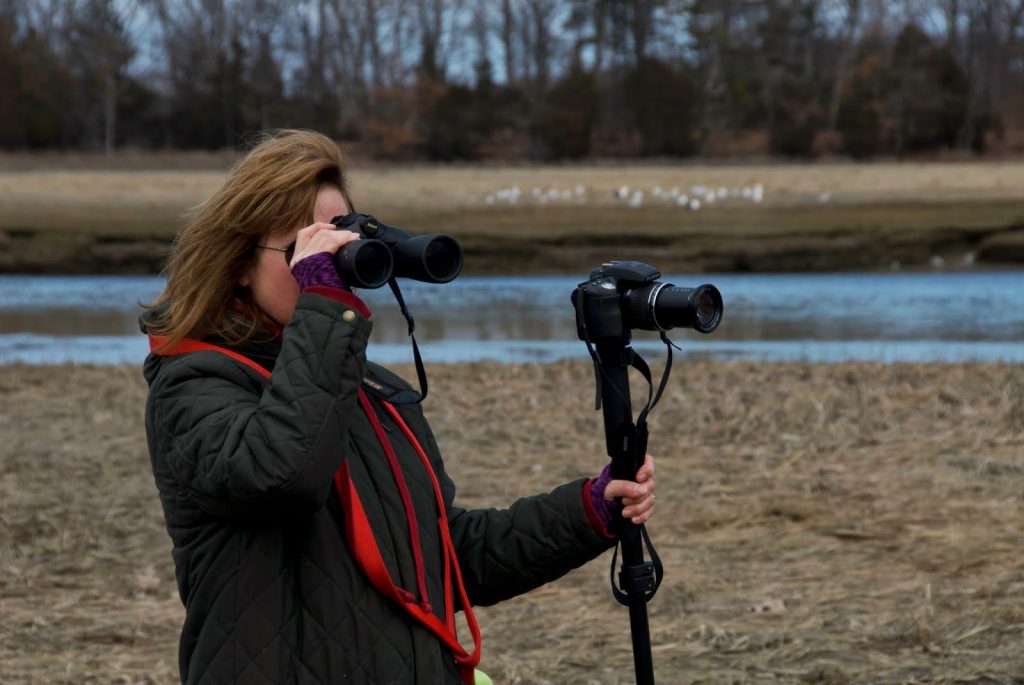 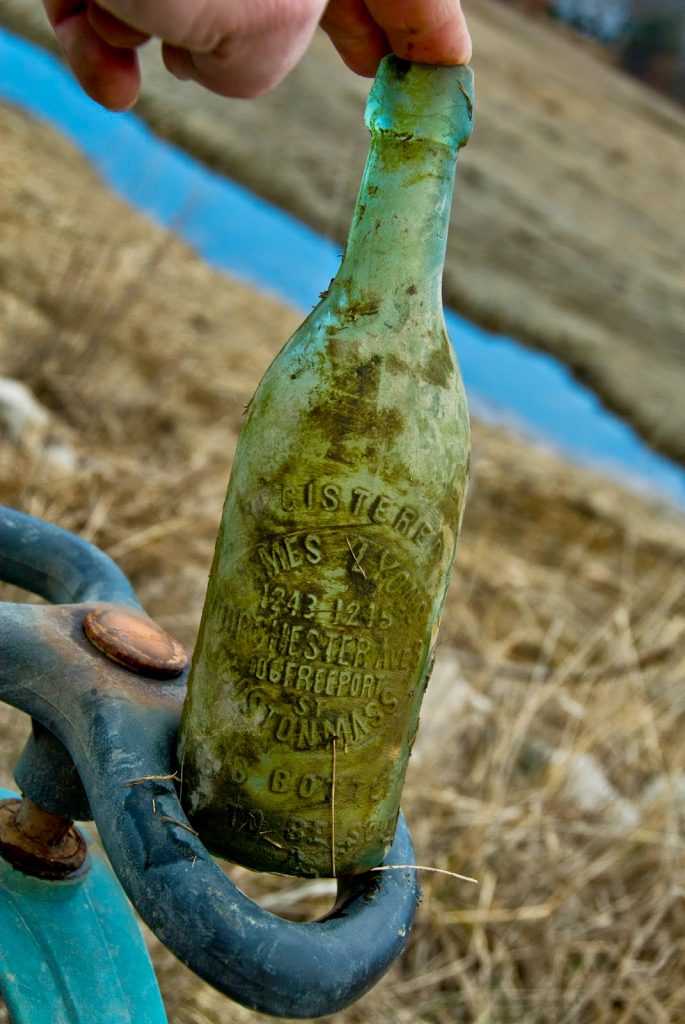 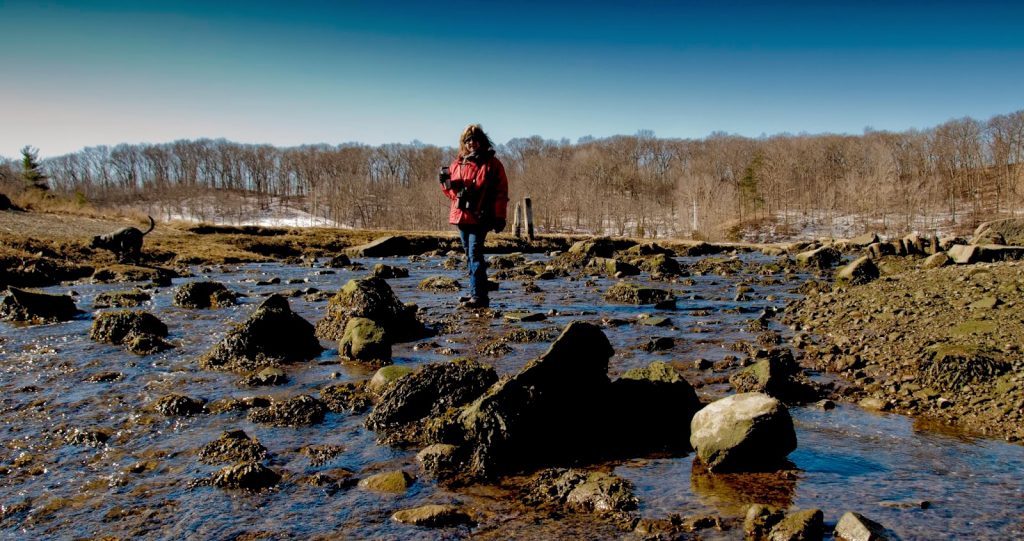 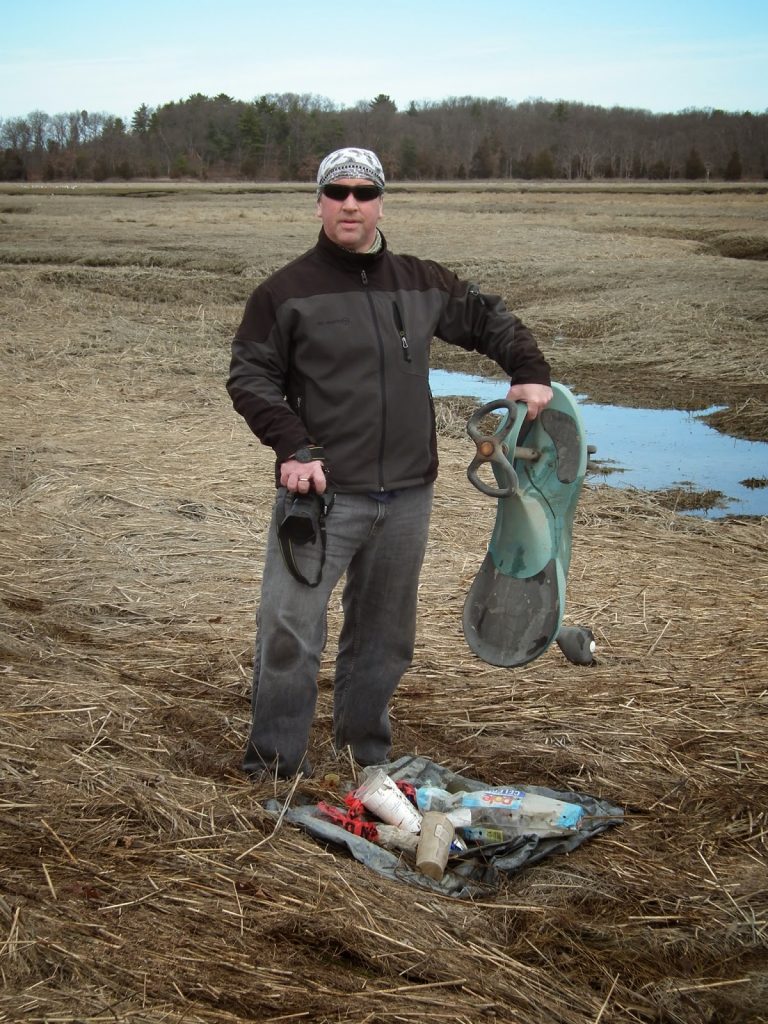 And adds re night herons (which we oddly have here too, on the Rio): “Forgot the black-capped night herons, odd creatures, well built for fishing, rather silly habits of playing peek-a-boo from their coniferous perches, watching us,  they have zero camouflage.” 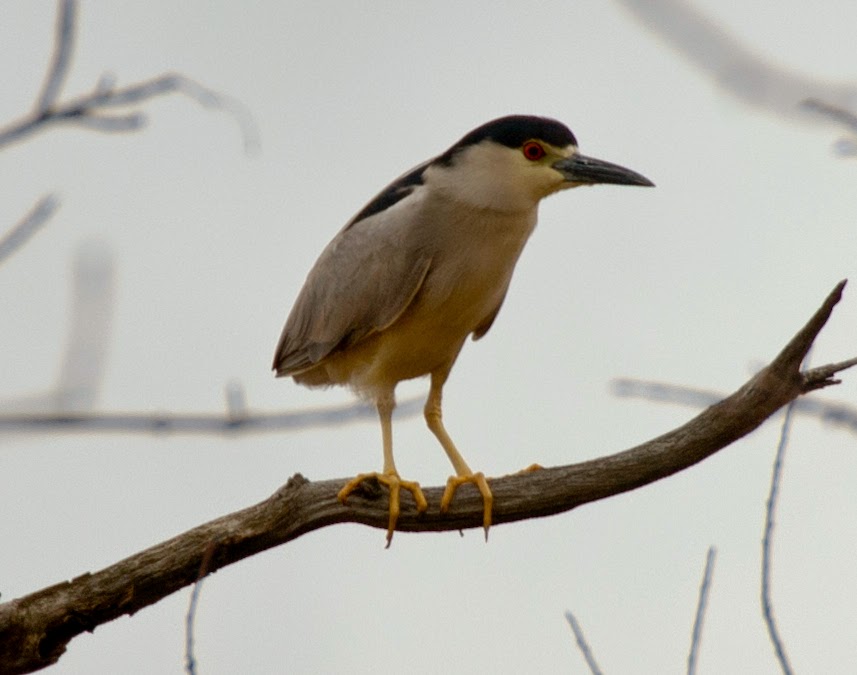 Legendary whitetail hunter Larry Benoit, of Duxbury VT, is dead at 89. he exemplified the Yankee blue- collar woodsman- hunter, and despite it being a how- to, his How to Bag the Biggest Buck of Your Life, a delightful read as well as a practical manual, would have made my book of books if not for the strict 100 book limit, and willbe in any future addition (yes, ADdition)…

He even got an obit in the NYT, respectful if weirdly tone- deaf about rural America:

“Today, trophy buck hunting has elements of competitive sport, some of
them high-tech. Some hunters use video cameras to learn the traveling
and behavior patterns of deer, and, after a kill, many have antlers
officially measured; “trophy racks,” they are called.” Yes, that they are quaintly called…

Benoit’s own style was forthright and colloquial; there is a feeling of him sitting down and talking effortlessly with his collaborator Peter Miller:

“…. if you aren’t in shape to dog a mountain buck and follow him for 15
miles, then walk out of the woods and be ready to do it the next day,
and maybe the day after, and maybe for a week, then just be an armchair
buck hunter. Don’t go out in the woods and kill yourself.”

If you must learn deer hunting from a book you could do a lot worse than to read and meditate on this one.  HT “Lucas Machias”.

Brother in law George Graham on the fall season on my native coast. The Urge for Going and migration always make me  a little nostalgic…

“As the summer begins to wind down, we find ourselves spending every last sunny moment on the trails near our house. Any excuse to walk Hal on Great Esker and the Back River winds up with too much to see. I’ve attached a few pix of the sights of Wild Weymouth, through our eyes. The landscape that blocks out the sirens and hustle. An absolutely beautiful stroll today with my favorite backwoods suburban explorer, my own Jane..”Good at All” [My sister Karen]. Action is full throttle, as an osprey hunts, a red-tail hawk sits calmly with pigeons on the wires while a great blue heron squawks and snowy egrets fish the incoming tide for snacks. Meanwhile a turkey vulture meanders overhead, cormorants sunning on the peat shore under the salt marsh grass, gulls crabbing in the mud, terns and ducks in the river. This truly was happening simultaneously, just an overload of goodness for us to witness.” 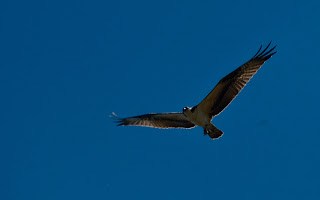 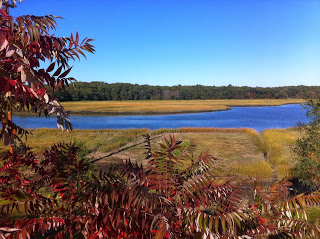 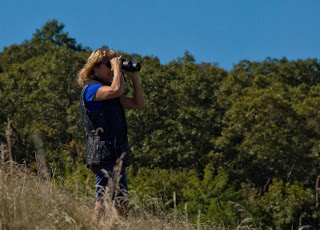 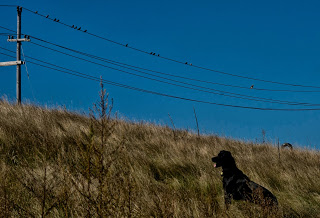 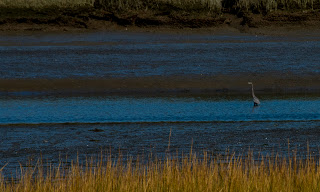 That is tidal water, folks, including the river…

Urge for Going? The definitive version: