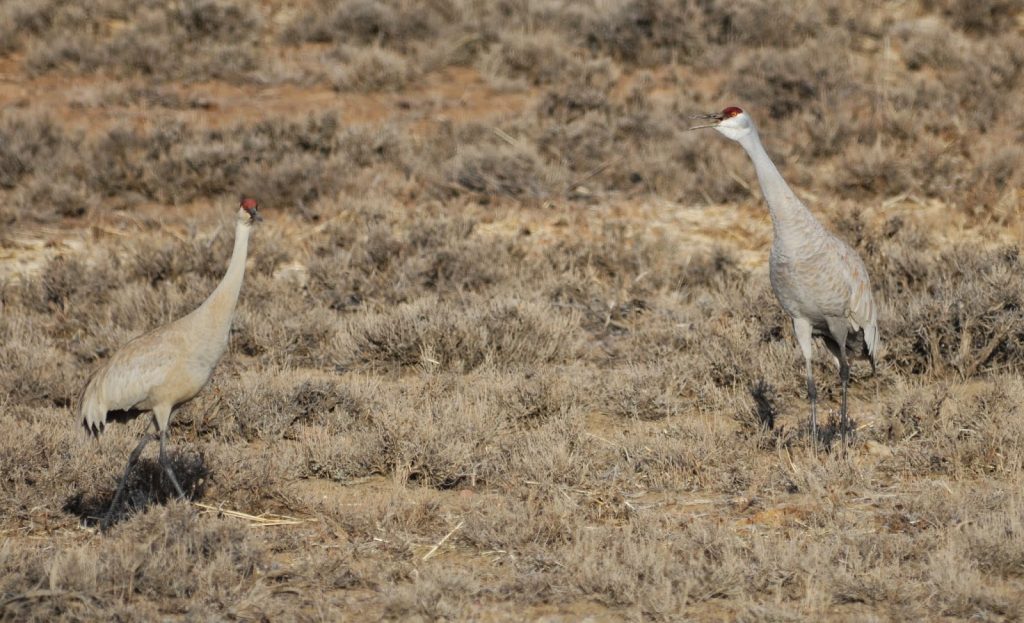 A pair of sandhill cranes arrive for breakfast every morning, slowly striding across the green sweep of ground where we’ve fed the sheep flock the day before. They appear in the early dawn, and I step out the back door to quietly call out my wishes for a good morning. The cranes respond with their trilling calls in this most calm time of day. I can’t help but wonder if these are the cranes that I developed the same routine with last year, and the year before … I like to think so. Greeting the morning with old friends is a wonderful way to start the day. 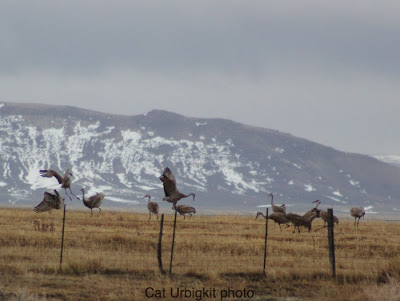 Had to haul our last load of hay from our friend’s ranch on Sunday. It was very overcast and the ranch is ancient and captivating. These sandhill cranes were in the fields, and I’m sure they were dancing for the sheer joy of spring, rather than simply practicing their mating dances they will soon be performing. I was too far away for any great shots, but I think I captured the mood. 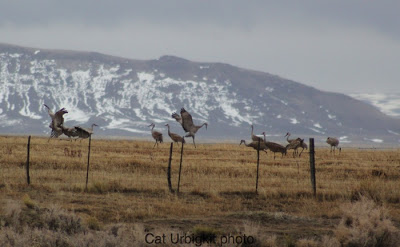 One of the herders from Nepal was finishing up the feeding for the day, putting out hay for the horses and small goat flock used as a meat source for the herders. 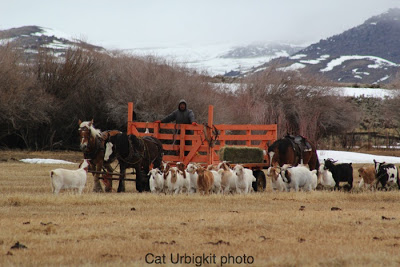 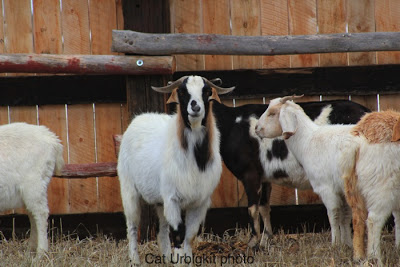 The old cottonwood trees on this 100-year old ranch are full of nesting raptors, including two nests occupied by Great Horned Owls. 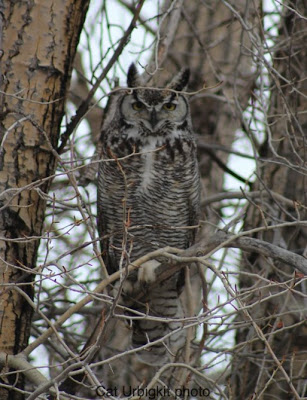 There are lots of treasures on the ranch, including this row of wagon wheels, next to an old sheep camp that was used to the point of it decomposing into the earth. 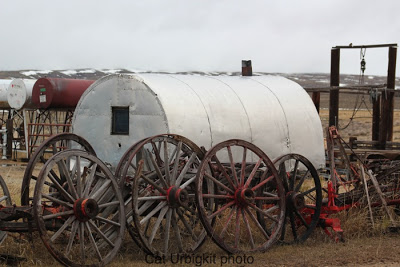 This last shot makes me smile every time I see it. It’s our new litter of guardian puppies, firmly latched onto their mother for their dining pleasure. The pups are consuming lots of dog kibble now also, getting a minimum of three feedings a day from us, in addition to their mother’s milk. 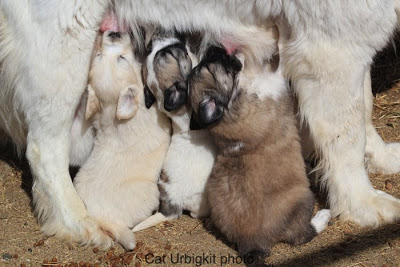 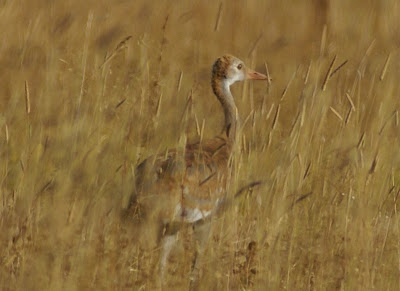 Didn’t actually get a clear, good shot, but this one explains it. Baby sandhill cranes have fuzzy heads. How perfectly endearing … 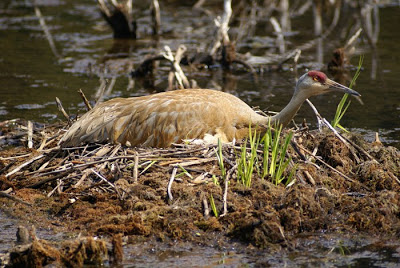 The sandhill cranes are nesting now. The arrival of these birds is a true indication of spring’s arrival. Usually we hear them before we see them, and the sound always brings a gladness to my heart. Crane fossils about 10 million years old have been discovered in Nebraska, indicating that cranes are our oldest surviving bird species. 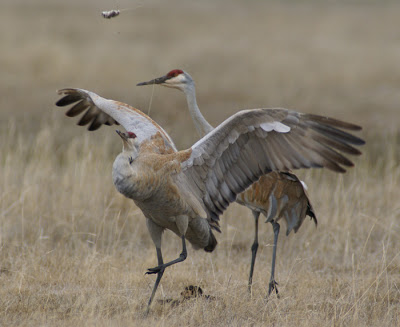 I’ve been working hard all week, either on the computer or on the ranch, so this morning I played hooky and went for a three-hour photo excursion to some of my favorite places in our county. This sandhill crane was busy throwing a chunk of cow manure in the air, hitting it with his head and beak, playing with it like it was a hackee sack. I saw it as I was driving by, and I swung back around to try to get a photo before it quit. One photo was all I got, but mercy what a fun photo it is. Anyone out there still doubt that animals play?

A small segment of Sublette County, Wyoming has one of the largest nesting concentrations of long-billed curlew of anywhere in the world. They love flood-irrigated hay meadows, digging through cattle dung for bugs. 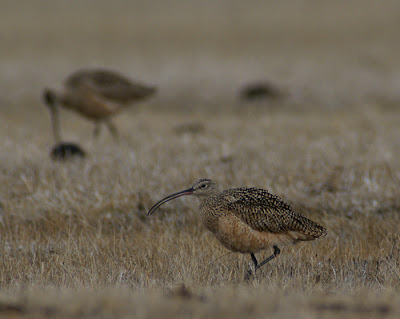 I saw more Swainsons today than any other raptor. 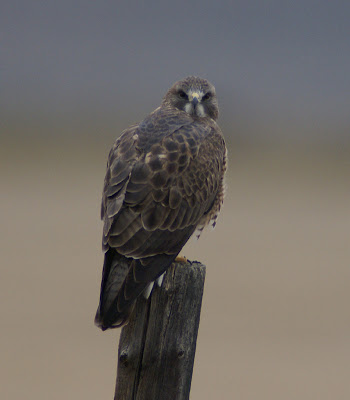 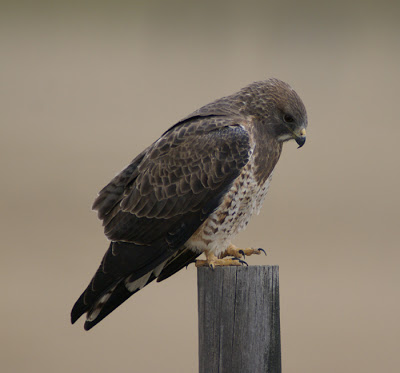 This bird seemed to be about to burst its chest as it cheerily sang the song of spring. The Meadowlark is Wyoming’s state bird, as it is for several other states. 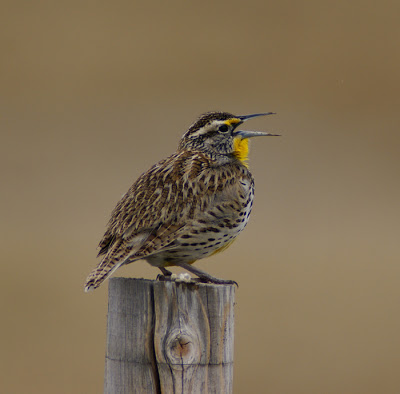 As I headed home, it was starting to snow a little, and a badger appeared alongside the road momentarily before disappearing into a burrow. 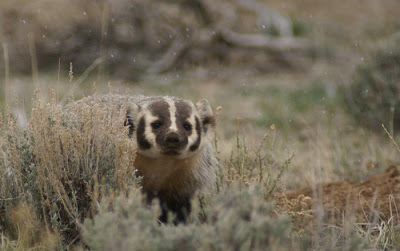