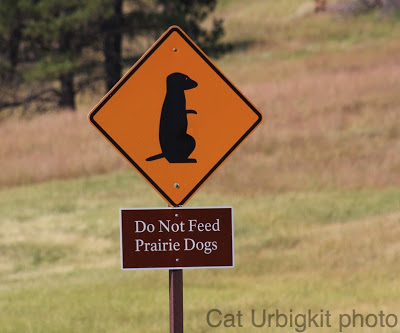 Husband Jim and I were able to spend a night out under the stars at Devil’s Tower, Wyoming last week. We laughed when we drove into Devil’s Tower National Monument and saw the sign above. But then we turned the corner and saw why. 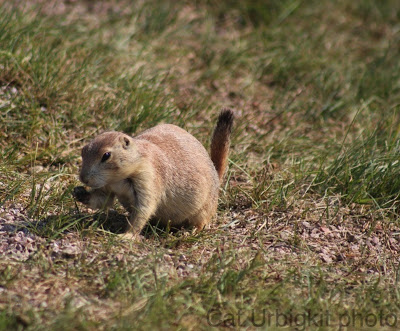 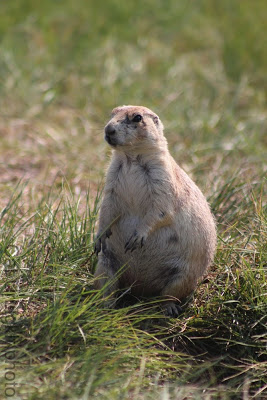 This is a black-tailed prairie dog from Devil’s Tower: 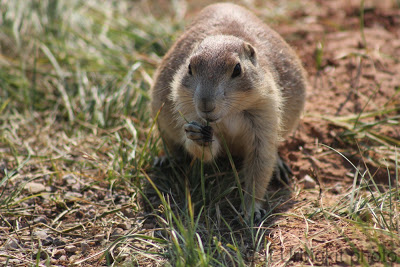 This is a white-tailed prairie dog from my driveway: 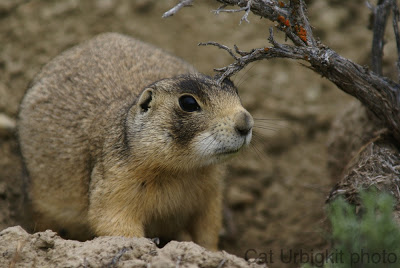 Other interesting encounters included a variety of grasshoppers, but I don’t know the species: 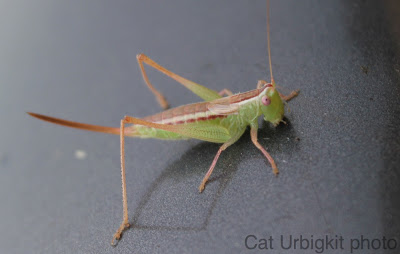 I really enjoyed this black and yellow garden spider. Love the “alien” pattern: 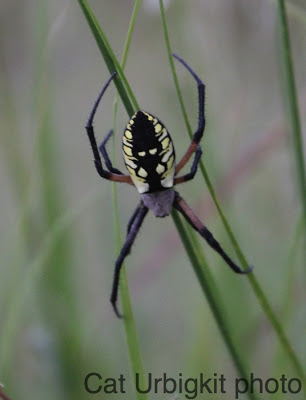 Best of all were the turkey vultures. We have a few here, but I still love to see them. The dark-headed vulture is an immature. 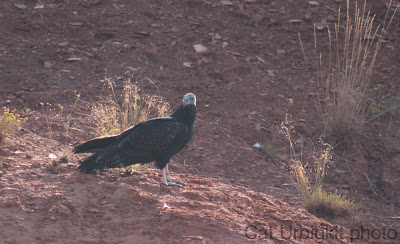 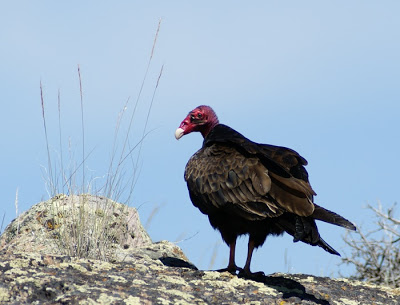 I know very little about turkey vultures, but am fascinated by them. Thirty years ago when I reported I had just seen two vultures in Sublette County, I was met with disbelief. Although still not common here, we do have a few turkey vultures in the summer these days. Our western migrants spend winters in Central or South America. Official maps of turkey vulture summer distribution indicate we still have only a few in this region of western Wyoming. They are wary of human presence and are easily disturbed here, but I know that isn’t the case in areas where they are more abundant.

Hawkwatch International reports that there are about 2 million turkey vultures in North America, which it estimates is 29 percent of the global population. Hawkwatch also reports populations of the Turkey Vulture have:
• increased substantially throughout northeastern North America in the last 30 years and expanded the species’ range northward; and
• increased since the early 1980s in western North America, but declined since the onset of regional drought in the late 1999s.

If you know something about this species, please share some comments. I shot these photos of two vultures yesterday on my way to an artist guild luncheon at Boulder Lake Lodge, in the foothills of the western slope of the Wind River Mountains. 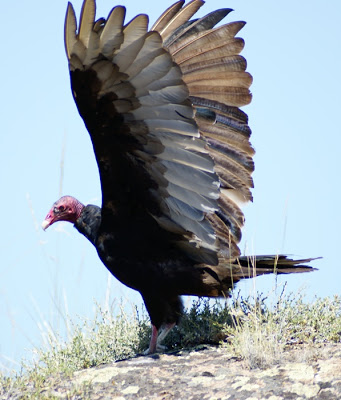