Too burnt on obit- writing to write a proper tribute to one of my (and Betsy Huntington’s; she left me all my early first editions; and Q’s) favorite writers and examples of a life well- lived. But readers and nomads everywhere should observe a silent moment: Patrick Leigh Fermor has died at 96 in England. He had recently returned from the island off Crete he had called home for many years, perhaps to be reunited at last with his late wife Joan. We must all hope that he finally completed his third book about his youthful walk, between the wars, from the Hook of Holland to “Constantinople”; the second volume,Between the Woods and the Water, may be my favorite travel book ever. I eagerly await Artemis Cooper’s biography next year…

Good obits in the Telegraph, at England’s Channel 4, and at The Guardian. More to come I’m sure…

Will attempt something later; for now here is an older post by me and here is one by Reid. 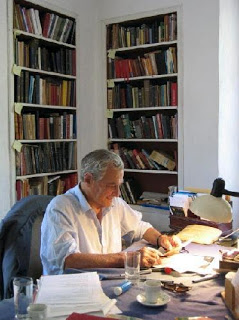 UPDATE: more good obits and memories: Max Hastings in the Daily mail; his biographer-to- be, Artemis Cooper, with a photo of his first love, Romanian princess Balasha Cantacuzene– be still my heart! 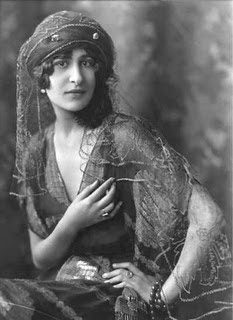 Let’s lift a glass to one who never hesitated– see Cooper’s opening tale– to do so himself.

And a last note from another Guardian article, for those who are holding their breath about the existence or fate of the “Third Volume”:

“Readers are still awaiting the promised third leg of Leigh Fermor’s trip, despite the author’s repeated promises to “pull my socks up and get on with it” and his 2007 declaration that he was learning to type so that he could complete it more quickly.

“Cooper, who visited him at his Greek home earlier this year, said that the writer had been working on corrections to a finished text. “A early draft of the third volume has existed for some time, and will be published in due course,” she said.’