Old Year news, which I didn’t want to make anyone sad about during the Holidays. In the kind of  coincidence weirdly common in falconry– see the quote referenced above and quoted in full below– good friends (and good falconers) lost both my birds in one December week. Rio/ Guero had been brought to the point of taking quarry by Tavo Cruz when he went into one of those sudden twelve – hour downward  spirals that used to make an old eagler I know mutter that “Gyrs have AIDS”. It IS better these days, but Gyrs, in addition to being almost impossible for me to follow these days except under the best conditions, are still more delicate and “immunologically innocent” than many slighter species. 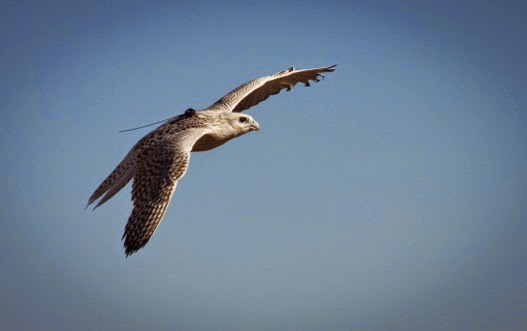 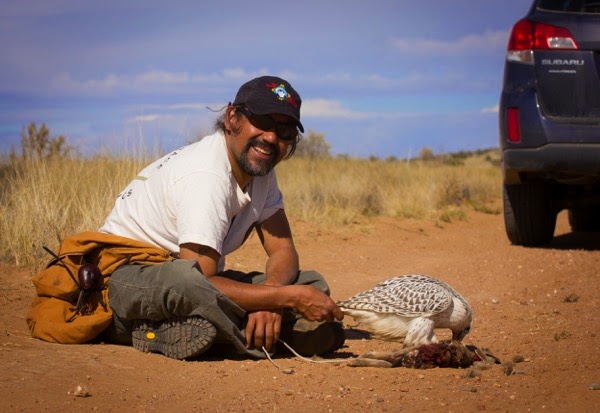 Meanwhile, Bodie had lost his good Saker in as strange a set of circumstances as I have ever known; to a coyote in his library at night, with a locked door between it and the young deerhounds, who would have settled its hash. The coyote locked itself in, and Bodie shot it with his 1911; his suburban neighbors in Corrales tried to get him in trouble for shooting it (in his house, mind you), because they feed coyotes. That this may well end up with the coyotes eating their toddlers apparently hasn’t occurred to these idiots. Read Valerius Geist.

Anyway, I lent him Chicken and she had a good season, flying and killing even large ducks on a nearby golf course pond, until one day she missed one, and not being the most lofty of falcons (that heavy Shahin wingloading that gives speed but not lift) landed on an electric transformer and fell to the ground, instantly burnt to death. This was a week after losing Rio. Sadly, not a rare fate for a bird; there is one in my alley that takes a regular toll of feral pigeons. 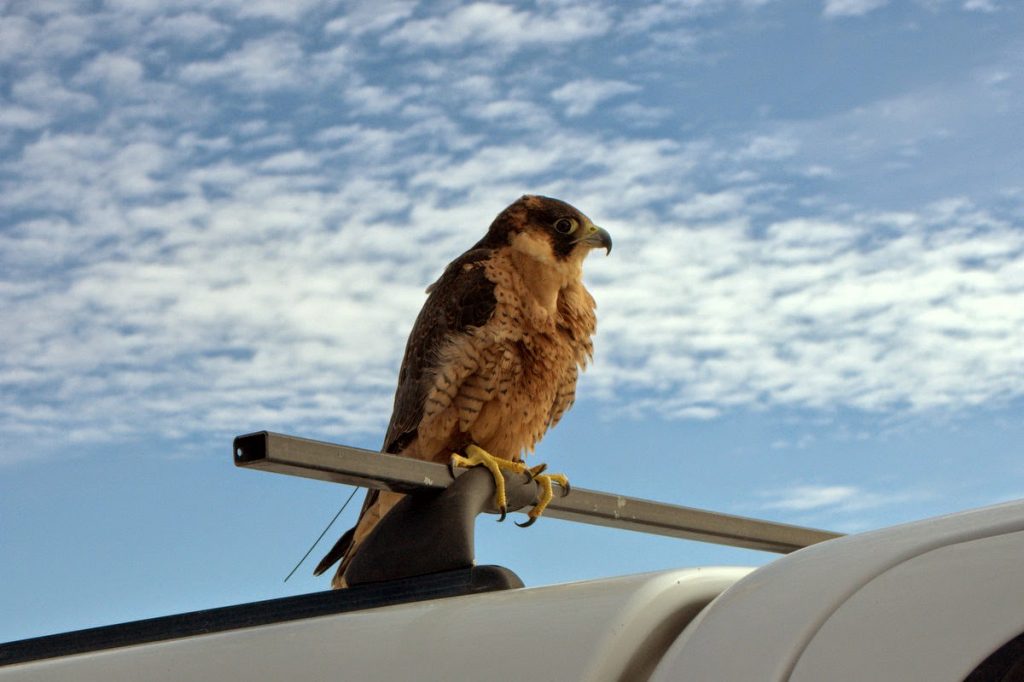 Both birds were given good lives, good flying and kills, and I thank my friends. But now I must devise a way of falconry that works for me with my present level of physical competence (and that uses ones I can fly off or out of vehicles if necessary). I think it will be small Accips and male Harrises, though some micro- falcons may work too.

The only falconry that is unacceptable is NO falconry. But Gace de la Vigne knew:

2 thoughts on ““A Hundred Sorrows””