I used to have a whole photo section called that, but Daniel reminded me of it when he sent these pics of his girl pup Maggie playing with Bramble, the falcon. He writes:

“She plays rough with the other dogs (this is a ‘doggy’ bitch, for sure), but never touches the bird.

“He is quite confident of his ability to put a dog in its place, either footing the dog in the snout or nipping  the nose – even then he pulls his punches.” 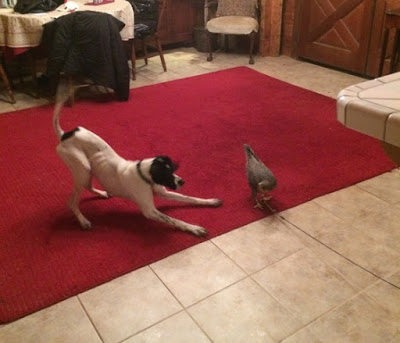 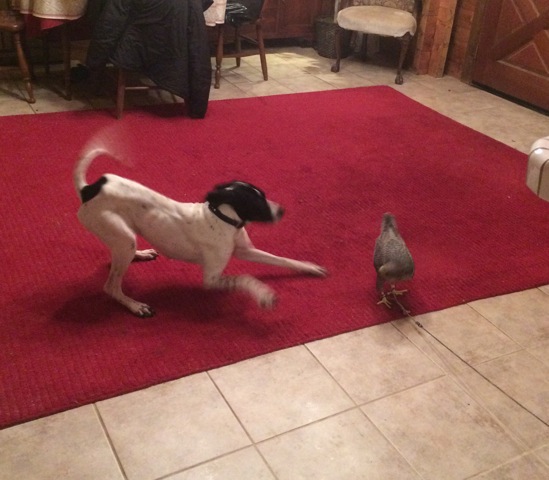 Look at that TAIL. 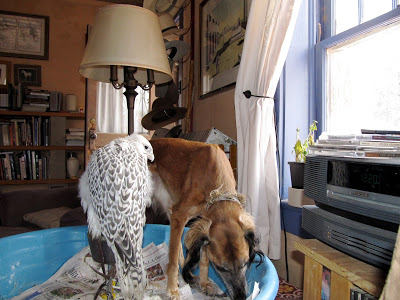 And some birds– well, one bird– actually fed the dogs in the summer after he grew up, during the time he would have fed nestlings. We had  to move him to where he could not reach the dogs, though he would call to them through the fence. 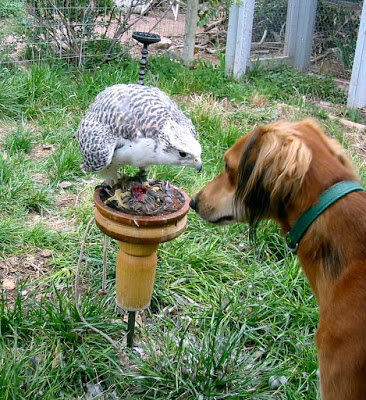 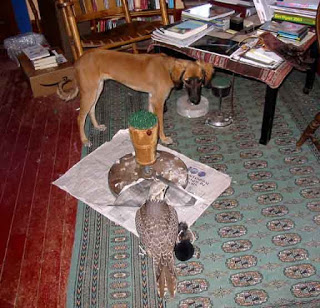 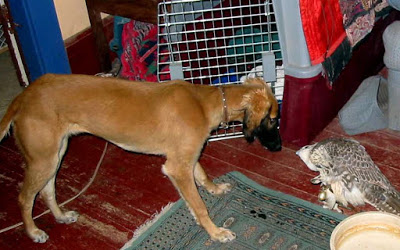 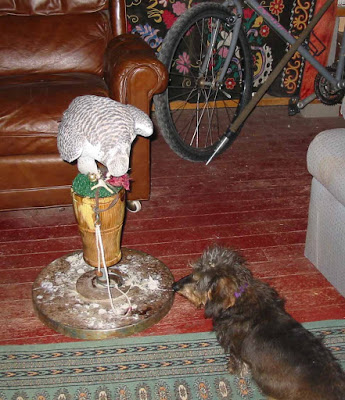 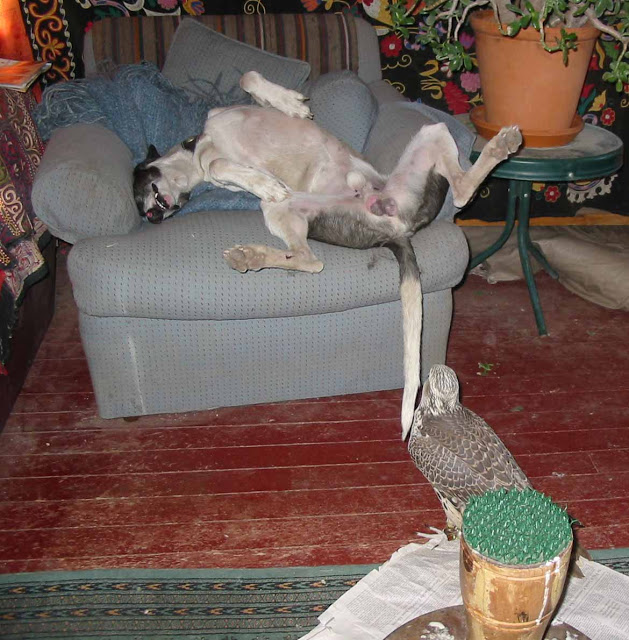 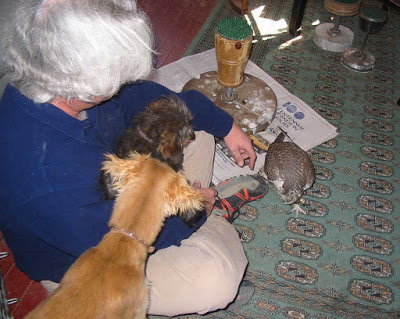