Twenty years ago, I was in the Boston Museum of Fine Arts and saw an exhibit of Japanese art featuring hawks. I tried to get pictures with poor results to send to Steve. The web was in its infancy then so it occurred to me to see what was online now. More than I expected. I tried to find if Steve already mentioned this but didn’t see much. There is this reference and a more general one. I am not sure if the hawk scenes were from me or something Steve found later.*

Searching for hawk under the collections turned up 500 hits, eagle 1700 and falcon 500. There were so many I couldn’t check more than a few. There are some stunning images by Japanese artists. 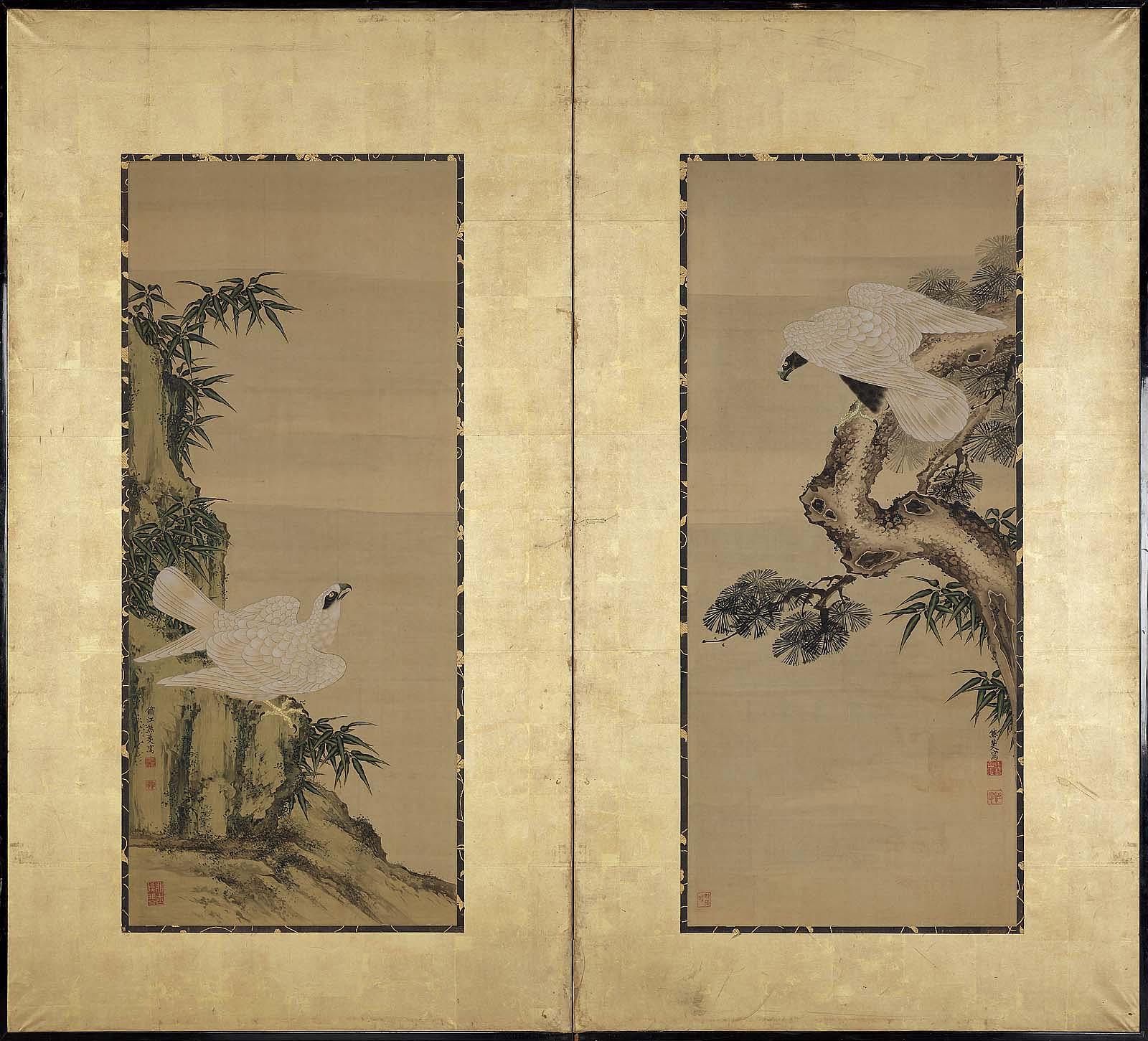 There were several of North of the Waste White goshawks like the one at top and these two. 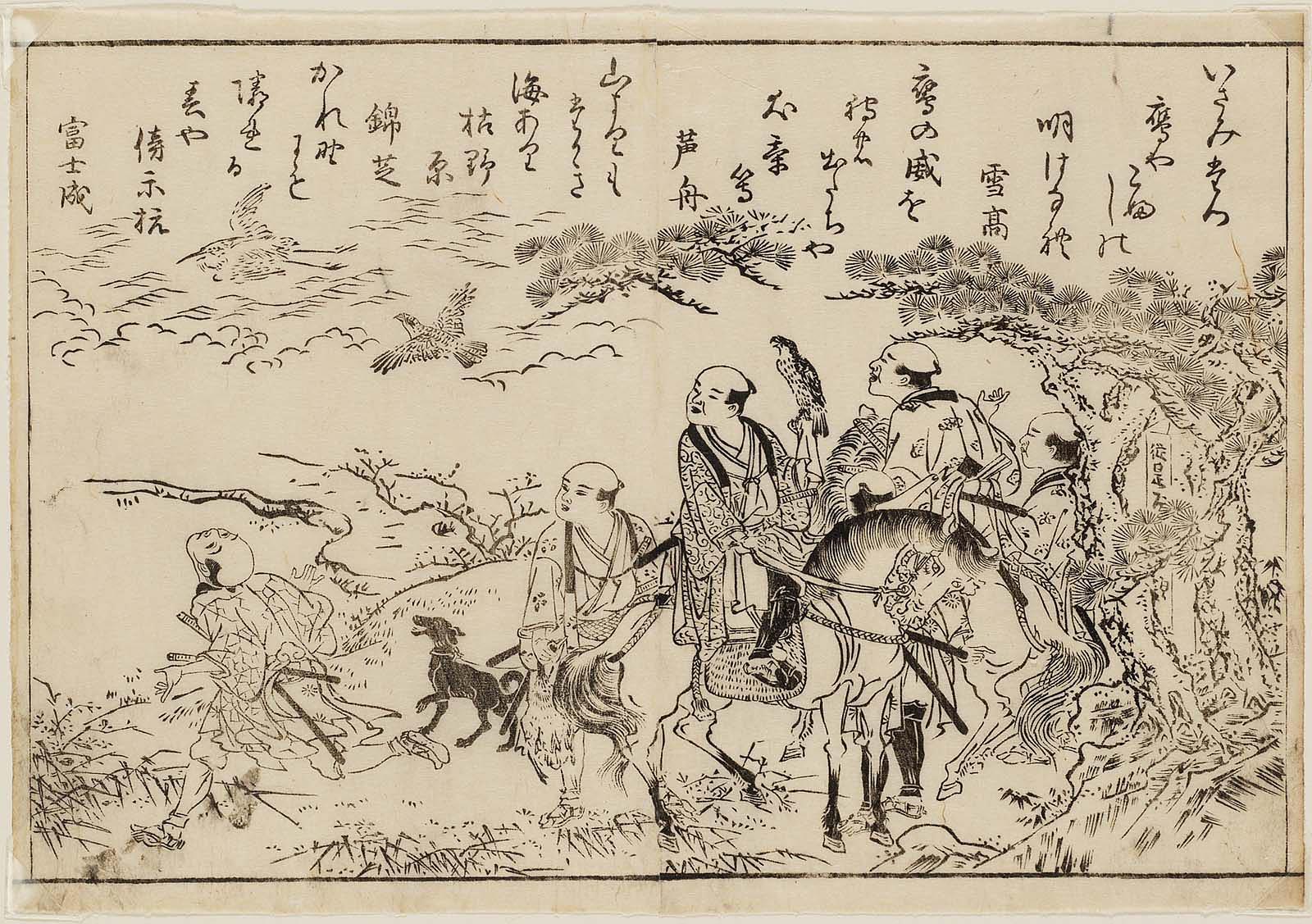 Several were of hawking herons and egrets which was a desired prey in several falconry cultures. 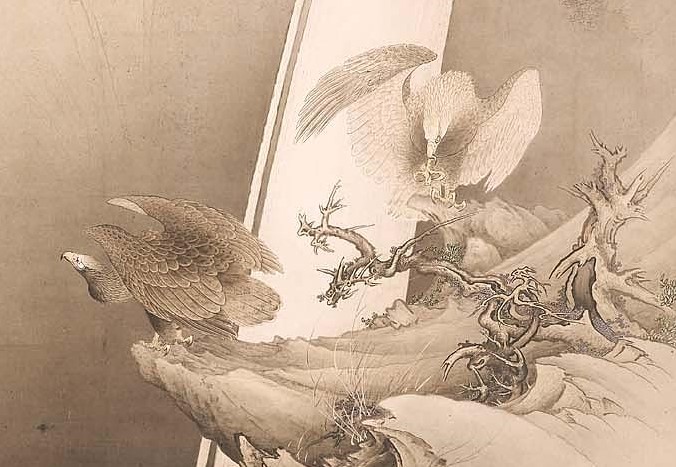 ​There seems to be a lot of mislabeling, too.​ This cropped image seems to feature eagles, not hawks, as claimed. Correct, Steve?​ 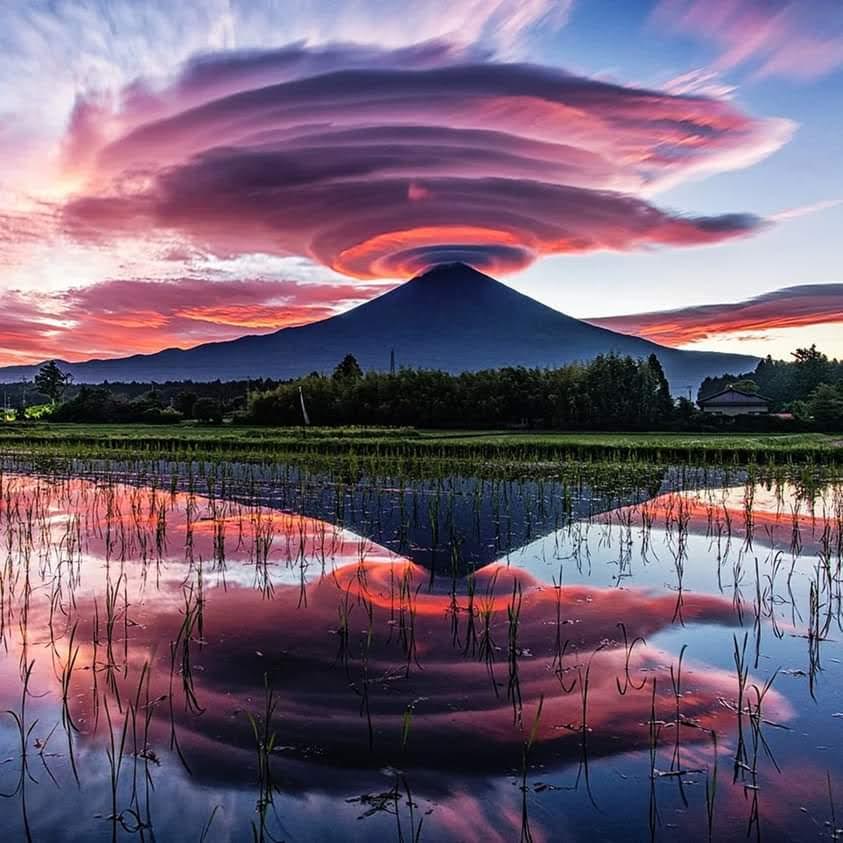 Speaking of Japan, this image of lenticular clouds over Fuji is too good to not post.

As usual, open in a new tab to embiggen.