Barry Lopez in Granta. The first quote is so often the writer’s dilemma.

“As much as I believed I was fully present in the physical worlds I was
traveling through, I understood over time that I was not. More often I
was only thinking
about the place I was in. Initially awed by an event, the screech of a
gray fox in the night woods, say, or the surfacing of a large whale, I
too often moved straight to analysis. On occasion I would become so
wedded to my thoughts, to some cascade of ideas, that I actually lost
touch with the details that my body was still gathering from a place.”

“Existential loneliness and a sense that one’s life is inconsequential,
both of which are hallmarks of modern civilizations, seem to me to
derive in part from our abandoning a belief in the therapeutic
dimensions of a relationship with place. A continually refreshed sense
of the unplumbable complexity of patterns in the natural world, patterns
that are ever present and discernible, and which incorporate the
observer, undermine the feeling that one is alone in the world, or
meaningless in it.”

One of the wisest naturalists I know, Dr John Burchard, on the subjects below and more:

I firmly support the right to keep “exotics” in captivity and/or partial or complete liberty (our wolf lived free in the desert on weekends, and our coatis mostly lived free in our very normal residential neighborhood, for example). Much of my professional life has been devoted to the study of animal behavior (and its relevance to human behavior). One of my principal mentors in that work was the famous Austrian zoologist Konrad Z. Lorenz (best known to Americans perhaps for his charming books King Solomon’s Ring and Man meets Dog).

I worked with Konrad in his Institute in Germany for seven years, during which
time he shared a Nobel Prize for his work. None of that work would have been possible at all without being able to keep all sorts of “exotic” creatures under quasi-natural conditions and often at partial or complete liberty.

My own entry into that field would also have been impossible without similar childhood
experiences – some of them, even then, probably already illegal under U.S. law. As a schoolboy I had all sorts of free flying, tame (because hand-reared) wild birds flying around outside our house. (Read King Solomon’s Ring to get an idea of what is possible, and indeed necessary, in that direction). My own childhood, thanks to exceptionally tolerant parents, was somewhat similar, though my most special interest was snakes. I gave my first public lecture – on snakes, of course – to the Rotary Club of
Newport, VT – at the age of 7– 73 years ago next month. One of the snakes escaped, and slithered under the piano, during the singing of the “Star Spangled Banner” at the end. Highest marks for patriotic heroism of the lady piano player, who persevered wide-eyed but without a quiver while I rounded up the wayward reptile.

Watching animals on TV is not an adequate substitute for actually living with them. We now have wonderful, amazing natural history shows on TV. They are almost too good. And they are not the same as lying in a very small tent beside a remote Swedish lake, watching a moose pass within three feet of our noses on his way down to the lake to eat water plants. It’s not the same as walking through the forest with a tame Goshawk on your glove, learning (by watching the bird) how it constructs its world by
remembering successes (a rabbit from *this* branch, at 4:17 pm) and failures (an empty field *here*, at 3:22 pm). You learn to see the world as they do.

Without that, you understand nothing.

You can’t really do any of that watching animals from a distance (as Wayne Pacelle would like… actually, I think he would like animals to go away altogether, but he doesn’t dare say so out loud. Unfortunately, I have sat across the legislative-hearing witness table from that man – twice. ‘Nuf said.

Involvement is everything. Remember Mowgli? “We be of one blood … ” Kipling understood. Modern humans are in great danger of becoming totally disconnected from the natural world – with dire results for us as well as for “wildlife”. Keeping “exotics” – and using them to teach – is one way of fighting against that trend. 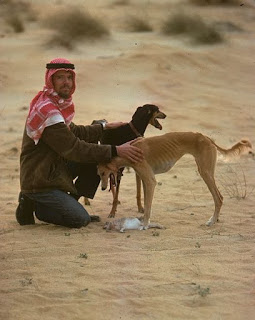 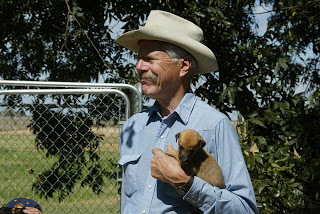 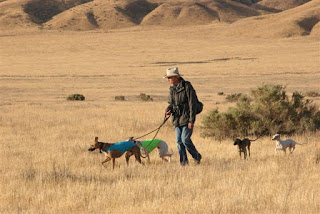 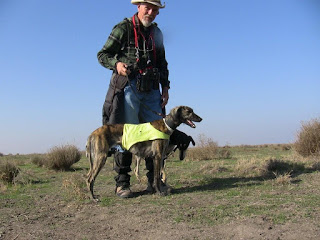