Colonel Jeff Cooper was a crusty old marine, shooter, and writer, one of the most influential firearms thinkers of the twentieth century. He wrote an enormous series of entertaining and informative essays, observations and quips called his Commentaries, a sort of proto- gunblog.

But he could be a bit set in his ways, at least in his later years. When he called for suggestions for the greatest hunts in the world I proposed the Kazakh flight of eagle at wolf. After several notes back and forth I received the following postcard: 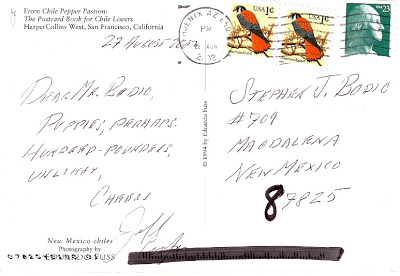 That this might be a case of more than usual stubbornness is suggested by the fact it was a reply to this photo: 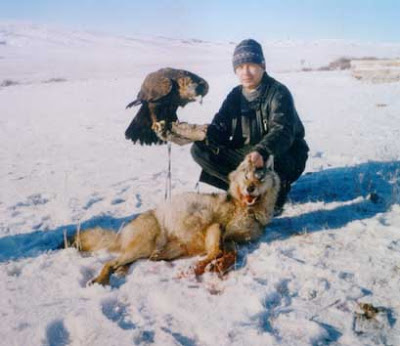 As Jonathan Hanson said at the time, he was a splendid creature, but he should have perished at the K-T meteor impact.

3 thoughts on “Colonel Cooper and the Kazakh Eaglers”