Or, from pigeons to eagles to art.

The whole thread started when artist Graeme Boyd of my pigeon discussion group emailed us this video of Chinese pigeons being flown with whistles.

Everyone knows that this is an interest of mine. I even have a collection, sent to me by a German scholar who taught in Beijing and whom we showed around Ulan Bataar. 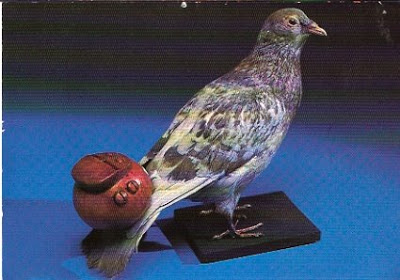 When I played the video, I discovered that the Englishman narrating was my friend Al Gates, legendary Berkutchi and the only person ever to hunt with one eagle and then breed her and hunt with her son.

Of course I immediately e- mailed to see if he had anything else new going on. He did, of course, and I’ll post that above.

Meanwhile, as though in synchronicity, new pigeon and eagle material just kept coming in. There was this Life Magazine image from Chas: 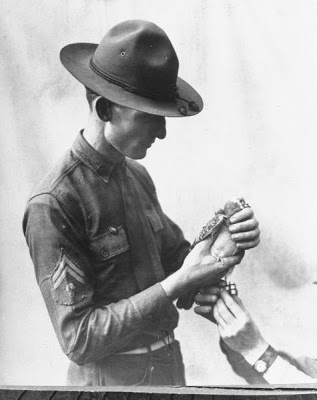 I think I’ll add this older one of a pigeon with a camera, from the Spy Museum via Annie H: 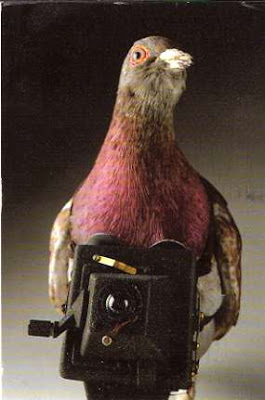 And this video– actually narration over stills, but good stills and mostly accurate info (though eagles do NOT take months to train) here, sent by the tazi group. After about 2:50 our old friend Aralbai comes in. Cat rode with him and his son this past fall (see the various “Cat’s Mongolia” posts) but here he and his son are in ’98:

Perhaps this is the place to say that sad word from Mongolia has come in: Manai, who I hunted with in ’98 and 2000, and who is on the cover of Eagle Dreams (you can see the book down in the sidebar) has just died. He was younger than me. I have no details yet, and will give him a proper remembrance when I know more.

2 thoughts on “Pigeons Plus”