Two recent movies feature updated versions of a very old fantasy meme: taming dragons.  In both James Cameron’s AVATAR and the more recent DreamWorks picture, How To Train Your Dragon, the protagonists befriend what amount to winged reptiles (or their “Pandoran” equivalents) after intense and well-rendered sequences of the wild animals’ capture and taming.

I imagine most falconers will watch these movies with a critical eye.  I found both films enjoyable and their depictions of this particular, hands-on wildlife interaction surprisingly palatable.  I have no idea what sort of research in real-world domestication the filmmakers might have drawn from (one sees glimpses of horses, cats, dogs, seals, birds, dolphins and lizards in the movements of the movie dragons), but the sequence of emotion and behavior in the animated creatures—and of their tamers—mirrors closely the experience of manning a bird of prey.

Maybe I am too big a movie fan.  But despite my worst expectations of modern Hollywood, these two entertainments manage to show very positive and (in context) plausible examples of close contact and cooperation between people and wild animals.  That alone, beside the amazing artistry and story-telling, is noteworthy in a time when one would expect little popular tolerance for this idea.

I left both movies wondering if it’s possible that only falconers (or equestrians, or experienced dog trainers, etc.) could appreciate the complex human/animal working relationship these movies present.  But the more obvious answer, given the films’ huge box office, is that millions of viewers must have recognized and approved it as well.

What could this mean?  Have we not drifted so far away from these elemental thoughts and ancient forms as our “humane” high priests would prefer?  If so, I am glad.  And I would say to others who enjoyed these films but have never considered pursuing falconry or coursing or riding horses: Give it some thought.

Not all the dragons are fantasy. 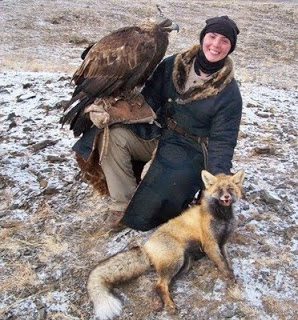