I always like finding new species, and am fascinated by “cryptic” ones that look just like others but have different DNA. (Are there really SEVEN Red Crossbills?) Not every species is really one, and if you obsess on the subject it will drive you mad. I like to argue and define, but my not quite tongue- in- cheek assertion that Northern Goshawks are not one circumpolar but two species, while the Gyr and Saker are one, is an example of a debatable case I know something about.

I know nothing about cats, but as a curious naturalist I was interested in this account of a new species of Leopardus found in Brazil, not least because last time I looked at cats the only one close to it was the Margay, Leopardus (then Felis) weidi.

The pictures made  L. tigrinus and L. guttulus look like color phases, but the evidence of long separation seemed clear. More than that was nagging at me. In the 60’s and early 70’s, before I knew her, Betsy Huntington had achieved the rare feat of breeding margays in her house in Cambridge, where they mostly roamed free. (She demonstrated her methods to a horrified Roger Caras on live TV–“I just waited until the female was in heat and stuck them together like this. It wasn’t hard– they liked each other!”)

But her two cats looked less alike than the new species and the “tigrina” Remember, these are old photos, but… 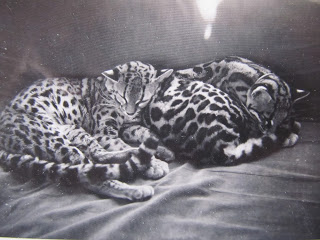 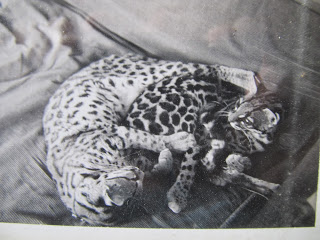 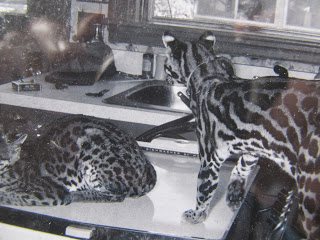 And here are a couple of the stripier one leaping and perched up where they did, and of an indubitable margay. The one with the more striking markings also has a rather different head (and I do not think he is an ocelot, as there are also photos of an ocelot– bigger, bulkier, and different– in her album to compare– last pic). 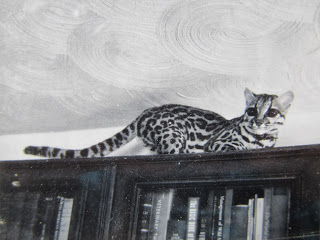 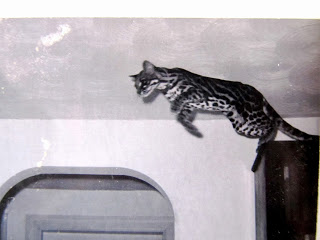 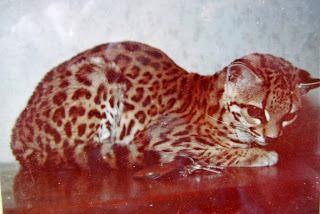 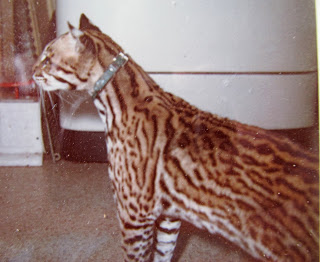 I don’t know if  we can ever do other than speculate– I think everyone involved in the project is long dead, and the only two who remember its existence are me and Annie Davidson. Annie?