The live capture of the wolf in the video below put me in mind of a Vadim Gorbatov project I would love to see published in English. Almost twenty years ago a Korean publisher decided to revive the classic Ernest Thompson Seton tale “Lobo”, about a cattle- killing wolf in northern New Mexico; a story that many readers here remember from their youth (this is for you, Beth!)

It is interesting that wolves were considered a particular problem here; also that the two ambivalent narratives that changed the public’s perception of wolves to something benign– perhaps in our day too benign?–were by paid wolf killers: Seton, who had been a bounty hunter; Aldo Leopold, a government official who believed at first that fewer predators meant abundant game, in a neat linear progression. Leopold was to see that “fierce green fire” in a dying wolf’s eyes, but when he spoke in Magdalena in 1914, to a crowd as big as our entire population is today, he was in his twenties, an ace predator controller.

At that time Vadim had not yet visited New Mexico, so he requested model photos from us– “arroyo; Pinon pine; Sharps rifle”. We sent almost 200, and were rewarded with the original illustration of our choice. We took a calm one, set perhaps before the story’s beginning. But check these out. The first is a perfect homage to Seton, a near copy of one of his almost cartoon- like marginal drawings. The second recalls the Kyrgiz wolf hunt; the hunter tying the knots is Seton himself. 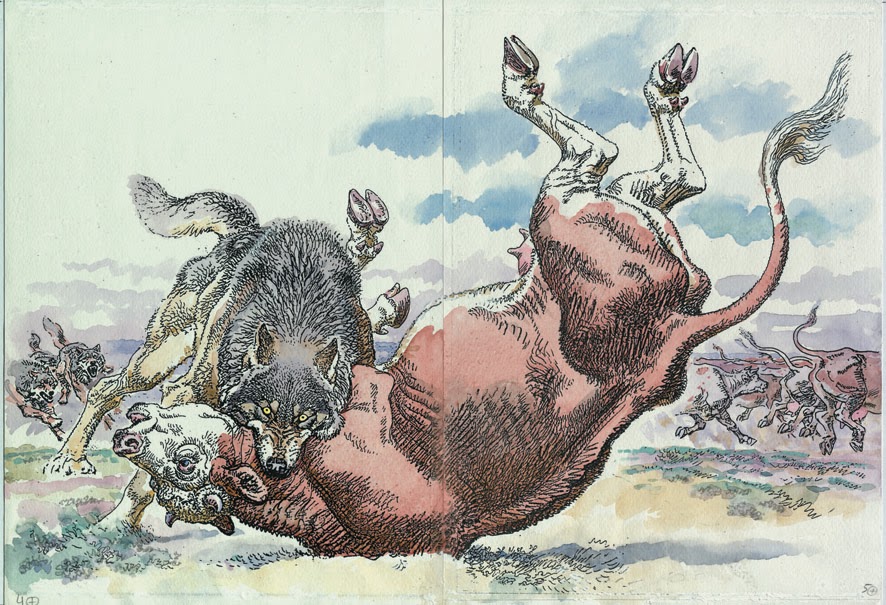 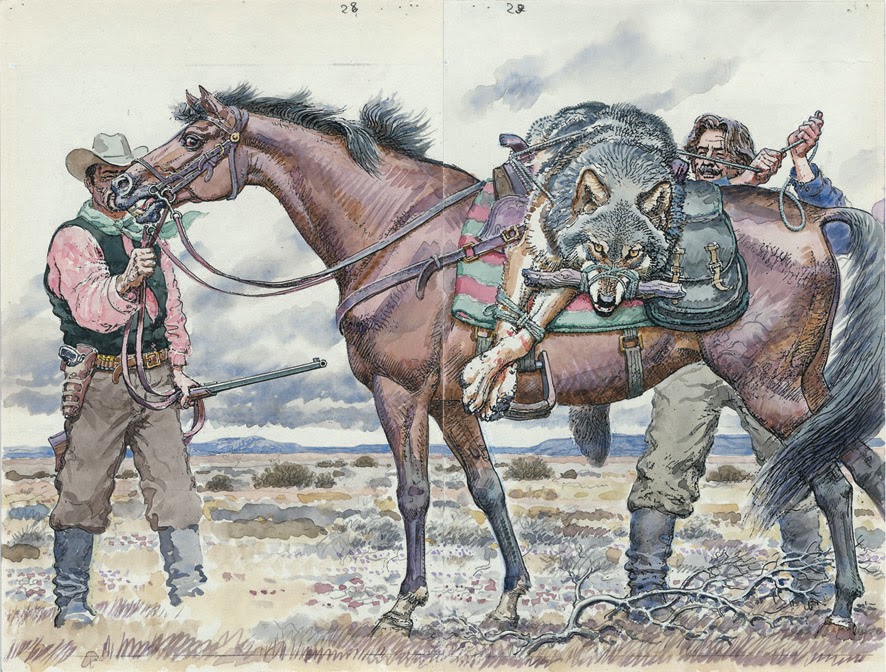 Vadim has a new Russian Seton collection out now too. More on that later, but you can see some of it on his site..

7 thoughts on “Gorbatov and Seton”