I must assume that ALL my readers have seen some version of this:

I have gotten over 100 emails, and they are still coming in. The one most saw was a BBC article (see David Zincavage’s blog), but I like the photographer’s, and his background info. It seems that the wild men of central Asia, as pragmatic as can be, have not opposed the few brave young women who have decided to take up this difficult but thrilling way of life (not exactly a”sport” by the way, as some call it, unless at the games at the annual fall “fiestas” there and in the ‘Stans).

I was delighted by the photos, and the whole phenomenon. But I thought the real pioneer was being ignored– Lauren McGough, who contacted us when she was 16, went out to hunt for a month with the late Aralbai, “The Coolest Man in the World” (Google it up), then returned on a Fulbright to spend a year there as an apprentice, then another year back and forth to the ‘Stans and Mongolia. She is now in Scotland writing her doctoral thesis, and has continued flying eagles on the plains here and in Scotland. 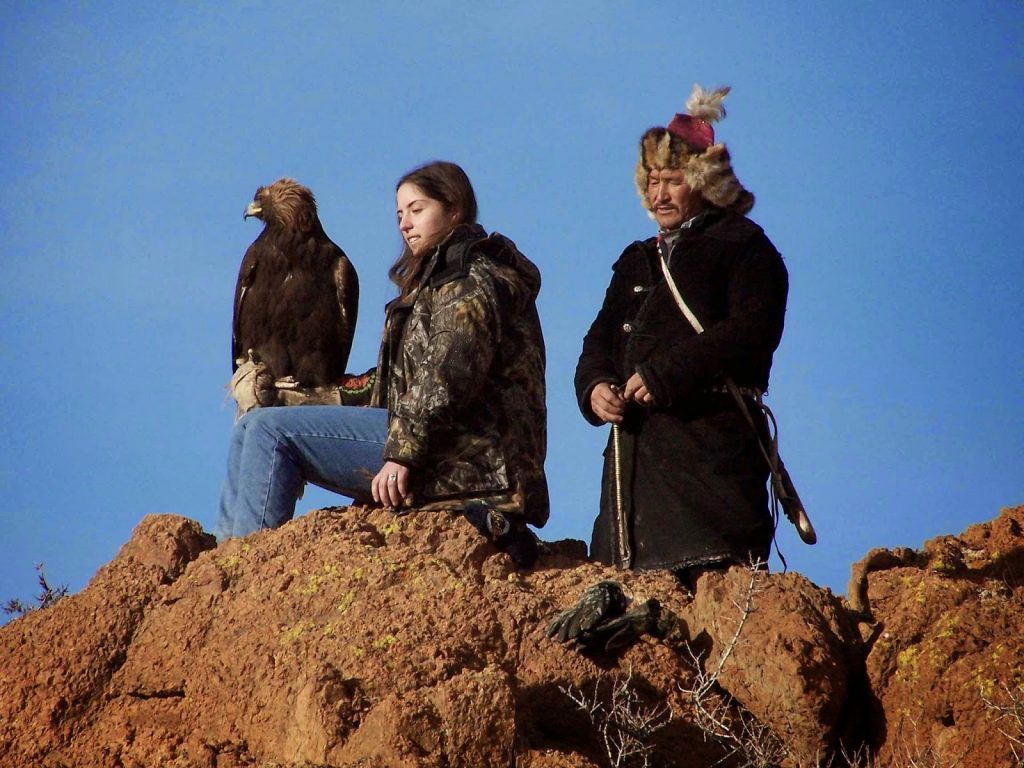 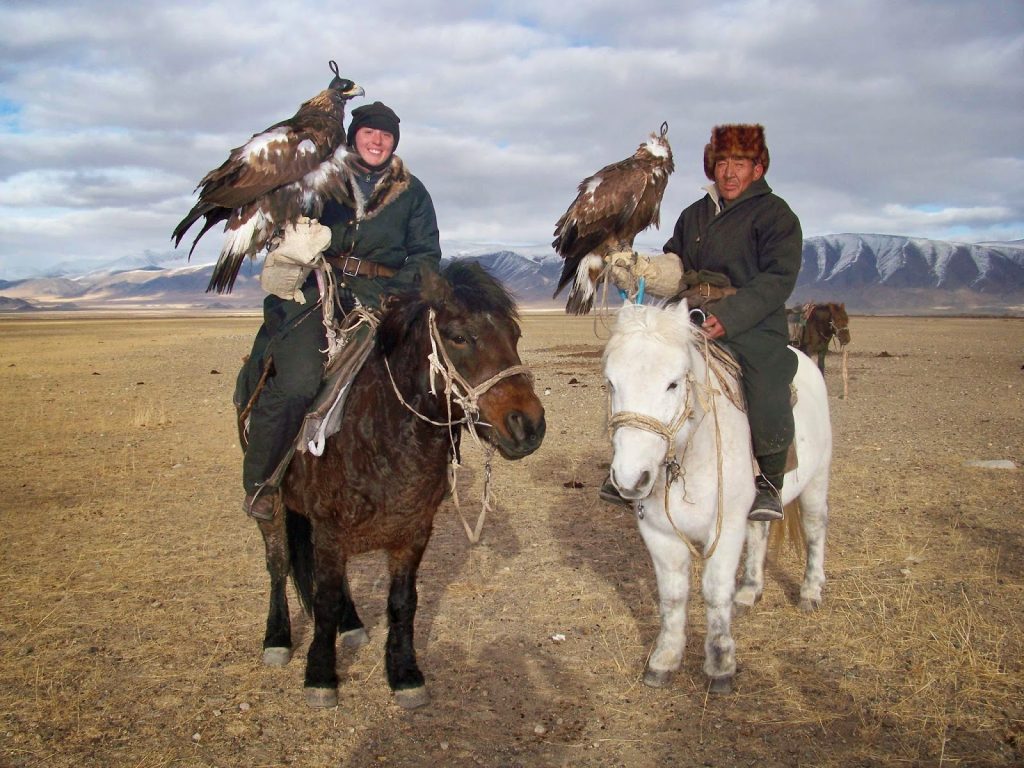 Lauren is not worried, though she has a sensible distrust of the accuracy of the press: “The photos are just brilliant of course – I recognize in that smile the pure joy of flying an eagle! I always have mixed feelings about media articles of Mongolian eagle culture, though. Its hard not to be possessive of “my” subject!…  If I can find the funds, perhaps visiting the girl myself would be a compelling epilogue. It in a way, it is like coming full-circle, from my own 14-year old self that used to daydream her red-tail was an eagle. Or something!”

After I got her notes I wondered: Olgii Aimag is not too big; could the young Kazakh girl have heard about the strange American berkutchi? Could it have swayed her father?  Could she have seen this not- very tall American with the huge eagle named after the Milky Way? 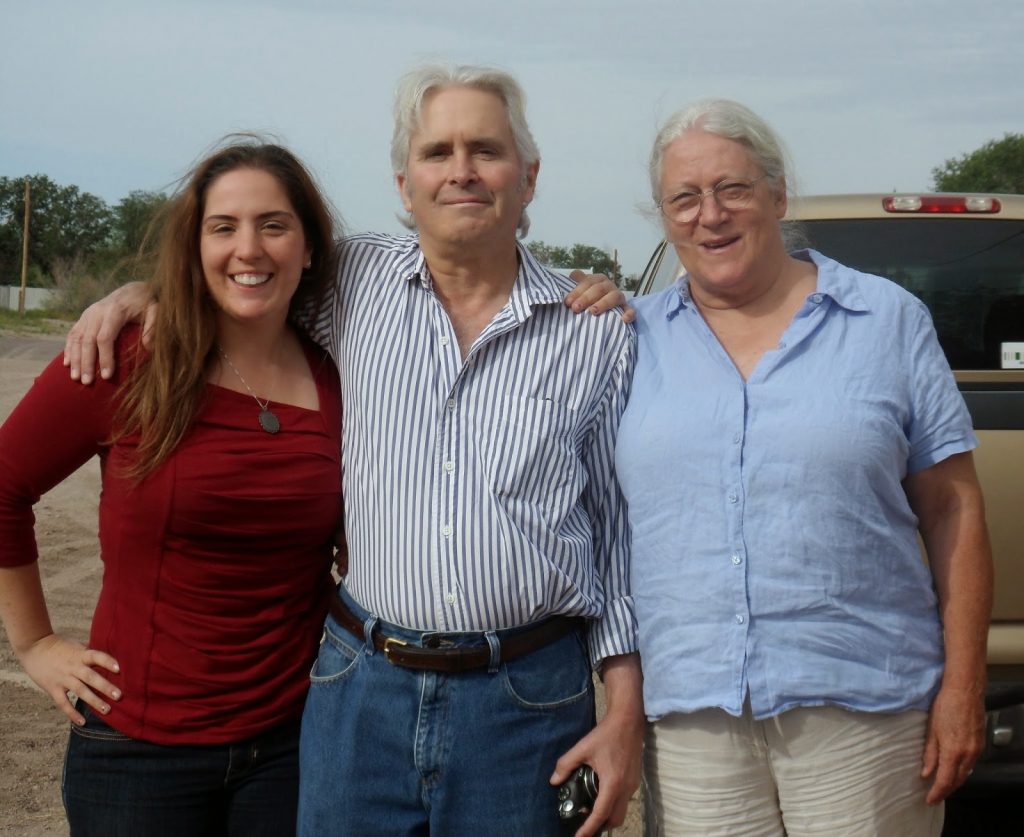 There is going to be a book, and it will have insights I never dreamed of. Meanwhile, back in the USA, the government is considering shutting down the (at most) 6 eagle annual falconry take, while wind farms and eagle- killing natives are given a pass. Sometimes I think I should go off to live and die in Asia, where eagle dreamers get some respect. 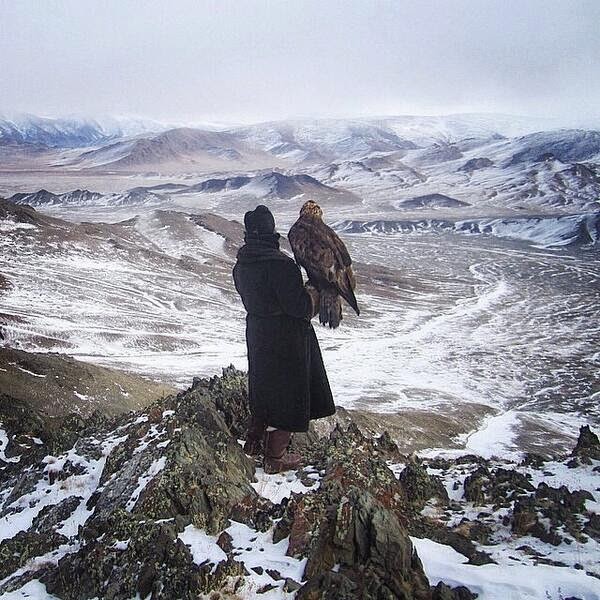