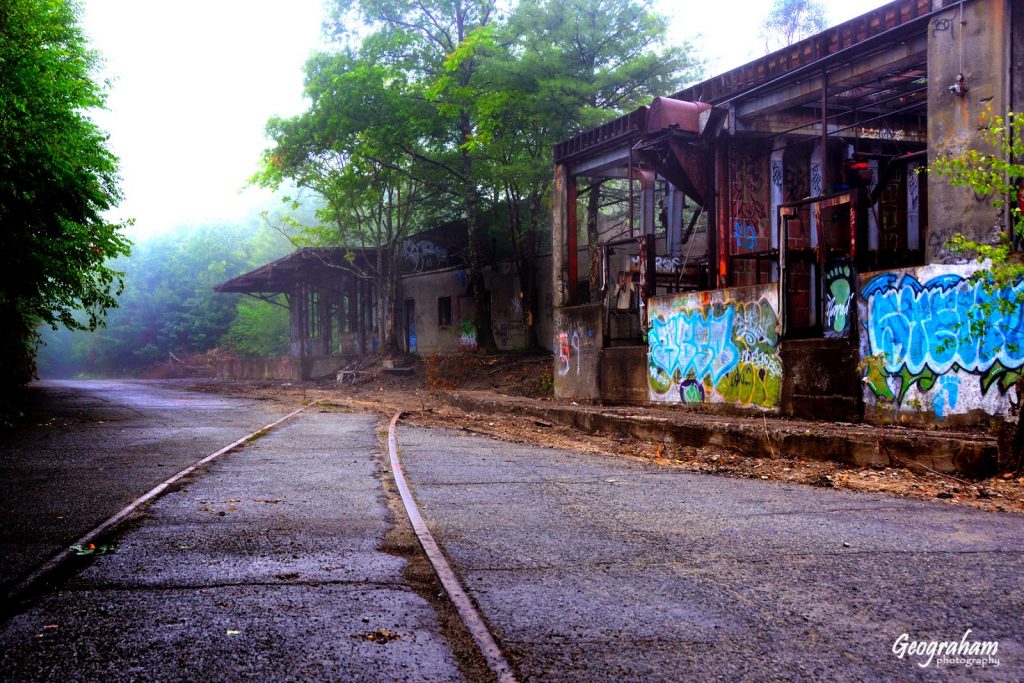 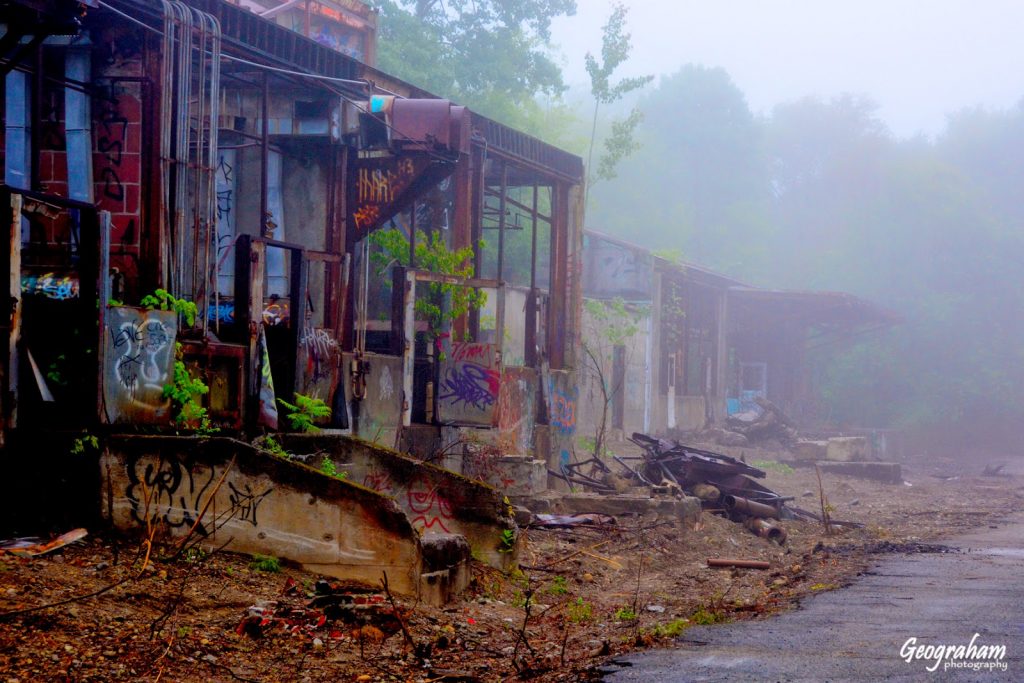 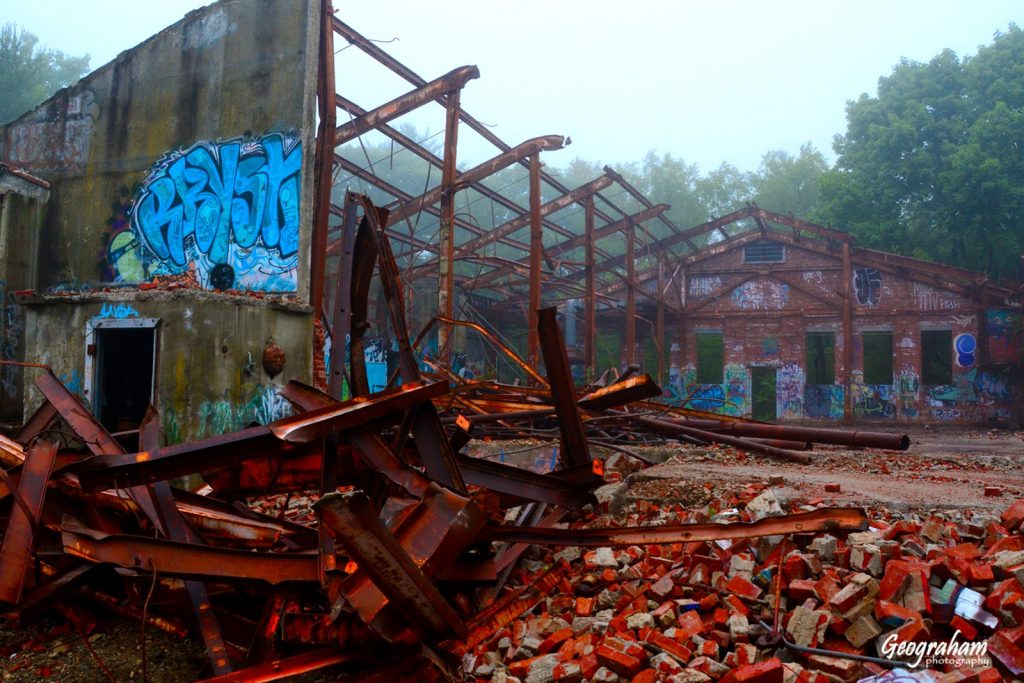 UPDATE: My brother- in- law George, who took these, explains:

“Glad you’ve enjoyed these. This is the former Naval Ammunition Annex, a
WWII fabrication facility in a closed area, Wompatuck State Park,
Hingham, MA. It’s been abandoned for over 40 years, the state finally
has the funds to demolish it. As Karen said, we’ve enjoyed the
“forbidden ruins” as military historians and urban decay explorers. It’s
also part of what locals called “the creepies”. Taggers entered the
area en’force about eight years ago…there’s been some serious
competition in that place, magnificent artistry. I’ve been collecting
maps, taken photos, some video and now artifacts collecting during the
demo.. Sad to see it go…the early am maritime fog that particular
morning was a jackpot for capturing the eerie feel, or premonition or
even pre-apocalyptic. Yes…the mind can really wonder in that
environment. We’ll miss that place.”
…George Graham

George, at your leisure I would love to  see more!