Moro Rogers has a delightful new serial webcomic, featuring the adventures of a (properly feathered) “Raptor”*. 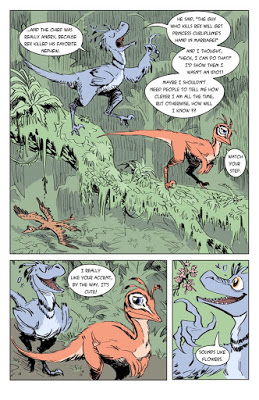 * Mark Witton will explain why “Raptor” is a dumb common term for Dromaeosaurs. Not Moro’s fault– she knows Dinos– just pop culture’s.

8 thoughts on “Raptor vs Rex”