My brother in law and great friend, George Graham of South Weymouth, Massachusetts, married to my sister Karen, faces the battle of a lifetime. Tomorrow he begins five weeks of targeted radiation and chemo, after that four more for recuperation. Then they cut. Esophageal cancer is a tough one, and it took down Hitch, but Hitch was a lifelong smoker and it was all through him.  They never even gave him the option of surgery.

George, on the other hand,  is a big healthy non- smoker, an outdoorsman and naturalist, who shares my interests in birds and guns among other things; but for their love of the ocean, I have privately hoped they might move here when they retired. He has the best attitude I can imagine, as does Karen: healthy skepticism, black humor, and a determination to avail themselves of all of the wonders of modern medicine, with which my family is amply connected, in a great medical town. All concerned will do their blessed damndest to fight this thing…

So, say a prayer or just light a candle to modern science, but let Karen and George, and their sons,  know they have any support they need. I will.

He and Karen with Tom and Nadine Russell, Passim coffeehouse, Cambridge MA 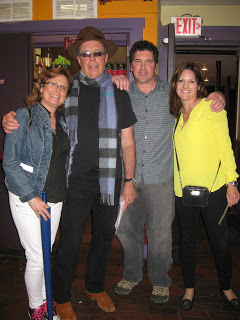 With eagle, in England 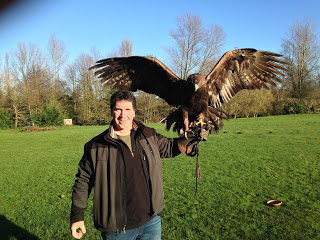 He and Karen at official Mass trapping class earlier his year, learning how to catch problem creatures dead or alive– not a common suburban skill! 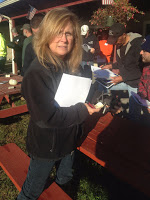 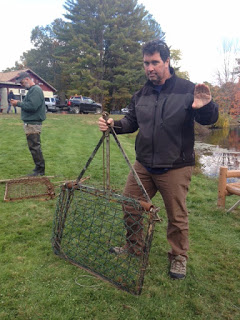 With me at the Magdalena shooting range, and with us at the Spur- his accent, without the consonantal “r”, delighting the cowboys: “Say ‘Jawj,’ George!” 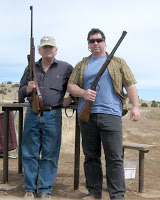 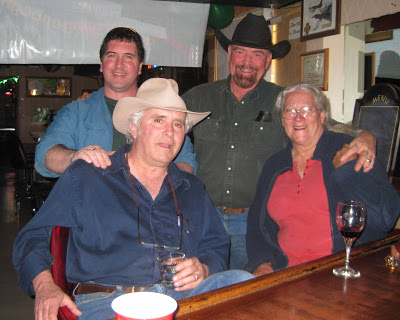 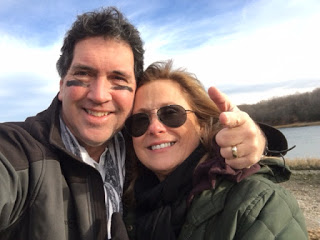 Telling cancer what to do: 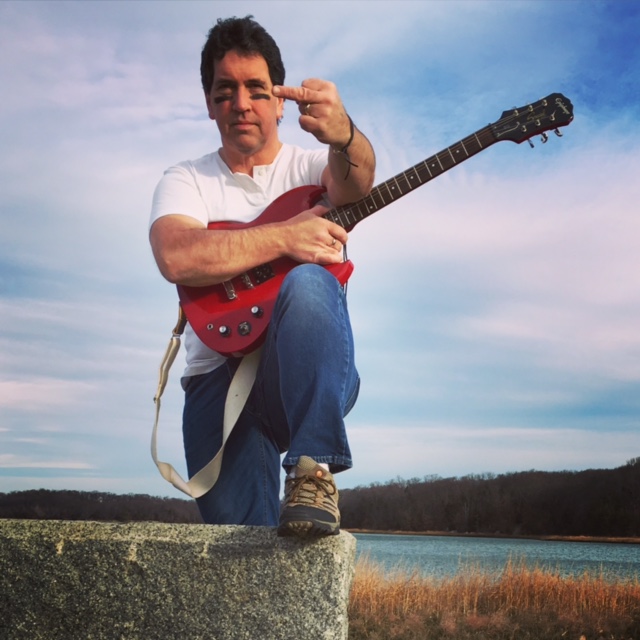