Darren’s opinion on feathered dinos is at LEAST as strong as mine, and better informed– but I didn’t do a T- Shirt. I don’t usually wear one, but I have ordered his, in a kind of dayglo golden orange at that… 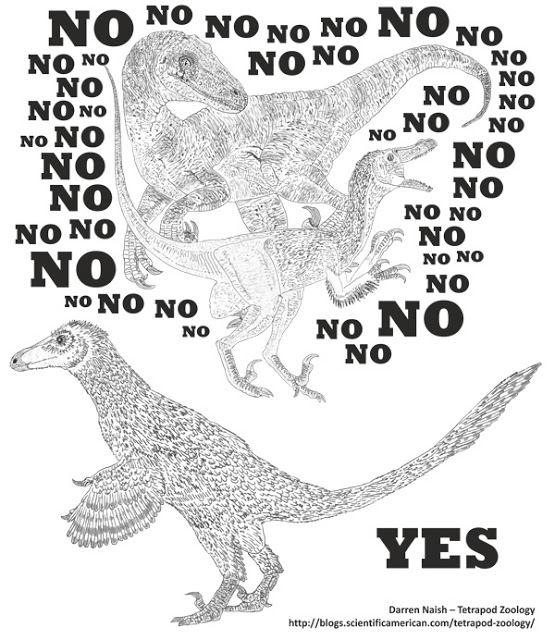 Darren’s blog(s)– his has had several versions and sponsors– have been what I thought of as my siblings, though his have always seemed more specifically “naturalist” in subject than mine. We have both been writing blogs for about ten years– he has theoretically fewer posts, though I would say far more substantial ones– I do a lot of light stuff, not to mention Magdalena and NM rural views. But we started linking, and talking about those great predators, Golden eagles, in his first post. This led to his appearance in my Eternity of Eagles ,  and mine in his first Tet Zoo collection.

I think the common subjects extend far further than a non- scientist, or perhaps a non- artist, might assume– ask my friend Carlos Martinez del Rio, who runs the Berry Center for Biodiversity at the University of Wyoming in Laramie (unfortunately,  often confused in the popular mind with the godawful Southwest Biodiversity Center down here, which mostly sues ranchers and puts them out of business (it is an open secret in the Southwest that one of the biggest real estate developers  down here is a big supporter, picking up the deeded private portions of the ranches when the Center gets them thrown off their public land leases). There is an unwritten book about one of the best arguments for public land ranching, AKA “welfare ranching” in certain circles. The deeded land is riparian and private; the leases are the dry uplands. Once the ranchers lose the leases, they must sell the home place, which usually has the springs and such, to developers, which as far as I can see DECREASES biodiversity. That it was founded by a failed graduate student in literature at Stony Brook, with a penchant for literary “theory”, rather than a naturalist or conservation biologist, is adequately documented in this story in the New Yorker, where you get the distinct impression that the writer went in as a fan and changed his mind.

Whereas the Center at Laramie, founded by a wealthy heir to a Main Line Philadelphia fortune who was also one of the four founders of the Peregrine Fund, exists only to study, promote, and celebrate the earth’s creatures in all their splendid diversity.

Early update: I would say these nice little figures of a Velociraptor mongoliensis and an Oviraptorid are nice, but not “birdy” enough– they are still “feathered lizards”. 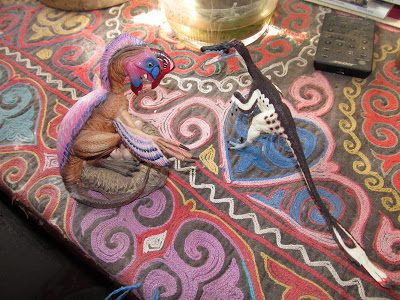 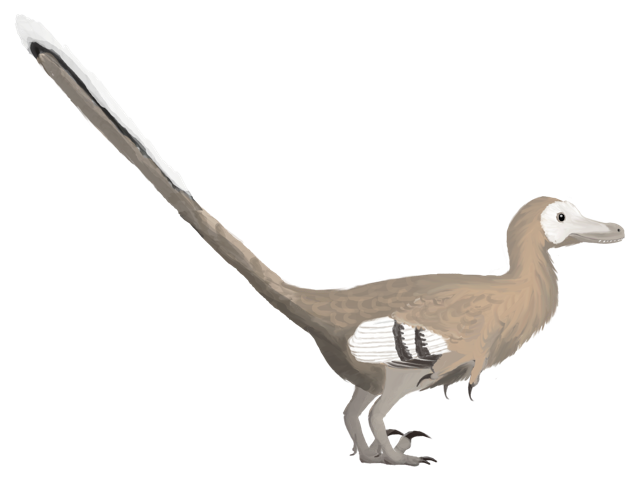 Watch for my swan song in the next Living Bird, my last scheduled assignment, called “They had FEATHERS!”