Zoo Paul McCormack sent us this article on the “eastern Coyote”.

I replied; “Two versions of this:

“One is the conventional, presented here: E Coyotes are a product of modern breeding between wolves and Coyotes who got here after humans altered the landscape.

“Two: They are a coyote x wolf hybrid like the red wolf from the south, but like it pre-Colonial, only with different proportions of genes.

“I rather favor the second hypothesis. I don’t think the Massachusetts colonists were country enough to tell the difference between C. lupus and C. latrans. I think different genes would be selected for in the North woods than in the southern bottomlands. But what do I know? You do know that C. latrans is a Native American, lupus a Eurasian invader. Eastern coyotes have much heavier dentition and occipital crest than the western ones. I used to have quite a collection. I also used to watch these and Eastern coyotes chase deer out onto the ice on Quabbin reservoir and kill them; ecologically, wolves in every way…

I LIKE them, but will will shoot ANY of them who kills my falcons. The (standard Western) ones on the West Mesa owe me, but I am without a varmint- caliber rifle at the moment… 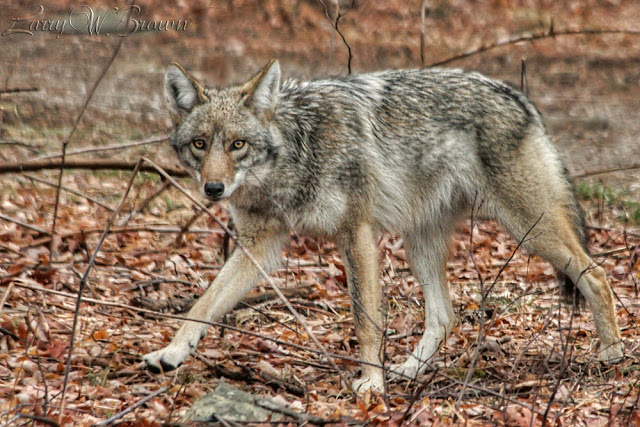 That got a correspondence going. Westerner Mike Kiester wondered what the “Massachusetts Wilds” mentioned by my old hunting companion Reed Austin WERE; Nantucket?

I replied:
“Well, THAT. But also where I used to live in forgotten west Central Mass, in the January Hills between Quabbin Reservoir and the Connecticut River Valley, a truly wild region (much more so than the more famous Berkshires further west) that includes land now classed as an essential “wildlife corridor” in the larger Appalachian ecosystem. Only eighty- some miles from Boston, it is cut off on the east side by huge Quabbin reservoir, which nearly bisects the state, where human passage has been legally banned since the thirties (yeah, right); on the west by the tobacco farms and universities of the Connecticut valley. Resident species are “northern”; include deer and sometimes wandering moose; bear, fisher, porcupine in your yard, at least one documented lion, the Eastern “Coyote” — a wolf in every way that matters— Goshawk and Bald esgle. Balds scavenging deer carcasses killed by the coyotes on Quabbin’s winter ice are not a rare seasonal sight).

It is a beautiful, dark, haunted, sometimes slightly creepy land, with a sort of regained virginity, which land can acheive.

But not without traces. There are deep wells you can fall into and never be seen again in the woods, traces of everything from King Phillip’s War to Boston’s edict to drown five towns in the 30’s .There are also houses built in the 1600s and still on dirt roads, secret underground rooms ditto, and the settings for AT LEAST two H P Lovecraft stories (“The Color Out of Space” and “The Strange Case of Charles Dexter Ward”). My hills TERRIFIED Lovecraft!