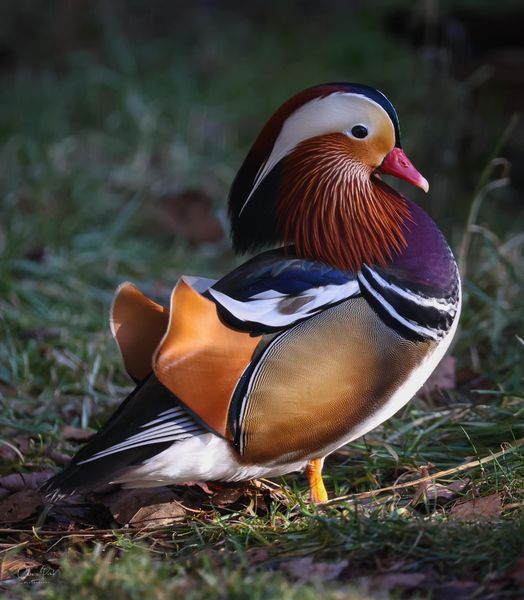 In the owls-of-the-eastern-ice book, they used mist nets over the streams to try to catch owls. They caught a lot of other birds, mostly, but they got Mandarin ducks, too. How would it be to see such a resplendent bird on an icy stream in their natural habitat? The color and form would be such a contrast to a sea of white. This guy is a city bird here and has been an online star for the last few months. He seems alone and is likely someone’s escapee. It is unlikely to be a wild born bird this far from Primorye .

The fins on the back look sculpted. The imagination would be hard pressed to outdo what evolution did.