Owls of the Eastern Ice

I stumbled over this somehow before it was out. Being about the Russian Far East, I was interested. I had never heard of Blakiston’s fish owl and was surprised it was the largest owl in the world. I was even more surpised it fished in the rivers there all winter long. The winters are famous for being brutal there and fishing seemed an impossible adaption but they do it. 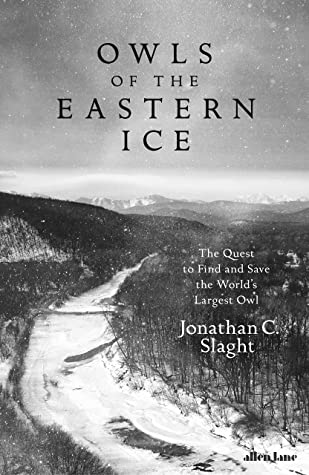 I forgot about it for a while. I saw Helen MacDonald’s good review of it here and was intrigued again. I forgot about it again then noticed it was an audio book download, via Hoopla and the library. I got it, not expecting much, but it is excellent. I am half way through his narration, which is nice, since he speaks fluent Russian and knows how to pronounce the difficult names correctly. He has a good speaking voice but I think some of it is computer assisted. I could be wrong. He is a good writer and makes some great descriptions of the area and its wildlife. It is one of the best books on the area I have seen. It doesn’t have the drama of  Vaillant’s, The Tiger, but it holds its own with its depth for the land.

It has gathered a lot of praise and awards as well as 850 postive reviews on the big river site which seems outstanding for a bird book. It may be more accurate to call it a travelogue but it works both ways.

This being the era of the web there is a lot more info on his web, blog and video sites.

More later if I get time.

2 thoughts on “Owls of the Eastern Ice”