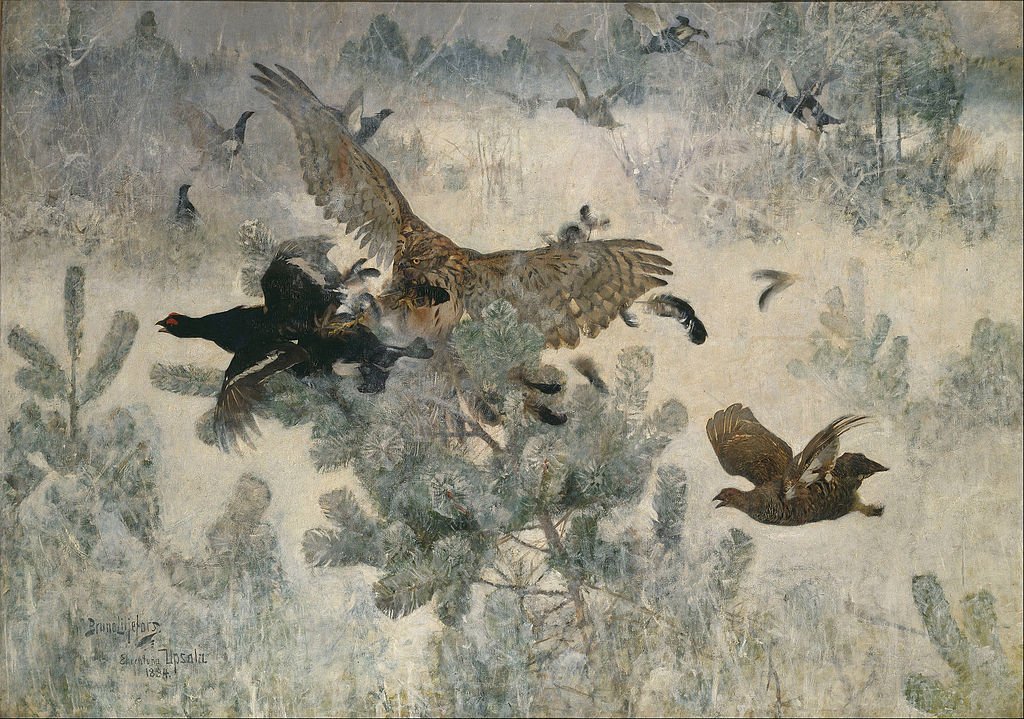 “Hawk and Black-Game” (1883-84), by Bruno Liljefors (Swedish, 1860–1939). This shows a Northern goshawk hunting Black grouse. It is based on dead specimens and set in a meadow near a cottage the artist once lived in at Ehrentuna, near Uppsala. He wrote: “The hawk model—a young one—I killed myself. Everything was painted out of doors as was usually done in those days. It was a great deal of work trying to position the dead hawk and the grouse among the bushes that I bent in such a way as to make it seem lively, although the whole thing was in actuality a still life.”

Bruno Liljefors had a birthday, last Saturday, the 14th. He was noted for being a genius of wildlife art well before his time. Few have equaled him. I saw an original in the Genesee museum, 20 years ago. It was impressive.

Steve considers this goshawk painting as one of the great ones. The quality of the web image likely does not do it justice. A lot more of his work is online.

Prior posts on him