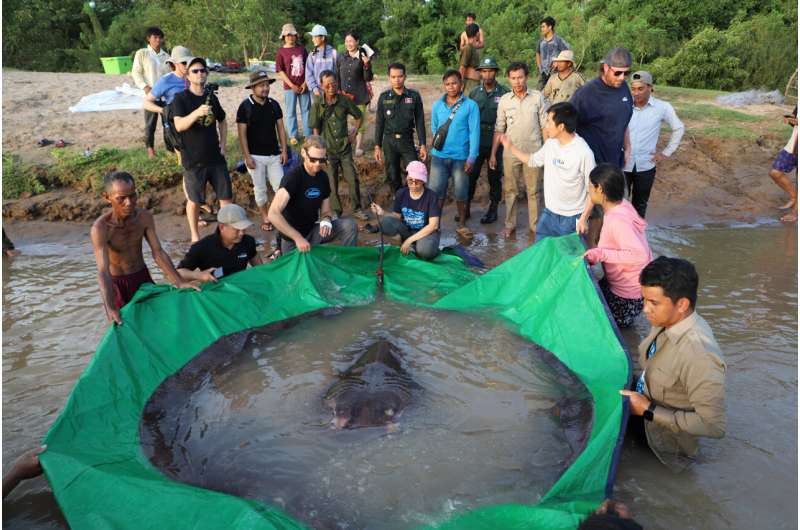 the 300kg stingray is the largest freshwater fish ever recorded

The stingray, captured on June 13, measured almost 4 meters (13 feet) from snout to tail and weighed slightly under 300 kilograms (660 pounds), according to a statement Monday by Wonders of the Mekong, a joint Cambodian-U.S. research project.

This is all over the news lately.

I first heard of this species on Jeremy Wade’s River Monsters show. He hooked a good one on the show and I remember his agony trying to land it.  He ended up snapped a tendon in his bicep, I think, which went on to plague him afterwards. He lost that one.

He landed this smaller one later. It was one of his better shows.

Steve referenced one of his books as a classic in his A Sportsman’s Library. See Chapter 29 there.

Wade wrote  Somewhere Down The Crazy River: Journeys In Search Of Giant Fish: The Story Of The Rediscovery Of The Indian Mahseer And The Goliath Tigerfish Of The Congo with Paul Boote. It is still the best fishing adventure book I have ever read.