Geoffrey Boothroyd really did write me on Model 12 Winchesters. He also really held that “position”- a critical letter to Ian Fleming on guns, early in the series, led to Fleming’s whimsically writing him into the books as a character.

Here is the Winchester letter. He later provided an intro to John Hill. “Johnny UK”, who became a good friend, over our mutual interests in Darnes. 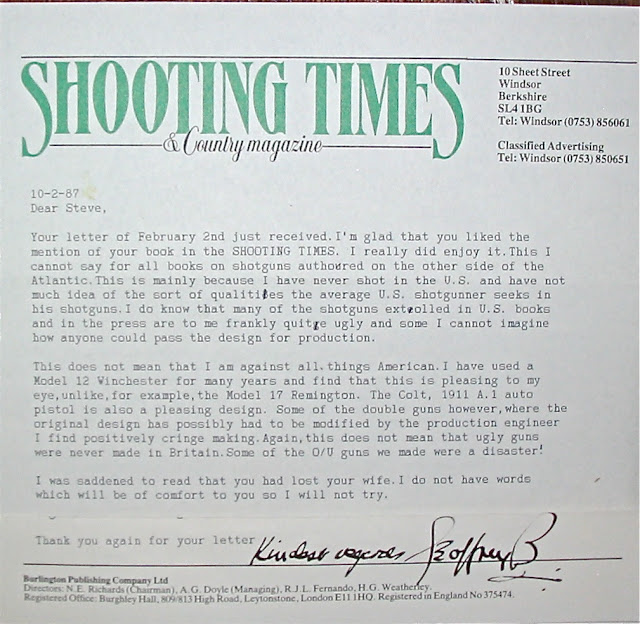 Of course it was a young and beautiful Betsy who, with Joan van Ness, attended a wild party at Goldeneye, Fleming’s Jamaica estate. Everybody knows everybody.

I wrote soberly on the Indian Vulture crisis years ago in the Atlantic.

They continued to decline; nobody gives a damn about serious whiny articles.

Today, my friend Jemima “Mima” Parry Jones, daughter of the grand old falconer Philip Glasier, sent me this YouTube piece of pro- vulture propaganda, and I am envious- it will likely be a lot more effective.

Mima is unusual- I am reminded of the remark, which sounds like one of Osxar Wilde’s epigrams, that in friendship , it is best to begin with a little aversion…

We were staying at Jonathan Kingdon’s near Oxford when  he decided we MUST se Mima’s original  Bird of Prey Center on the west coast of England (on a day trip- I will never get over the scale of England). I was a little dubious – I had heard she did not approve of some things I had written– but the chance to see all those birds was irresistible.

We  had fun exploring the park- it is where  I first encountered the African Crowned eagle I mentioned below. We also played with an Andean Condor who seemed fascinated with Jonathan’s car keys. 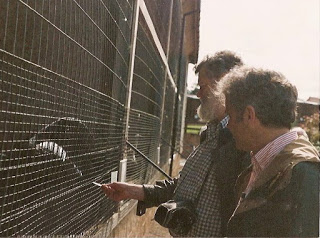 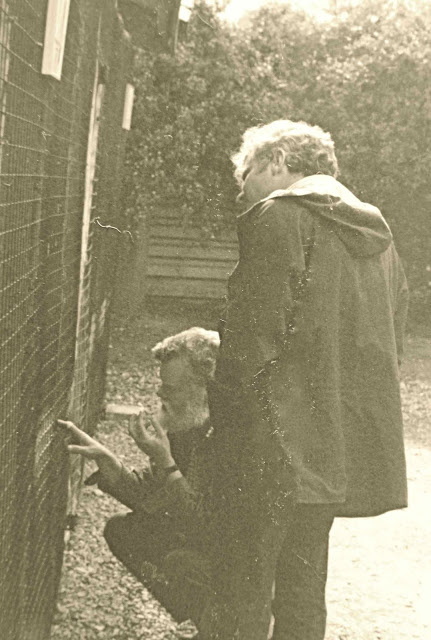 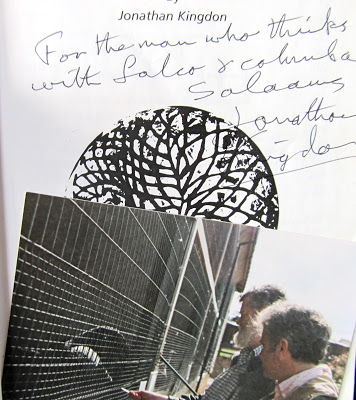 But finaly the time came to meet the proprietor. Jonathan ushered me into the office where she sat behind her desk and began “This is Stephen Bodio. He wrote..”

She interrupted him : I KNOW what he fucking wrote. He’s the cunt who write ‘The English have nothing to teach us but history!’ “ 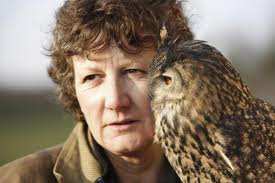 She glared at me  for a moment longer, as though to be sure I had heard her properly; then stood to shake my hand with a  dazzling smile. “Glad to meet you! Let’s go and see my birds.”

I don’t think she ever uttered a critical word in my direction again, but I am not sure Jonathan ever got over his shock..

As for Mima, perhaps the last word should go to Merliner Emeritus, naturalist, poet, and former schoolmaster John Loft. In  his local pub, over good peaty Scotch whisky and steak and kidney pie, on a foggy unseasonably cold  May night, I told him this story. He shook his head and said: “Stephen, if you think SHE has a mouth that could take your hide off, you should have known her father.” 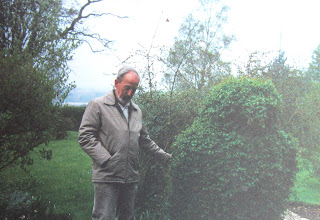 From a recent Guardian, as reported in the PLF blog. These children can’t be serious– I have see better reporting by high school students in rural New Mexico…

A review of David Astor: A Life in Print,
a biography of the former editor of the Observer, contained a number of
errors (20 February, page 7, Review). In the article we suggested that
William Waldorf Astor was named after a hotel, when in fact his name
referred to the family’s native Rhineland village. He didn’t build
Cliveden, as we suggested, but bought it, and he didn’t sack the editor
of the Observer for spiking his contributions (although he did sack the
editor of the Pall Mall Gazette, another Astor acquisition, for spiking
his contributions). We said Katharine Whitehorn was women’s editor of
the Observer when in fact she was a columnist. We said Patrick Leigh
Fermor compared David Astor to Disney’s Pluto; Fermor actually compared
the writer Philip Toynbee to that cartoon character. Terence Kilmartin
replaced Jim Rose as Observer literary editor, not JC Trewin. During the
war, David Astor didn’t merely suffer “a mild attack of dysentery” as
suggested in the review. In fact he was wounded in action during a
German ambush in the Ardennes. Terence Kilmartin is believed to have
been involved in his rescue, and Astor was awarded the Croix de Guerre. 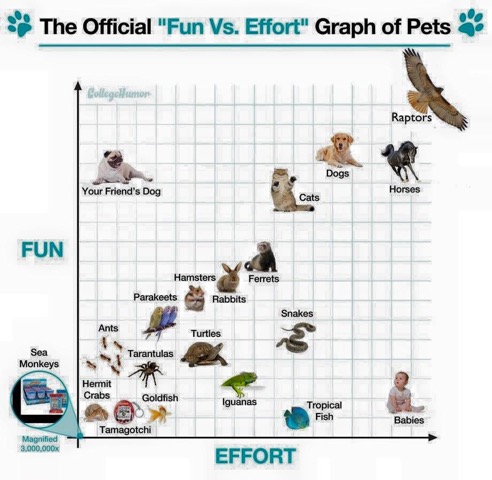 This amazing illo of a mammoth apparently walking out of a frozen bank is from a 19th c childrens’ travel book. The text is sensible enough but the ilustration almost made me buy the book.. 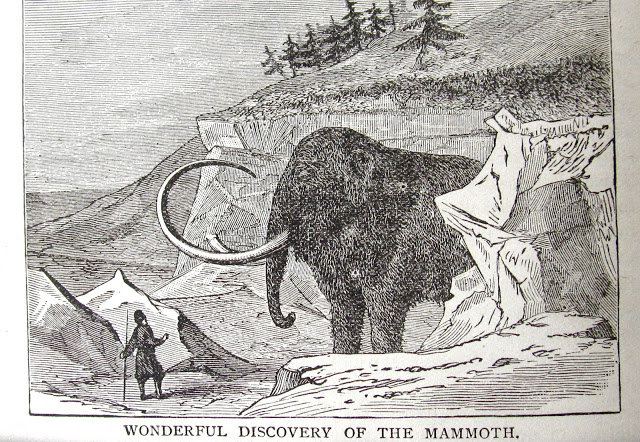 Plenty of material, madly busy, but this image, courtesy of John L Moore, will stand, as truth, as a testimonial to my old rifles, and to  my vanity that my hair is growing back, if not quite here yet. At least I can go out now without a hat… 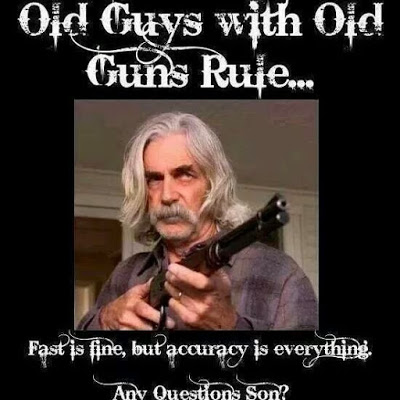 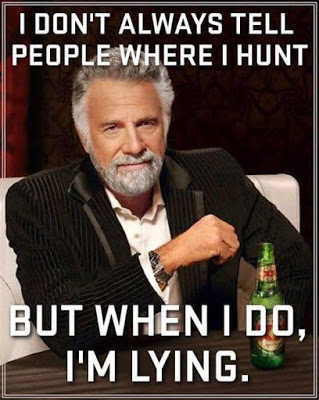 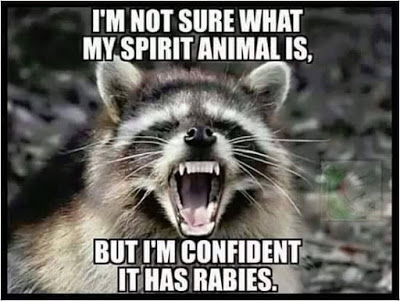 Charley Waterman used to say. of a dog that always occupied the driving seat when the humans were absent, that she knew driving was important, and that somebody had to do it; she just didn’t know how. 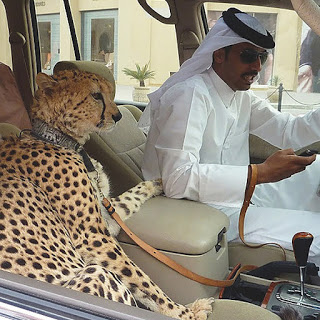 From Stacia Novy. Picture this revolving above your hospital bed. I WANT one… 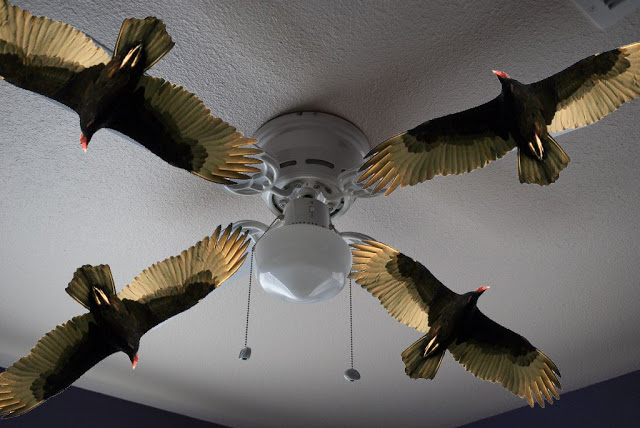