Querencia reader and frequent commentor Annie D has just been to Costa Rica, where she photographed many amazing birds, insects, and plants. One of my favorite sequences (other than some beetles I hope to get later for Pluvialis) was this group. The toucan 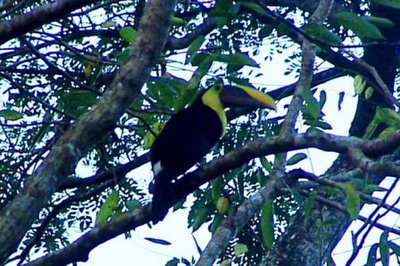 was one of a group trying to steal eggs from a Bat falcon, which was nesting in a hole in a tree trunk. Bat falcons are tiny– even smaller than Merlins– but true falcons, and one of the most beautiful at that. They have been tried in falconry, but all I know have been eaten by larger birds of prey when flown in the open–!!– they apparently are used to the cover of at least partial canopy forest, and need it, unlike most falcons. Will Beebe wrote of the nesting habits of a pair in one of his long- out- of print books from the Thirties that made me want to go places and see things– I was ruined by books! This sequence captures the gorgeous little predator facing off, calling out in alarm, and finally taking off to repel the bigger birds. Thanks, Annie! 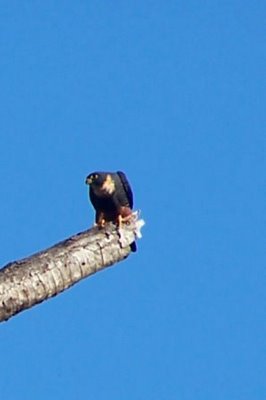 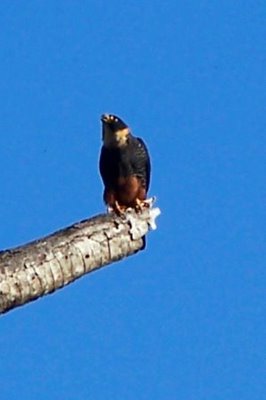 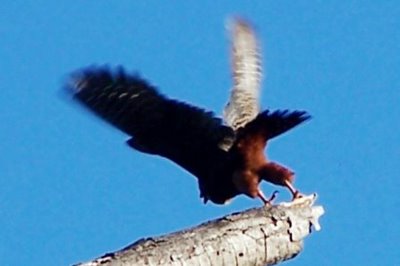