The two-day eagle festival outside Sagsai was a thrilling event, with 82 hunters on horseback with their birds, flying to the fist and to the lure. There were other events, including a camel race, a horse race, goat tug, and other fun events, but the eagles were what had brought us all to that valley. Because one of the two airlines had shut down fights the week before, there were less tourists than the year before.

These were great days that ended too soon. Armanbek participated in several of the non-eagle events, so we cheered him on. But his presence there was really to help our three eagle hunters. It was Armanbek who stayed with the eagles at the rock perch and settled them in as the hunters rode down below and prepared to call them to the fist or lure. One of our hunters, Bakht, ended up in second place – at both eagle festivals we attended.

The Monday after the big eagle festival was slated to be election day in Mongolia, so many of the eagle hunters left mid-day on Sunday, hurrying home to be there to vote. We had a long, slow and painful goodbye with our Kazakh friends. I was later disappointed to read that several regions of Mongolia had such a low voter turnout that they were going to have to have re-elections. Here’s a few final images from those last few days in Mongolia. 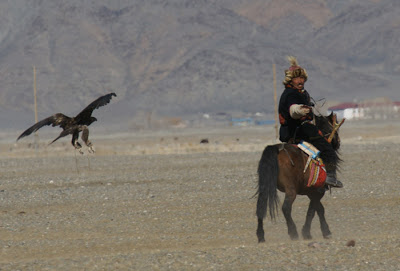 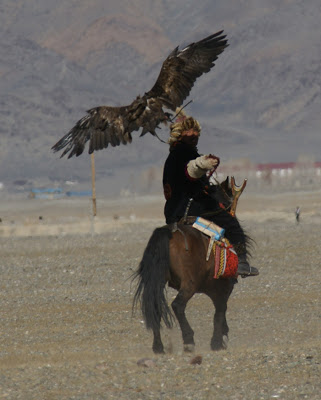 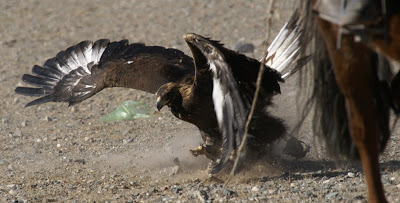 3 thoughts on “The last of Cat’s Mongolia”