…which will do almost everything.

First, a magnum on the French Darne sliding-breech action. A little expensive to shoot, and a bit “kicky”, but able to take everything up to the largest birds. 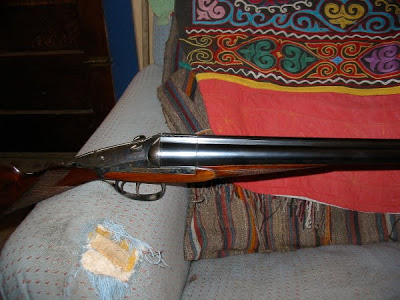 Second, a Stephen Grant Best London pigeon gun, with a sidelever action and rebounding hammers in the last stage of hammer evolution. It was made in 1879 and is in nearly mint– NOT restored!–condition (perhaps hidden away after someone died)?) This is a heavy gun with long chambers and is able to shoot modern ammo, despite myths about the weakness of Damascus. It is my sit-down dove gun and swings beautifully with its heavy and rather odd original 31″ barrels (I checked this detail with Atkin, Grant and Lang, who still have all the records and will back it up.) 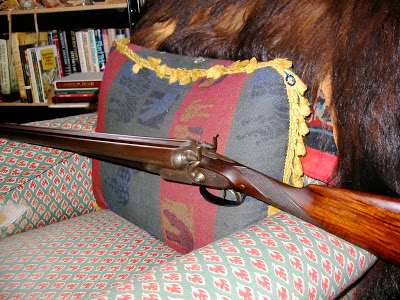 Finally, what until recently was my hill quail and walking gun: a 16-gauge Manufrance Ideal, light enough to carry, stout enough to shoot at anything at reasonable distances. 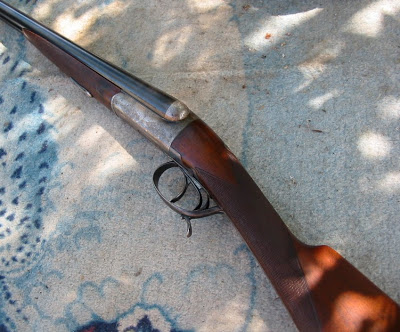 Since I am less mobile and broker than ever, I sometimes think I should get brave and sell some or all of them, and buy something like Andrew Campbell’s “Sidley”, actually made by Webley and Scott. It’s a 20-bore that weighs only 5 pounds even though it has 30″ barrels, and is proofed for 7/8 of an ounce of shot. Its light weight would be easy for me to carry, even when I’m walking badly, and the long barrels would still smooth my swing. It really is a beauty — no engraving, nothing superfluous, just what Tom McGuane called, describing an elegant skiff, “a simple linear gesture”. 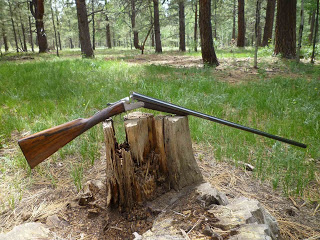 7 thoughts on “Three shotguns (and a look at a fourth)”