Larissa (the tall original human one, not the swift red one) dances at Burning Man. I mean, she is not just a– did I say TALL, drop- dead gorgeous, Russian American goddess, classical actress, a writer of books, and arts critic, she is a PERFORMER.

My friend Anne, another St John’s graduate (Johnnie), as are Larissa, Odious, Peculiar & Mrs P among other Blogfriends, has been told by her kids that Johnnies are “nerds”. I think even Arthur has thought so, at least in the past. My definition of “nerd” allows for more cool than they may think, but Larissa breaks the boundary down and stomps on it.

And here is a better lit version… 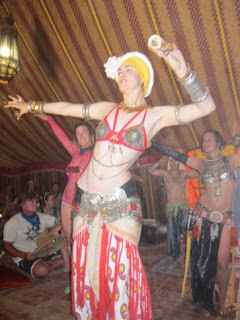 Shiri, who usually supplies action photos of the kids, visits, and snaps us. And I her… 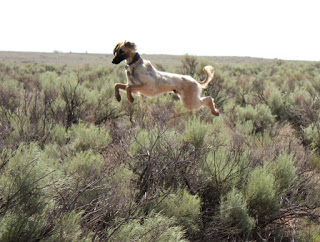 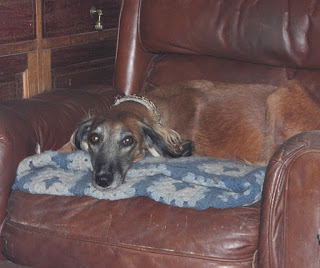 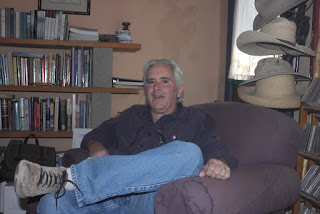 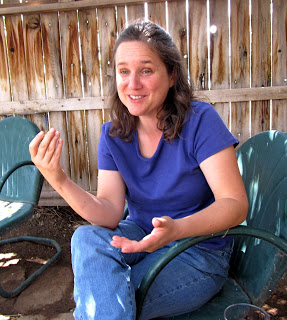 Sadly, I have not just this one but several elegies due for lost friends recently, some of whom I knew better than Burt, some still to write. But his death this week hit me strangely hard, perhaps because he was more than ten years younger than me.

Burton was a member of the Alamo, our tiny isolated tribe of the Navajos, an interesting community. I suspect that they never totally chose an identity from one of the two big southern subdivisions of the Athabaskans, Navajo or Apache- Burton’s locally common surname suggests the situation. They also ducked the sweep by Kit Carson that removed most Navajos to the barren lands of eastern New Mexico for years, which smart move got them branded as “witches” (skinwalkers) and traitors, not only by bureaucrats on the Big Rez but also by blonde government employees like one I met at a wedding in Boston once who pitied me for living where I did, because the mainstream Arizona Navajos she worked for had told her how bad our neighbors were.

In recent years Burton had fallen on hard times, some doubtless of his own making, but he was always a loyal friend. Unlike many on- Rez tribal folks he was a rancher, stockman, and rodeo cowboy who scorned the government dollar and wanted his kids to be “modern”- he actually fought an organic gardening program at the local school I rather liked, telling me “DAMN, Steve, I want them to learn computers!”

Whatever the virtues of that, I will forever cherish the answers I got from him one night when he had just come back from Alaska. Burt was well- traveled, more than most of our neighbors, and had been to Hawaii and the east coast already. But I was both curious about one thing and reluctant to bring it up for fear of offending. Though Navajo tradition puts their origins in the Four Corners country, not far away, the Athabaskans are relatively recent arrivals, only preceding the Spanish by a few centuries, with relatives along the trail from the north, and a possible genetic affinity with people in Mongolia and even more specifically on the northern Tibetan plateau.

Knowing that there were Athabaskan speakers in Alaska, I diffidently asked if he had met any and if he could understand them.

“You mean those DUMB Navajos?”

“I would say that anyone who made a LEFT turn and went north after they crossed the Bering Land Bridge, instead of turning right and coming down here, was pretty damn dumb!”

SB with Model 12 20, PD with old Orvis AyA sidelock. The food and company beat the shooting. 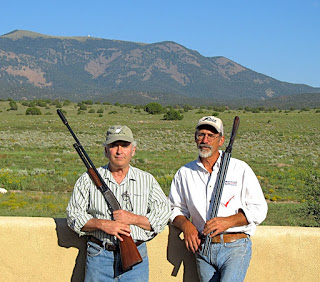 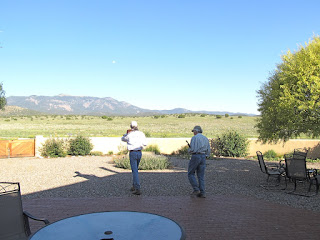