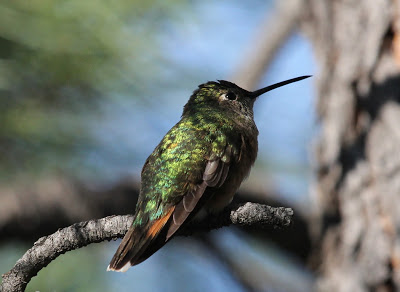 For a while there we had around 20 hummingbirds a day coming to our feeders. Tweaking the formula for nectar appears to have have a real effect. It seems though that the rufous and calliope hummingbirds have left for Mexico and we just have a few broad-tailed hanging around. 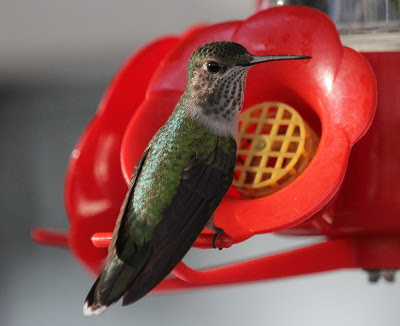 I have been finding that it is quite a challenge to set up shots where I can get the lighting right to get their feathers to light up. 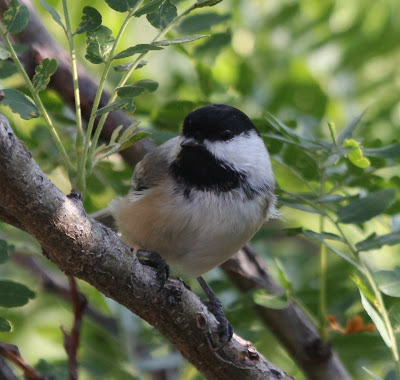 Some chickadees returned last week. I have neighbors who claim they have black-capped chickadees that stay around all summer, but ours seem to leave in early June and don’t return until about now. I assumed they moved to higher altitudes in the mountains, but maybe they just go visit our neighbors.

This fellow is in one of the locust trees off the deck, but he looks like he is lost in the jungle.