If  (as I think) “Tazi” and “Saluki” are linguistic rather than biological distinctions, reflected where Arabic turns to the Turkic and Persian tongues, the title is redundant.

The pics are not, and even clinal change admits some differences. Iranian tazi, stolen weeks ago, returned to its horse archer partner this week, a friend of a friend (“it”  only because I do not know “its” gender). 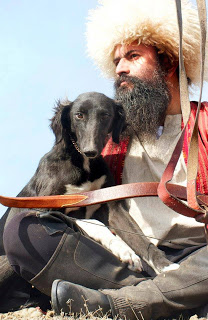 It is BLACK, not tanpoint, as is this one on the other end of the Salukiverse, in Xinjaing, taken by Sir Terence Clark. You don’t see real black in the Arab countries, only east of the tazi line. 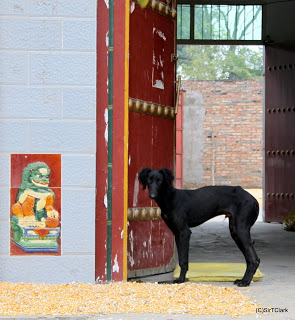 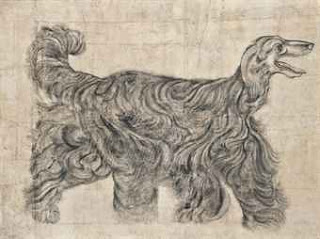 Even in the early 19th century some Afghan tazis had BIG coats.