Andy was right about the photo of Libby a bit below, but didn’t guess the place. The photo was taken in 1966, when she was digging on the important early American Hell Gap archaeological site in southeastern Wyoming, east of Guernsey, under the leadership of the legendary Cynthia Irwin- Williams.

Libby got her degree, and dug at some other early American sites, including one near Cabezon in New Mexico then called “Anasazi Origins”. But eventually she left and pursued other careers, from Outward Bound instructor and Himalayan trekking guide to professional private chef and head of Patagonia mail order. She still has the best eye for human artifacts and tiny tools I have ever seen, but it is mostly just for fun, and we leave them in the field.

The enormous collection of tools and bones ended up at Harvard for a while, but when our friend Laura Niven was going for her advanced degrees in Wyoming , almost 20 years ago, she found that they had been “repatriated”. We found out when she called us in excitement, having found Libby’s name and that of her older sister, Elizabeth and Eleanor Adam, on many of the labels. 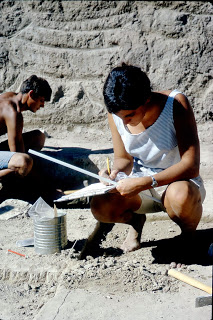 In recent years, what with hanging out with the Farmers (Reid and Connie are BOTH archaeologists) and working with the Forest Service as “site guardians”, we have again gotten interested in such things, though as a biologist manque, I favor the  end of the Pleistocene with its monsters and “first contacts”,  Paleoindian  better than “Pueblan”. So when we knew we were going up to Wyoming, we asked Carlos to set us up some time with theGeorge Frison Institute. Frison himself was someone who wrote one of my favorite American anthropology texts, Survival by Hunting. 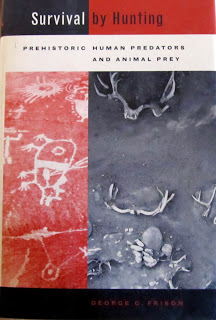 One illustration in the book is of particular interest. Ranch- born, Frison knew that eagles were common and effective predators on pronghorn, though it is still hard to convince some people today. A rancher friend of his painted the scene, which closely resembles three wild kills I have had described to me.

The woman who was teasingly referred to as “The Mysterious Libby” was welcomed to the collection by Marcel Kornfeld, who also found that picture of Libby. By the time we left, she was considering returning to dig as a volunteer next summer. I hope to get her to tell a few tales of her digging days in a bit. 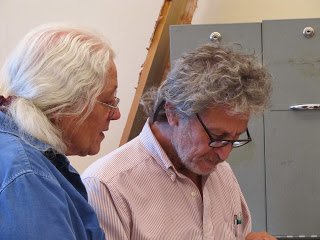 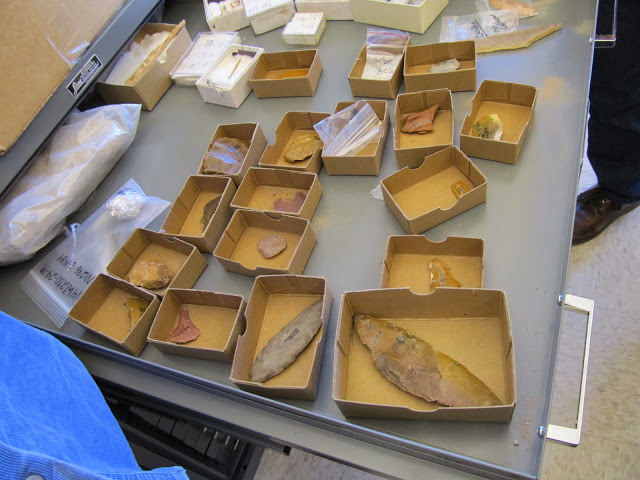 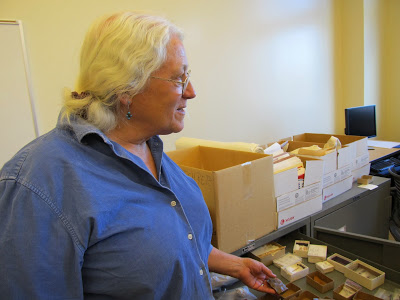